New Mexico is a state rich in culture, history, people, landscapes and art. Hotspots Santa Fe and Albuquerque have been on the map for a while, but we’ve explored some of the New Mexico’s more hidden gems. 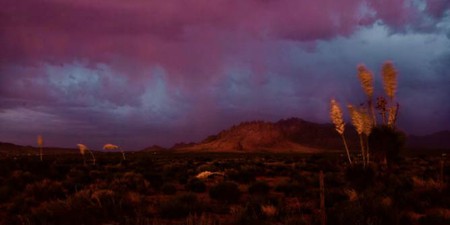 Chaco Canyon, a national historic park, contains ruins of an ancient civilization dating back to the 800s, belonging to the Anasazi. The Anasazi themselves are surrounded by mystery. Their civilization has all but disappeared, survived only by its descendants within the Hopi, Zuni and Acoma tribes. What caused the disappearance? Was it because of the scarce resources created by a long drought, or something else entirely? An article by the Smithsonian explores the various theories surrounding this exodus.

According to the National Park Service this Anasazi city was the ‘ceremonial, administrative and economic center point within the San Juan Basin’. Chaco Canyon has also been named an International Dark Sky Park of Gold Tier Status – meaning it is one of the best places in the nation to experience natural darkness and observe the cosmos. This is fitting, since the Chacoans observed the heavens and built their city around it. For a famous example, look towards the Sun Dagger. This site was crafted by the Chacoans to mark the sun’s cycles. Whatever the reason for their disappearance, this park proves to be a valuable experience in history and culture, surrounded by classic New Mexican landscapes and wildlife. It is within a remote area, so you should plan where to stay ahead of time.
Chaco Canyon, NM, USA, + 1 505-786-7014

Park, Theater
Facebook
Email
Twitter
Pinterest
Copy link
Share
Map View
With more than 100 limestone caves – the Big Room measures about 2,000 feet long and 1,100 feet wide with a ceiling 255 feet above the floor – Carlsbad Caverns is the most extensive and decorated cave in the world. Indeed, the Caverns have earned the title of a World Heritage Site, the second within the state. You can explore this natural wonder below the Guadalupe Mountains (an ancient reef containing fossils dating back more than 250 million years ago) on a self-guided tour or via several guided tours.
On the guided tours you have six options. From slippery trails, free climbing, crawling, and even observing the cave with only candled lanterns, each cave tour is an adventurous experience filled with wondrous formations. Whatever option you decide upon, you can also stick around for a night show featuring a short presentation on the caverns wildlife. Follow this by watching Carlsbad’s large colony of bats ascend from the cave’s mouth. Overall, Carlsbad Caverns is a great way to spend the day. If you still have some adrenaline pumping through you, head on over to the Carlsbad drive-in theater (one of two within the state) to round off your evening.
Open In Google Maps
Carlsbad, New Mexico, 88220, USA
+15757852232
Visit Website
Give us feedback

Acoma Pueblo is the perfect example of New Mexico’s rich history. It is the oldest continuously inhabited settlement in North America and holds the title ‘Sky City’. This community lies atop a mesa, hundreds of feet above the valley below, and has been around since 1150. With more than 250 dwellings, all lacking running electricity and water, it is the only Native American National Trust Historic Site. It was named a National Historic Landmark in 1960.
The history of how the people came to be on top of this giant, how it handled the coming of the Spanish and more, are all explained during the tours offered by its people. This provides an interesting experience for all. After visiting, the stories of the Acoma will continue to stay with you and the moments you share with its citizens will be treasured. Hopefully, you will learn more about their culture and share it.

White Sands became a national monument in 1933, but this natural formed gypsum dune field has been around for more than 7,000 years. The area is roughly 275 square miles, making it the world’s largest gypsum dune field. Outside the monument, and inside the missile range, lies the Trinity Site, where the first atomic bomb was tested. White Sands offers opportunities for many activities – picnics, dune sledding, camping, stargazing and hikes are just some of the pastimes you can take part in. As night approaches, watch New Mexico’s most treasured spectacle: its beautiful sunset. Just be careful of Pavla Blanca, the resident ghost of White Sands. Although not as scary as the legend of La Llorona, it is better to be safe than sorry.

Imagine traveling across a desert landscape, dusty and tired from travels, worried about your water supply, and finally finding a place to refresh yourself. El Morro, a ‘Shaded Oasis’, is just such a place. This sandstone bluff is covered in petroglyphs and inscriptions – the inscriptions dating back as far as the 1600s. The oldest example was written by New Mexico’s first governor, Jean De Oñate, while the state was still under Spanish rule. The petroglyphs themselves date back from 1340 to 1014.
Atop the bluff is a Native American ruin called Atsinna, or, translated, ‘place of writings on the rock’. This ancient Pueblo contained around 875 rooms, only partially visible from excavation. This is a remnant of the Zuni and their ancestors. It was created in the late 1200s and abandoned before the Spanish first came to visit El Morro. The reason why is still a question to be answered, although it has been theorized that El Morro was a defensible area with a dependable source of water – a perfect place to wait out a drought. When the drought ended, the Atsinna people may have migrated back to their pueblos on the desert floor.