Newark’s culinary culture is a melting-pot of traditions and influences, ranging from modern American fine dining to the centuries-old recipes of the Portugese and Spanish immigrants who made the city their home in the early 1900s. We bring you a carefully selected listing of the 10 unmissable restaurants in this thriving cultural hub. 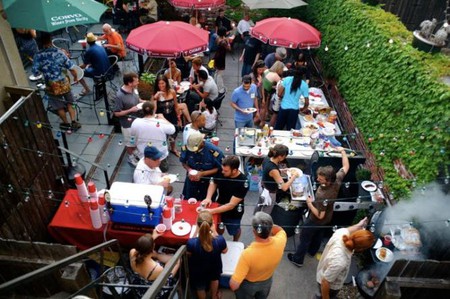 By day, 27 Mix is a top-rated fashionable restaurant, and by night it becomes a lively music venue. Patio doors lead to an al-fresco dining area, allowing the restaurant’s visitors to pour out into the warm New Jersey evenings and listen to local bands. The signature 27 Mix black-bean soup, speciality pizza and burritos and chicken wings are dishes to try, the mix of cultures allowing diners to get a rich variety of flavors all at once. With such a lively bar area as well as a delectable menu, 27 Mix is the perfect venue for either a formal sit-down meal or a culinary night out.

If you’re after an old-school Spanish restaurant, Don Pepe is the place for you. Located on the McCarter Highway, this old-time restaurant stands among the new like a time capsule, offering a welcoming and familiar environment. Serving up large and hearty portions of traditional Spanish fare, you definitely won’t leave hungry. The seafood is especially worth trying, whether you choose a classic paella marinara (shellfish with saffron rice) or the self-titled mariscada Don Pepe – a shellfish casserole featuring a combination of brandy, wine and tomato sauce. 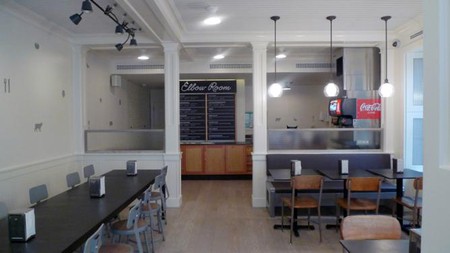 Founded in 2012 with a mission to put mac and cheese back on America’s menus, Elbow Room – which takes it name from the term ‘elbow pasta’ (the slang for macaroni) – serves the classic with every meal. The menu ranges from the humble hamburger to lobster, with chicken tinga maca, a Mexican-inspired chipotle chicken stuffed with Monterey Jack cheese, being one of their specialities. Such an eccentric and original menu could only be thought up by an equally eccentric chef, a mysterious man known by staff as ‘Mr Elbow’, who is believed to live with his grandmother and to come out of seclusion only to fuse flavors and create the quirkiness Elbow Room is so famed for.

Renowned for offering its customers an unprecedented selection of meat, Fernandes Steak House is every carnivore’s holy grail. Its special rodizio is something of a Brazilian festival in itself – traditionally cooked barbecue meat skewers served up one after the other, with strictly no doggy bags allowed. If you’re not looking for a fast and furious dining experience, there is an impressively large menu to choose from, with great selections of fish, as well as meat. The restaurant is located just out of the way of the rest of Newark’s Ironbound region, but it’s definitely worth the extra effort – after a rodizio you may even appreciate the extra exercise.

Forno’s of Spain has been described as a ‘must-see’ when visiting Newark by various national magazines, offering the best of traditional Spanish cuisine, and boasting the largest selection of vintage Spanish wines in the USA. Aiming to provide an authentic experience, staff are both knowledgeable and attentive, contributing to the restaurant’s consistently good reviews. Both the seafood paella and the sangria come highly recommended. Though the menu can seem quite pricey, at Forno’s you pay for dishes that could have come straight from the kitchens of the Iberian Peninsula.

Hobby’s is a traditional Jewish delicatessen, run by the Brummer family since 1962, and still using the same methods to produce its timeless classics, alongside offering more modern fare. They describe their sandwiches as ‘Sandwich Artistry’, enveloping their painstakingly cured and cooked meats in a huge doorstop of a sandwich. Options include the Hobby’s Triple-Decker Special, which includes turkey, tongue, pastrami, coleslaw and Russian dressing… and we haven’t even begun to describe the burgers yet. Over half a pound of freshly grounded beef makes up a Hobby’s burger, broiled to your taste, and served with all the trimmings. This is a delicatessen that brings together the best of the deli tradition and the best of Jewish cooking, and makes it American – big in size and big on taste.

Another family-run restaurant, this time serving up the best of Italy in an intimate environment that ensures your European adventure begins at the door. Luigi’s is named after the owner, and offers an unpretentious sample of Italian cuisine the way the locals would cook it, for a reasonable price. Diners become part of the Luigi’s family, so booking is highly recommended, as its always full of regulars. It’s BYOB, so even though its not the most formal of dining experiences, if you want a piece of culture in the middle of Newark you need look no further. 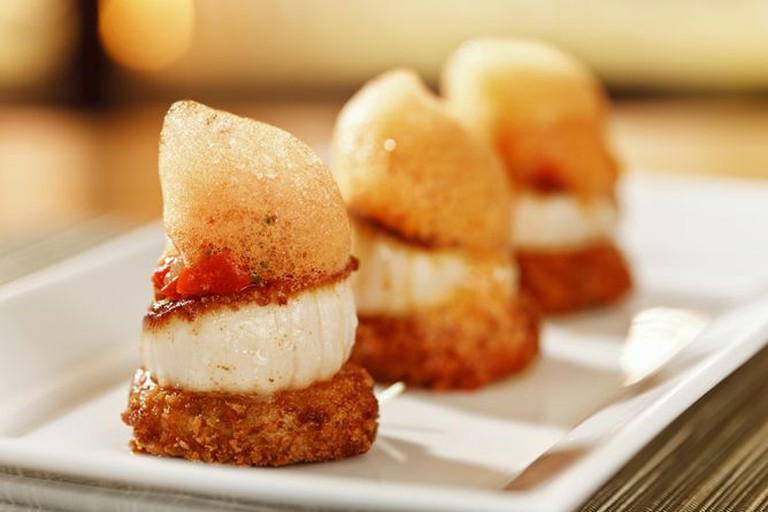 NICO Kitchen + Bar | Image Courtesy of NICO Kitchen + Bar
Located in Newark’s Ironbound district, Mompou offers the taste of Spain and Portugal in a trendy and fashionable setting. Offering relaxed but effortlessly cool decor, including exposed brick and copper trimmings, the restaurant doubles as a venue for live music events, making it ideal for dinner or drinks. Tapas fits perfectly with this atmosphere, and Mompou’s stacked trays allow you to indulge in as much as you like, at your leisure. For mains, try the baby lamb chops, and finish off dinner with the deliciously traditional Spanish sponge cake – the tres leches cake.
Open In Google Maps
77 Ferry Street, North Ironbound, Newark, New Jersey, 7105, USA
+19735788114
Visit Website
Give us feedback 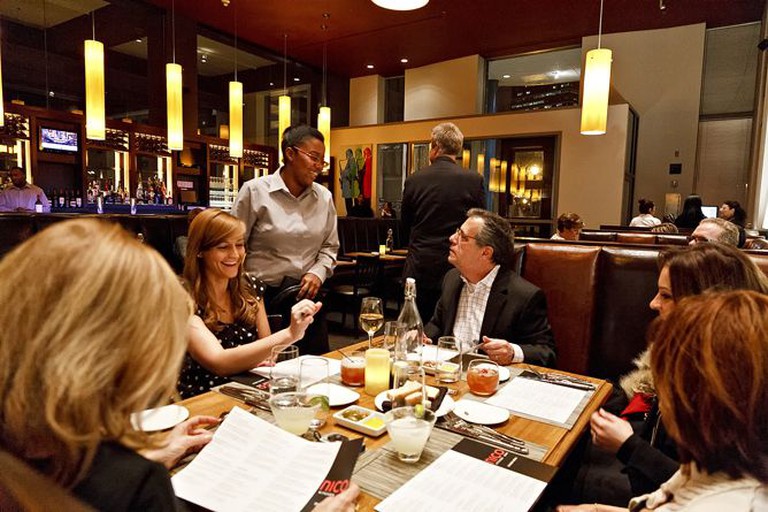 NICO Kitchen+Bar, Newark | Image courtesy of NICO Kitchen+Bar
NICO Kitchen + Bar takes Italian food and reinvigorates it with a gourmet finish, exemplifying Newark’s fusion of cultures on a single plate. Chef Ryan de Persio reimagines old classics into indulgent and luxurious dishes. His mascarpone polenta fries and ricotta gnocchi are just two examples of his meticulous and creative repertoire. The restaurant is located in the heart of the city’s theater district, including the Performing Arts Center, making it ideal for a pre-theater stop off.
Open In Google Maps
1 Center Street, Central Ward, Newark, New Jersey, 7102, USA
+19736421226
Visit Website
Give us feedback

Get a taste of the Mediterranean at PortuCale, a Portuguese restaurant that stays true to the origins of its culinary heritage, by using the staple ingredients of tomatoes, olive oil and wine, alongside African hot peppers, cloves, ginger and cinnamon, which found their way into Portuguese cooking from the country’s former colonies. The seafood dishes come highly recommended, particularly the stuffed lobster tails, and all is served at a reasonable price. There is also a lively bar in another part of the restaurant which shows live sporting events.