This Is How Trenton, NJ, Got Its Name 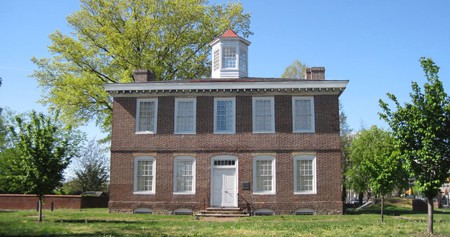 Like many East Coast colonial towns, Trenton is named after one of its founders, but there’s a whole lot more to the story than just that.

The New Jersey state capital began as a Quaker settlement, in a region then called Falls of the Delaware, in 1679. About a decade later, a merchant trader named William Trent emigrated from Scotland to Philadelphia, where he became one of the city’s richest and most well-known residents.

Trent’s trading operation moved furs, wine, rum, molasses, tobacco, and people. Trent got rich in the slave trade—and that’s not the last time slaves get hurt in this story. 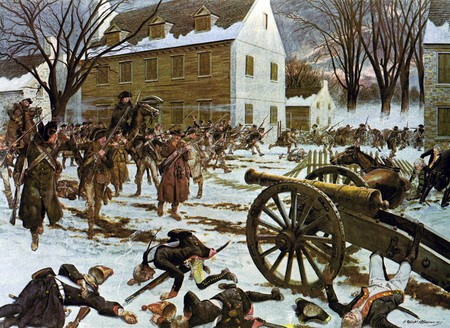 In 1714, Trent built a country house in Falls of the Delaware and bought a huge tract of land from the Quakers. He moved into the house with his wife and children in 1721. Trent quickly became active in state politics and was elected to the New Jersey Assembly and appointed as chief justice of the State Supreme Court. He was so well known that people began referring to the settlement surrounding his mansion as “Trent’s towne,” which was shortened to Trenton soon after that. 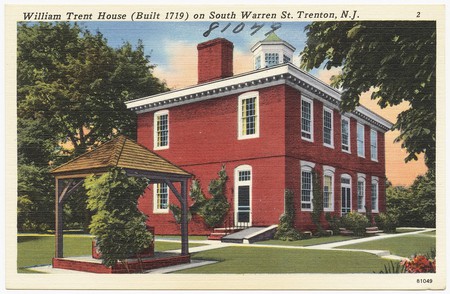 Trent died on Christmas Day 1724 from a “fit of apoplexy,” or what might today be considered a stroke. His date of birth is unknown, so historians can only estimate that he was between 58 and 69 at the time of his death.

Years later, in March of 1737, three African slaves were arrested in Trenton and accused of a number of poisonings. One of their alleged victims, whose death was presented as proof of their guilt, was William Trent. The slaves were found guilty and hanged.

William Trent’s country house was used for many years as the New Jersey governor’s mansion, and today it’s a museum, owned by the City of Trenton and open to visitors.