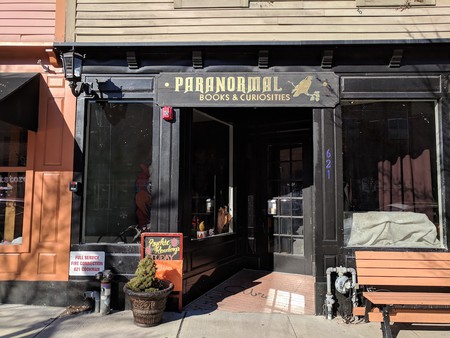 Asbury Park, New Jersey has a long history of keeping things weird and today, as the area becomes more developed and populated, there are still plenty of sites dedicated to keeping that strangeness alive, namely Paranormal Books & Curiosities. This Cookman Ave store also houses a museum that is famous for its eerie oddities and artifacts.

Thinking about checking it out? Before you go, here are the weirdest things you’ll find at the paranormal museum.

One of the most popular items on display is the haunted doll collection. While all the dolls are creepy in their own way, there is none more frightening than Ida, a resident doll with bright-red, bloodshot eyes, markings on her face and a strangely crisp and clean blue dress. One look at Ida would be enough to scare you silly (and also wonder what the story behind this toy is?) but owner Kathy Kelly remarks that at the end of the tour, you’re welcome to stay and look more closely at the dolls – alone. Us? Well, we’ll meet you outside.

The things that nightmares are made of #ghosttour #asbury

Donated to the museum by a family from the New England area, this haunted horn’s mouthpiece has an historic background and eerie story. It once belonged to a Revolutionary Wartime soldier who died in their farmhouse, family members claimed they would hear the horn sound at a time of major change, such as a birth, death or any other major life event. It remained silent for years until the museum underwent a major renovation and suddenly there was a low, mournful sound of a horn… 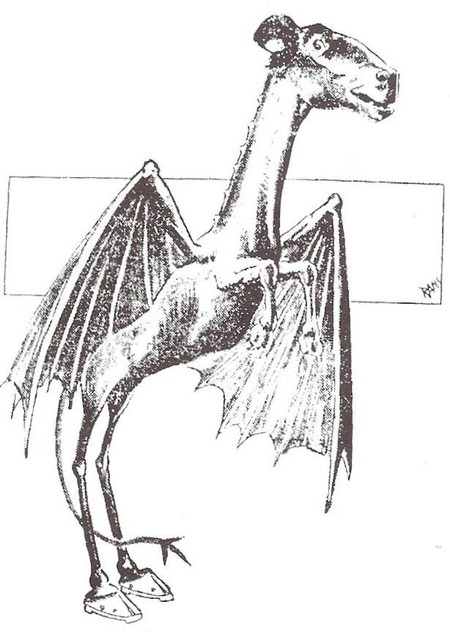 Many visitors are unaware of the fact that when the museum originally opened in 2009, it was a way to share stories and artifacts of New Jersey’s most famous monster. After running the exhibit for an entire year, the storefront evolved into a book store, shop and eventually the museum it is today. On a tour, visitors can see what the owners claim is the skull of the Jersey Devil, which resembles a cross between a farm animal and mythical creature. In addition to the skull, you can also see a drawing of the monster that was once published in a newspaper in the early 20th century.

The Hand of Glory

This macabre candleholder claims to be made from the severed left hand of a corpse that once belonged to a hanged murderer. Legend has it that it once held a candle made from the fat of the body and if it was lit, mischief would ensue. You can see the hand (sans candle, of course) in a glass encasement as part of the paranormal museum tour.