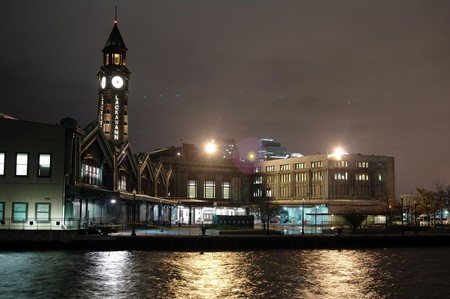 For a city that’s about one square mile, Hoboken is one of the more sought-after areas to live in New Jersey. Who can blame anyone for wanting to live so close to New York City, but with a small town vibe and enough restaurants and bars for some nightlife fun? So if you’re thinking of renting in Hoboken, learn more about the city and the current real estate climate with our guide.

Since Hoboken is so close to New York City, there are a number of options for public transportation. So if you work in Manhattan but don’t want to pay those prices, then renting in Hoboken and commuting to New York will be a great arrangement for you. Many tend to take the PATH train, which can take you into Jersey City, Newark and to World Trade Center in Downtown Manhattan and 33rd Street in Midtown Manhattan. There is also the Hudson-Bergen Light Rail, which has three stops – Hoboken Terminal, 2nd Street and 9th Street. From Hoboke, the Light Rail can take you to Jersey City, Bayonne, North Bergen and Union City.

Finally, the Hoboken Station has trains that can take you throughout and out of the state, ferries that cross the Hudson River over to New York and buses that will shuttle you to different parts of New Jersey. 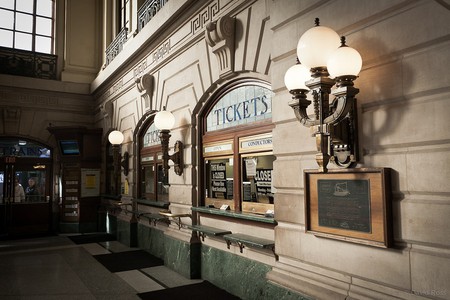 Since Hoboken isn’t a big city, it doesn’t have set neighborhoods that are named. However as you walk through the city, which will only take an hour or so without stopping, you will see how the vibe changes from street to street. Here are some areas to highlight.

Ask Hoboken locals, and they’ll easily tell you that the northern part of the city is where the more affluent residents live. New York Giants quarterback Eli Manning had a condo in the area. Aside from that, it’s where you will most likely find the luxury apartments as they’re close to the Hudson River and give a great view of New York City. There is a smattering of restaurants and bars in the area. However, it’s much quieter than downtown.

If you stay within teen numbered streets but go west toward the Palisades, this part of Hoboken has gotten a great makeover. Additions include a Bow Tie Hoboken Cinemas, Trader Joe’s, Hoboken Table and Pilsener Haus & Biergarten. 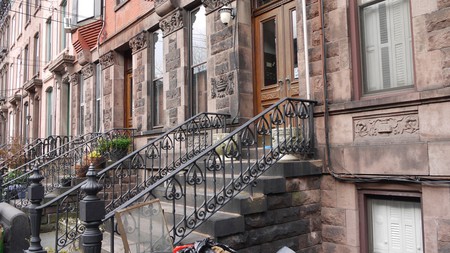 A line of homes in Hoboken, NJ. | © Jane Quigley / Flickr

Walk a few blocks up from the Hoboken Train Station, and you’ll quickly find yourself in the middle of food and drink heaven. Washington Street has been the area where you can grab dinner, go for a drink and party into the night. It’s also where many of Hoboken’s big events take place. So if you’re looking into renting in Hoboken and want to be close to the nightlife, then this may be the area you want to look into.

Although Hoboken is small, it’s one of the more sought-after places to live in New Jersey. Consequently, renting in Hoboken has become quite competitive and increasingly pricey. According to Rent Cafe, the average rent for a studio is $2,525 while a one-bedroom apartment averages $2,933. For those who are looking for multiple bedrooms, two-bedroom places are around $3,468 and a three-bedroom apartment can cost you $4,676. Unfortunately, it’s very rare to find a place that will be under $2,000. 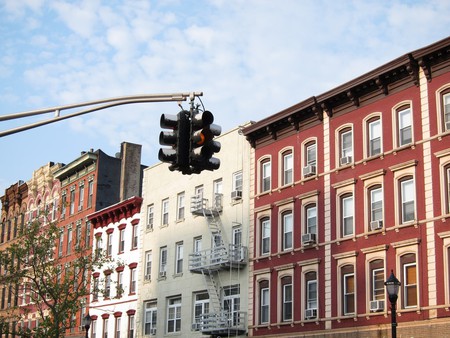 A street of homes in Hoboken, NJ. | © daneshjai / Flickr

If you can afford to rent in Hoboken, Zillow, Trulia and StreetEasy are great sites and apps to use as they update their listings in real time. And if you still have hope in renting in Hoboken for a lower price, give Craigslist a try or check listings in local shops, cafes and even the Stevens Institute of Technology for possible leads.