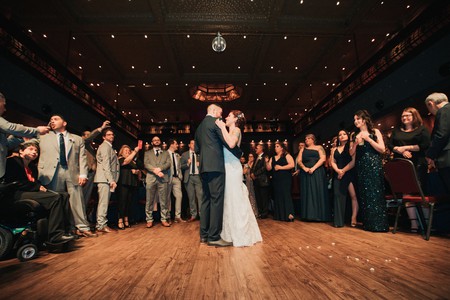 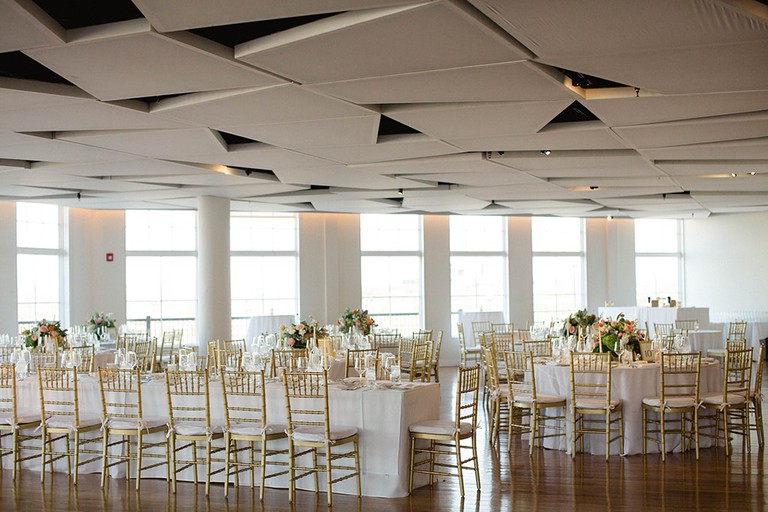 Maritime Parc opened its doors in 2009 and has been hosting weddings and other special events for locals ever since. With the Liberty Landing Marina and the New York City skyline in the background, it undoubtedly has a beautiful setting, especially during the day. The Sky Room can seat 375 and has a dance floor, while the Aviary seats 125. You can book one or both of the rooms for the special day. If the affair is a smaller one, the restaurant on the ground floor is also available for casual brunches or romantic dinners.

A post shared by Liberty House Restaurant (@libertyhouserestaurant) on Mar 27, 2018 at 9:00am PDT 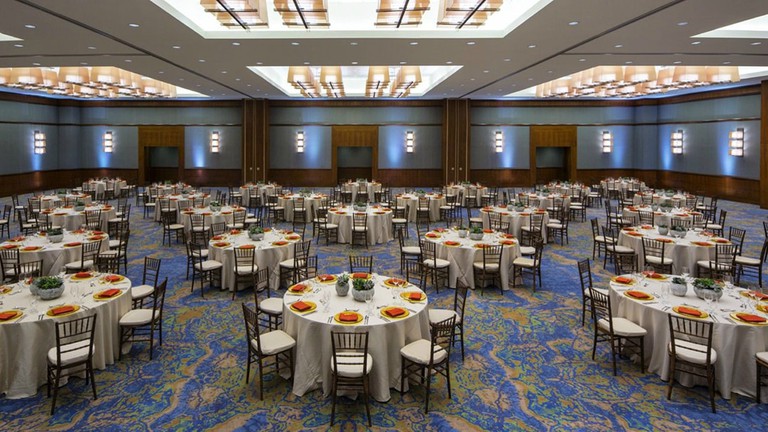 While The Westin Jersey City Newport brings something a little extra to the table. The hotel offers a special package for South Asian weddings. Since the Newport Grand Ballroom can host up to 650 people, it’s the perfect place for a big, traditional affair. 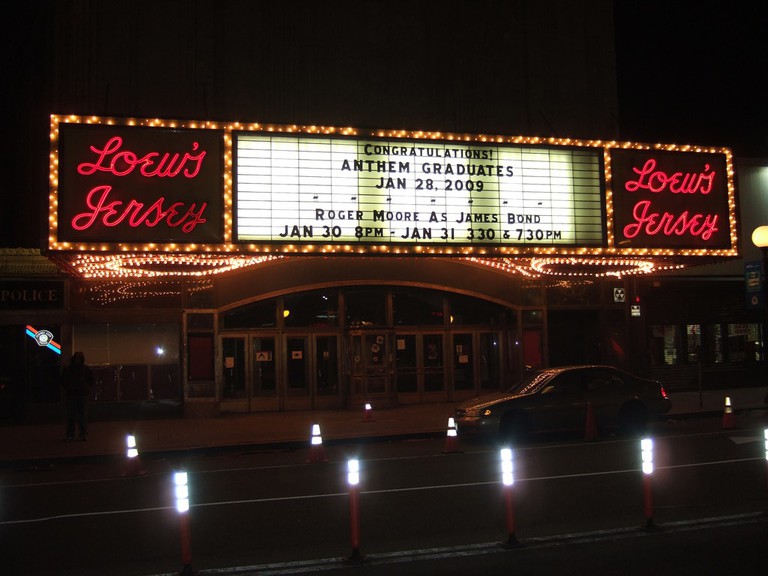 The Landmark Loew’s Jersey Theatre has been proudly standing across the street from the Journal Square transportation hub since the 1920s. Although it’s used more as a space for live concerts, theatre, film and other performing arts, it is also a popular wedding venue because of its lush and classic decor, which makes you feel like you’ve stepped back in time. 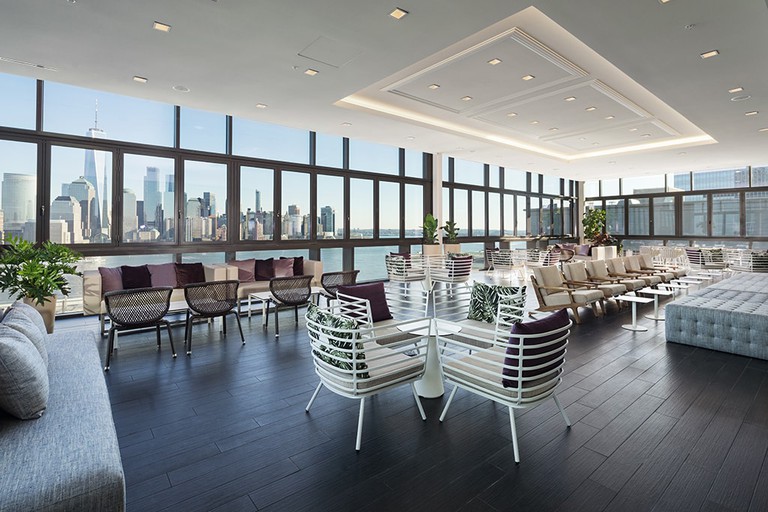 The Terrace Level East in the RoofTop at Exchange Place in Jersey City, NJ. | © Gabriel Roth/PhotoFusionMedia

RoofTop at Exchange Place is a great location for a wedding with a modern and metropolitan feel. Located at the top of the Hyatt House Jersey City, there are riverfront views and the New York City skyline. The Terrace South and Terrace East are meant for more intimate affairs, being able to hold less than 100 people. If you have a bigger party (up to 200), the RoofTop Atrium is a better choice. The RoofTop Atrium also has a retractable glass canopy, to turn your indoor reception into an open-air soiree. 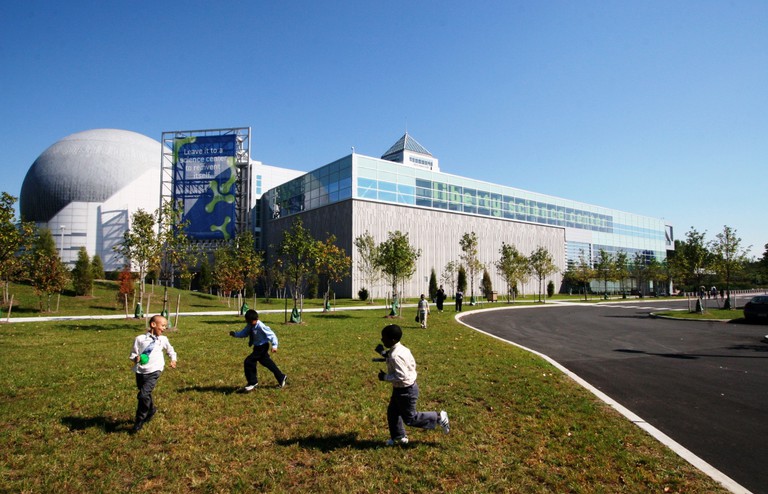 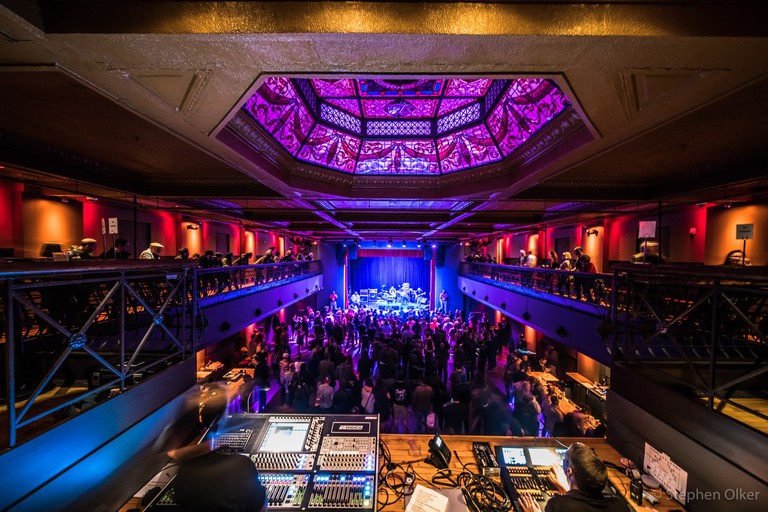 Built in 1910, White Eagle Hall was initially used for community events hosted by St. Anthony of Padua Roman Catholic Church, as well as a practice space for the St. Anthony Frairs’ basketball team. After going through a major restoration, it reopened in April 2017 and serves as one of Jersey City’s concert venues. With an 800 standing-room capacity and 400 for seating, it also puts on theatre shows, film screenings, and family shows. White Eagle Hall also hosts weddings and other private events. 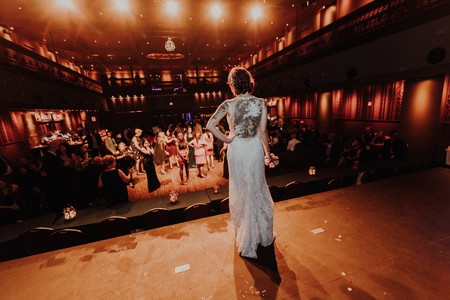 Bride stands onstage and looks over at her wedding guests at White Eagle Hall in Jersey City, NJ. | © Sarah Sturgess Photography
Give us feedback