Drawing on its ethnically diverse population and vibrant history, Newark is developing its own arts and culture to become far more than New York’s little brother. Museums, private art galleries and exhibition spaces are currently thriving in the city, from the Ironworks district to downtown Newark, and bringing about an exciting, promising art scene. Visit these 10 galleries for an overview of local and national contemporary art, from Warhol to local performance artists. 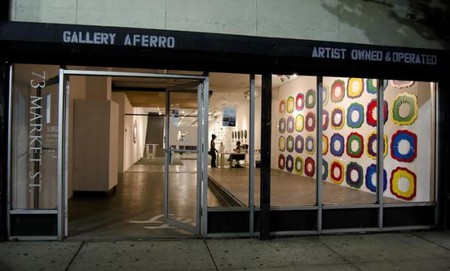 Gallery Aferro, Newark | © Anne McKeown
Located near the Four Corners junction, famously one of the busiest in the country, Gallery Aferro represents an intersection of cultures, ideas and creativity. The gallery promotes art for everyone, regardless of class or financial circumstance – its artist-in-residence program takes into account artists’ financial situation and aims to make possible art that might not happen otherwise because of financial pressures. Twelve exhibitions a year welcome local and international artists to the gallery’s walls; Vikki Michalios’s recent exhibition made waves in the art world with its pointed focus on ecological catastrophes and the environment.
Open In Google Maps
73 Market Street, Central Ward, Newark, New Jersey, 7102, USA
+19733539533
Visit Website
Give us feedback

CWOW is Newark’s oldest contemporary art space, and has been a thriving part of the community since 1975, promoting contemporary art through onsite exhibitions, travelling shows and educational programs. Its ArtReach program matches young, promising high school artists with mentors, while the City Murals project has helped the community create over 13 public murals in the city. The space itself is clean and sparse, making it the perfect backdrop for its inventive, colorful exhibitions. Recent featured artists have included gallery manager Jackie Cruz and portrait painter Lawrence Ciarallo. 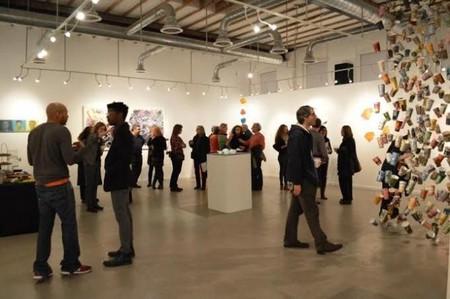 Image courtesy of City Without Walls

Down near the waterfront, Aljira is a gallery that promotes cross-cultural dialogue and diversity. As an educational center, performance space and gallery, it thrives on showing under-represented artists and exhibitions which examine the intersection of different disciplines. A recent exhibition showed the photographs of Bill May, which examine the history of jazz music in New Jersey, while another featured the abstract work of Terry Boddie, who lives and works near Newark and uses charcoal on photography to ‘blend the distinctions between media’. The gallery is keen to encourage burgeoning talent and welcomes submissions from unknown artists for consideration. 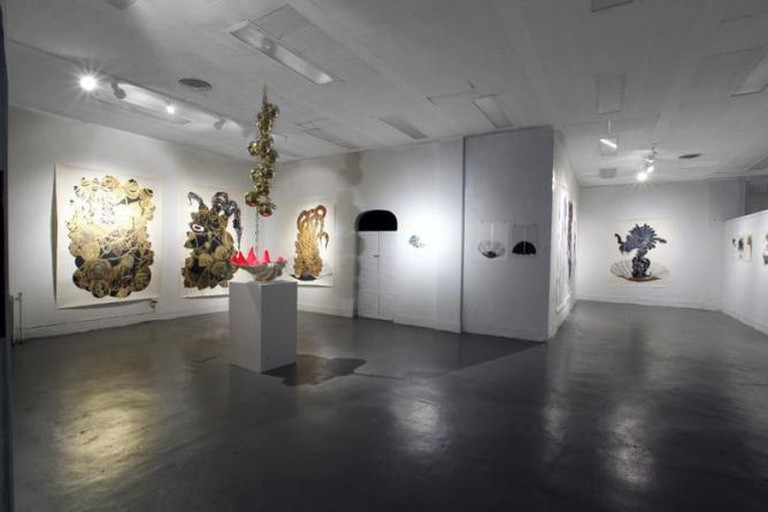 Shoshanna Weinberger, What makes my hottentot so hot, Installation View | Image courtesy of Solo(s) Project House
The Paul Robeson Galleries are four galleries that form part of New Jersey’s Rutgers University. The spaces are named after Paul Robeson, a singer and Rutgers alumnus who played a major part in the Civil Rights Movement. In his memory, the gallery encourages cross-cultural artistic freedom and the use of art to promote democracy and a free society. The galleries host art students’ final shows every year, but also exhibit a range of other artists, including quilt-maker Gail Mitchell and painter Marc D’Agusto. In 2014 and 2015 the gallery is hosting a Nelson Mandela tribute wall to commemorate the life of the campaigner and freedom fighter.
Open In Google Maps
350 Doctor Martin Luther King Junior Boulevard, University Heights, Newark, New Jersey, 7102, USA
+19733535568
Visit Website
Give us feedback

This space is just what it promises to be – a place where artistic projects are created, completed, and viewed at every stage of their creation. Visitors and artists rub shoulders in this free downtown gallery which commissions artists to create artwork, and curate it as an exhibition while it’s still being made. It’s the best place to go to view contemporary Jersey art as it happens. A recent exhibition comprised a ‘farewell party’ for artist and gallery support Hannah Craft, where she displayed a range of recent works and sold them cheaply to local art aficionados from a pop-up shop on the site. 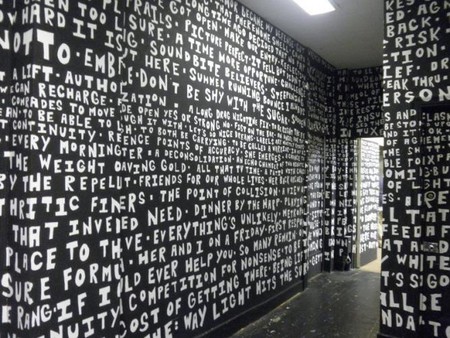 Sumei has been displaying US and international contemporary art in a renovated button factory since 2009. Founded in 1993 by a collective of artists, poets and musicians, it moved to its current address in Newark’s fashionable Ironbound district as its reach grew. The gallery reveals a distinct focus on both local artists and bringing international art to the US, and regularly hosts exhibitions and talks from European and African artists. Its interactive classes, workshops and exhibits make it a great place to bring kids, while its striking architecture has secured its place as a cornerstone in Newark cultural life.

Gizen Bacaz, artist and founder of the Seed Gallery, has created a space where exhibitions, open-mic nights, underground parties and local artists are equally at home. Its exposed brick walls and wooden floors have the feel of a minimalist loft apartment, while the vibrant, colorful artworks on show give a flavor of local artists. Every Wednesday, the gallery opens up to allow local artists and students to exhibit their work, while regulars, including pop artist Boris Bernard, show on other nights of the week. Seed is open in the evenings, making it a perfect precursor to drinks or dinner.

Index Art Center is a non-profit arts organisation based near the Performing Arts Center and Military Park. After its previous space burnt down in 2013, it moved to its current premises and began to rebuild. Its re-opening was marked by an exhibition of installations from major regional artists including Joseph O’Neal and Hannah Craft, and works were then sold to fund the gallery’s artist-in-residency program, designed to encourage local creativity. The gallery frequently collaborates with local schools and community projects, and its yearly summer BBQ is an important date in the city’s arts calendar.

Voice of the City of New York Interpreted by Joseph Stella
In amongst its planetarium, dinosaur sculptures and exhibitions of Tibetan artefacts, Newark Museum holds an impressive collection of contemporary art from all over the world. Its collection of American art is particularly impressive – works by Hopper, O’Keeffe, Motherwell, Warhol and Segal, to name just a few, are part of the well curated display. The Picturing America permanent exhibition offers a fascinating insight into the way the country’s art history has developed through the centuries and how American creatives depicted their country. Situated near Newark dock, the museum is housed in a beautiful, purpose-built building designed by Chicago architect Jarvis Hunt.
Open In Google Maps
49 Washington Street, Central Ward, Newark, New Jersey, 7102, USA
+19735966550
Visit Website
Give us feedback

Seton Hall University’s gallery regularly hosts major exhibitions of contemporary and fine art. Recent offerings have included The Redemptive History of Georges Rouault, a retrospective of the French expressionist painter, and a selection of works from El Museo de Barrio, New York. While it is a little off the beaten track in nearby village South Orange, it is worth a visit for its in-depth and thoughtful exhibitions and a glimpse into an important local educational institution. Visit for a daytrip from busy downtown Newark.