In a New Jersey Town Hall, a Lost Rodin Hid in Plain Sight 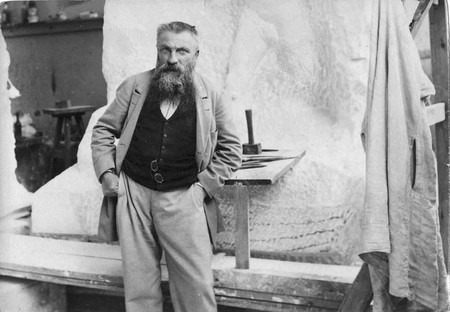 Just in time for the centennial of the late, great French sculptor Auguste Rodin’s death, a small town hall in New Jersey has announced a significant discovery. A long-‘lost’ marble bust of Napoleon Bonaparte—thought to have been forged within the first decade of the 20th century, and which subsequently fell off the radar—was identified in the committee room of Madison’s Hartley Dodge Foundation, and will go on view at the Philadelphia Museum of Art next month.

For the last 80-odd years, Rodin’s marble bust of Napoleon Bonaparte has been openly exhibited in Madison, New Jersey’s borough hall. Without any realization of its remarkable value, no one seemed to pay it any mind.

That was until 2014, when a 22 year-old art history student named Mallory Mortillaro, who was hired at the Hartley Dodge Foundation as an archivist, made a landmark discovery. According to the foundation’s president, Nicolas Platt, “She was running her finger along the base and felt a chiseled mark, and got a flashlight, got on a chair and peered over, and there was the signature of A. Rodin.” 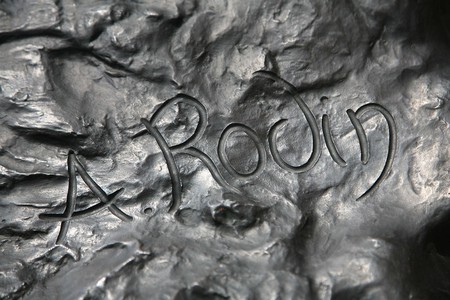 The foundation subsequently called upon Rodin expert Jérôme Le Blay, who authenticated the 700-pound bust in short order. “The first pictures that they sent me by email immediately struck me,” Le Blay told The Art Newspaper. “We have a huge database and archives and it was rather easy for us to find the origins of this marble in the workshop of Rodin.”

The bust, titled Napoleon enveloppé dans ses réves (“Napoleon wrapped in his dreams”), is thought to have been created around 1908. Supposedly, Napoleon boasts an impressive provenance; it first belonged to Thomas Fortune Ryan, a tobacco magnate, who loaned it to the Metropolitan Museum of Art in 1915. It stayed at the Met until 1929, after which it went to auction. It was subsequently purchased in 1933 by art patron Ethel Geraldine Rockefeller Dodge, who lived on a 300-acre estate in Madison.

It is believed that Dodge loaned a number of works from her personal collection to the local town hall (which she founded in honor of her late son, Hartley Dodge), though the foundation had no paperwork associated with the Rodin. While the discovery was made in 2014, the news was publicized only recently “due to security concerns,” according to The Art Newspaper.

The estimated value of Napoleon enveloppé dans ses réves lies between $4 million and $12 million. The foundation went public with the news only after the Philadelphia Museum of Art agreed to accept the sculpture on extended loan. The bust will go on view next month, coinciding with the anniversary of Rodin’s death on November 17.