How the Recording Industry Got its Start in South Jersey 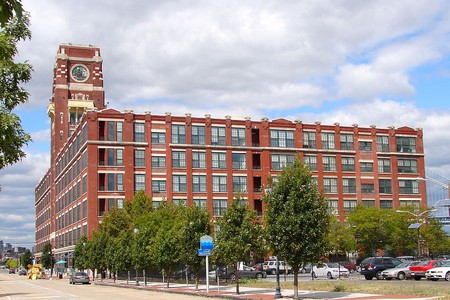 South Jersey has a rich, multi-faceted history across a number of American industries, but none more than the recording industry. Collectors of vinyl and fans of musical acts from the early decades of the 1900s have South Jersey to thank.

The story begins in 1886 in Philadelphia, when the Franklin Institute hosted the first public demonstration of the new “Gramophone.” Its inventor, Emile Berliner, gave a presentation on the history of recorded sound, and debuted his new technology – a mechanism that “etched the human voice” on a horizontal disc. It was a vast improvement on Edison’s 1878 invention, the vertically-inscribed phonograph. 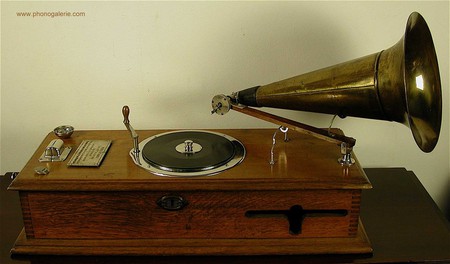 At first, Berliner struggled to keep up with its competition – the Edison Company. The Edison cylinders had a longer playing time and a spring-driven motor. In terms of innovation, though, Berliner’s disks had the upper hand. Each was a unique recording that could be reproduced using a single master disc.

By 1898, Berliner’s invention had increased in popularity, but disputes over patents had weakened his hold on the business. In 1900, Johnson, who had begun manufacturing gramophones (and improving the design as he went along), bought Berliner’s patents and incorporated his own company, which he called the Victor Talking Machine Co. The company’s logo featured a little white dog named Nipper, tilting his head curiously as “his master’s voice” emanated from a record. 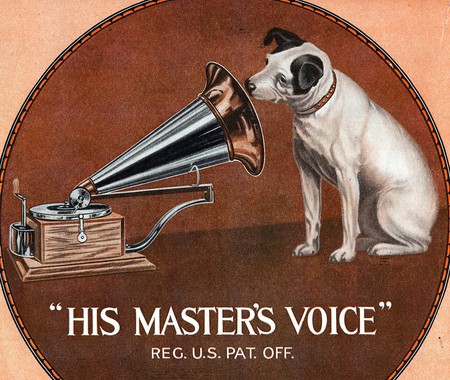 In 1906, Victor introduced a new product; the first consumer record player with an internal horn and space to store records. They called it the “Victrola.” 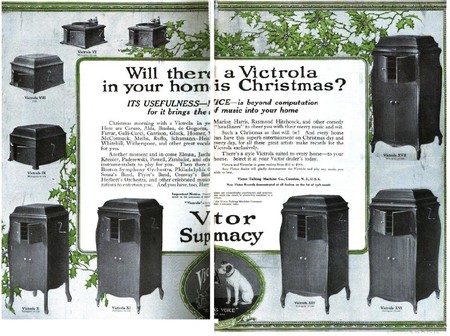 Victor recorded the biggest names of the time, and the company’s massive catalogue included every kind of music imaginable, from big band to spoken word.

When commercial radio appeared in the 1920s, Victor was forced to innovate. The company was purchased by RCA (and became RCA Victor). The massive plant began to manufacture radios and make electronic recordings, keeping up with the times. 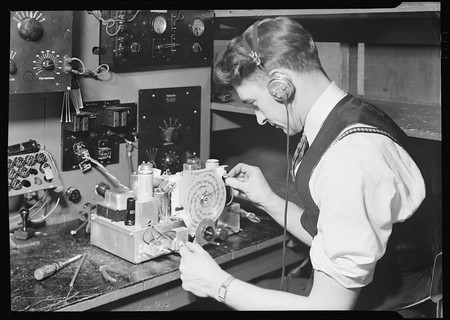 In 1955, RCA had the foresight to sign Elvis Presley to its record label. In no time, he was the label’s best-selling artist of all time. The company seemed to be infallible: in 1965 it introduced the first stereo eight-track tape music. But RCA was by then a major conglomerate, and without the attention of its parent company, RCA Victor floundered and failed. General Electric bought the company in 1986, but soon sold it off again, and by 1992 there was no more music being manufactured in Camden. 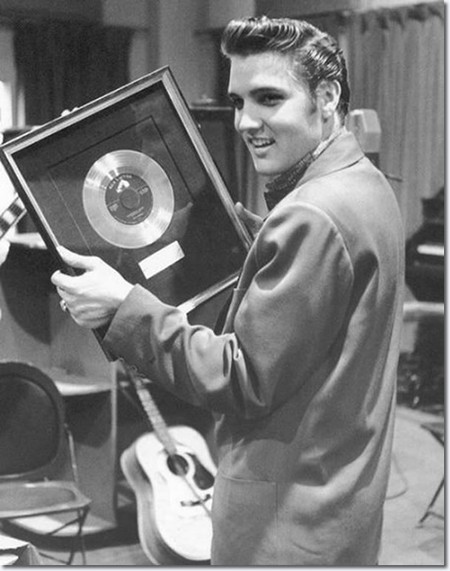 In recent years, a new generation of music lovers has been working to renew interest in the Victor Talking Machine Co. It may not ever regain its once prominent place in the world of music, but it’ll always be an important part of South Jersey’s history.