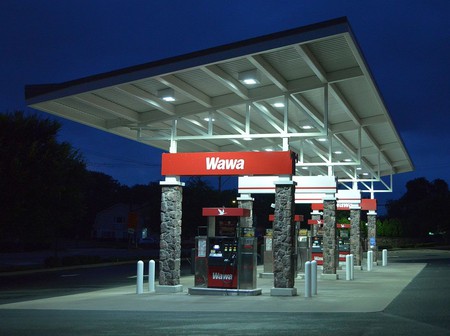 In 1803, the Wood family of New Jersey began operating an iron foundry. For 87 years, business was good, but in 1890, George Wood took the family business in a much different direction.

Wood had developed an interest in dairy farming, and he moved to Delaware County, Pennsylvania, to a tiny hamlet called Wawa, named for the Ojibwe word for goose, and started a 1000-acre dairy farm. 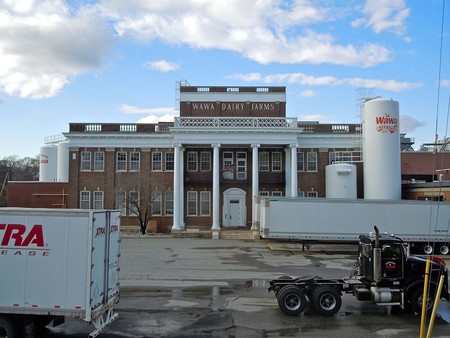 The dairy took off immediately, thanks to Wood’s business—and science—savvy. Pasteurization wasn’t available yet, and children frequently became ill from drinking raw milk. Wood had his milk certified for safety by doctors, and that made his product extremely popular.

By the 1920s, Wawa dairy was delivering milk to customers in New Jersey and Pennsylvania. In the ’60s, fewer people had milk delivered to their homes, instead choosing to buy it at new “convenience stores.” Responding to the trend, Grahame Wood opened the first Wawa convenience store near the dairy in Pennsylvania.

Today, Wawa employs nearly 25,000 people in more than 720 stores, most of which are concentrated in South Jersey. In fact, there’s a common joke about it:

“You know you’re from South Jersey when there are at least three Wawas within five miles of your house.”

Every #WawaRun is better with you ❤️