How a Landfill Became a Thriving Nature Reserve in Lyndhurst, New Jersey 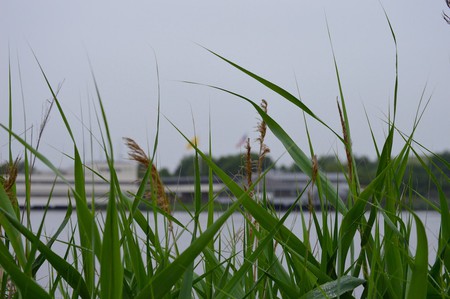 At the moment, New Jersey is in the midst of an environmental renaissance. Since 1972, over 100 acres of open space, 21 parks, and eight miles (12.8 kilometers) of trails have been built in the Meadowlands using environmentally friendly, low-impact construction methods and recycled materials. However, you might be surprised to know that one of the most famous and successful parks in the Meadowlands used to be a garbage dump. Discover the story of how a New Jersey landfill became a thriving nature reserve in Lyndhurst. 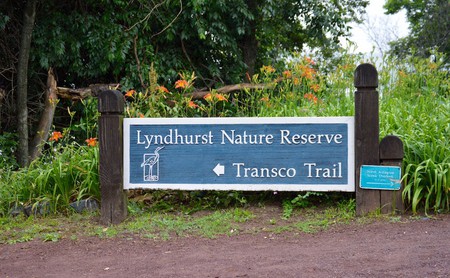 To get to the Lyndhurst Nature Reserve, visitors have to drive to Richard W. DeKorte Park by taking the long and winding Valley Brook Road that passes office buildings and factories and then going down Disposal Road and finally to the park’s entrance. At first, it might seem as though the GPS has led you in the wrong direction, or you’re about to stumble upon a classic New Jersey mob character making an illegal deal straight out of The Sopranos. In many ways, it’s these characteristics that make the Lyndhurst Nature Reserve such a fascinating success story. 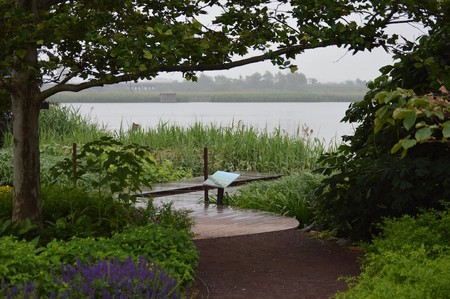 From the 1950s and all the way up until 1971, garbage was being illegally dumped on the shores of the Hackensack River’s estuaries, which flow out into the river and ultimately the Atlantic Ocean. At that time, the 3.5-acre site was a picture of careless pollution and a heartbreaking example of land mismanagement that threatened the rich ecological systems of the wetlands area. Finally, after nearly three decades, the community got to work.

The year 1989 saw restoration efforts and the transformation of the area, which is completely unrecognizable today. It was initially dubbed as the “experimental park on a landfill” and was the first landfill-to-parks project in New Jersey as well as one of the first in the entire country. The Kingsland Overlook, a hilly section of the Nature Reserve, was the first project to use a synthetic liner to cap a sanitary landfill. And in a true testament to recycling, the liner that protects the area was manufactured from 400,000 recycled soda bottles. Now, the overlook is a thriving wildlife habitat with healthy native plant communities such as wildflowers and perennials. The park notes that there has also been an increase in the diversity of animal species and birds—something that’s evident as you walk around the quarter-acre site. 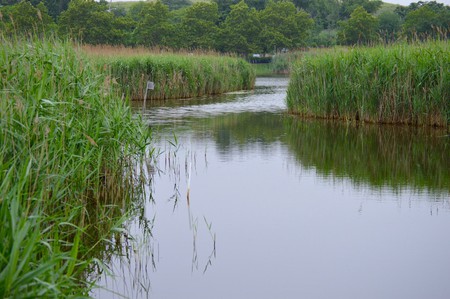 When looking around, it’s easy to notice an abundance of marsh grasses, which were nearly wiped out during the time of its continuous pollution. Although it is certainly heroic to see the native marsh grasses thrive, their comeback is due in large part to the breakwater wall that was built around the perimeter to keep the landfill from seeping out. After it was sealed in, some soil was brought in and shaped to form the hills and valleys seen today that emphasize this natural succession.

Beyond the overlook are even more examples of nature’s resilience. For instance, the mile-long (1.6 kilometers) Saw Mill Creek Trail that was once an access road for electric lines is now a walking path that takes visitors out into the wetland’s mudflats and offers a panoramic view of the New York City skyline. 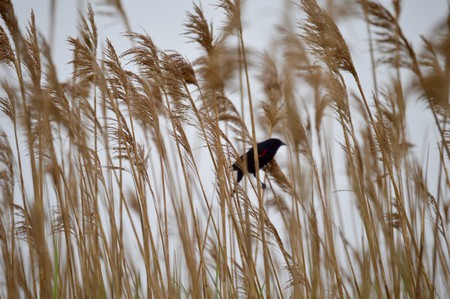 The remaining areas of DeKorte Park are dedicated to environmental education and conservation. It houses an observatory that is open to the public, an education center for school tours, and the administrative buildings for New Jersey Sports and Exposition Authority (NJSEA). What makes it even more special is that, like the entire Meadowlands area, it lies under the Atlantic Flyway, a major migratory path for birds, including those on the endangered species list. For this reason, it attracts many bird-watchers, nature lovers, and photographers who appreciate this unique and diverse urban eco-system.