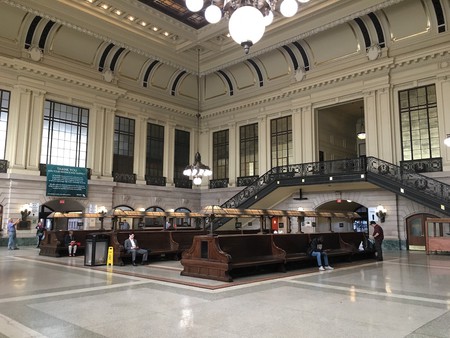 The Beaux-Arts architectural style, heralding from the pre-Depression era (about 1880–1930), captivated Americans at the time. Known for its grandiose structures with extravagant details, architects Richard Morris Hunt and Henry Hobson Richardson brought the style over after studying at France’s École des Beaux-Arts. Although these large and elaborate buildings are no longer being built, you can easily find them all throughout New Jersey.

Florham Mansion | © Profdarden / WikiCommons
The Vanderbilt family were huge supporters of Beaux-Arts architecture and built many structures in this style. The Florham Mansion was constructed for the granddaughter of Cornelius Vanderbilt, Florence Vanderbilt, who lived in this estate in Madison, New Jersey, with her husband. The Farleigh Dickinson University now owns the building.
Open In Google Maps
Madison, New Jersey, 7940, USA
+19734438500
Visit Website
Give us feedback

Elizabeth Public Library | © Jruizalvarez / WikiCommons
One of the 36 libraries in America that were commissioned by Andrew Carnegie, the Elizabeth Public Library is a historic building that’s still in use today. Its regal design and large stature show off the characteristics that are typical of the Beaux-Arts style, and today, it contains over 340,000 books that are currently in circulation.
Open In Google Maps
11 South Broad Street, Elizabeth, New Jersey, 7202, USA
+19083546060
Visit Website
Visit Facebook page
Give us feedback

At the heart of Newark, the City Hall boasts an impressive five stories of grandiose Beaux-Arts architecture and designs. Complete with a golden dome, marble staircase, and stained-glass skylights, it is a perfect depiction of this extravagant style. 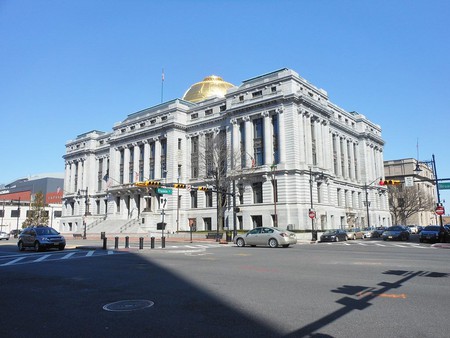 A hub for community and culture, the Newark Public Library set trends both inside and outside of the architectural realm. In addition to its Beaux-Arts style, it held literary collections for immigrants and was the first of its kind to offer a “Business Branch” for the business community.

Regal by any standards but most especially by those of the classical Beaux-Arts style, Hoboken City Hall is a masterpiece of the era. Due to its historical significance and the fact that it still stands intact today, it is on the list of the National Register of Historic Places. Thankfully, Hoboken City Hall will be preserved and enjoyed by all for years to come. 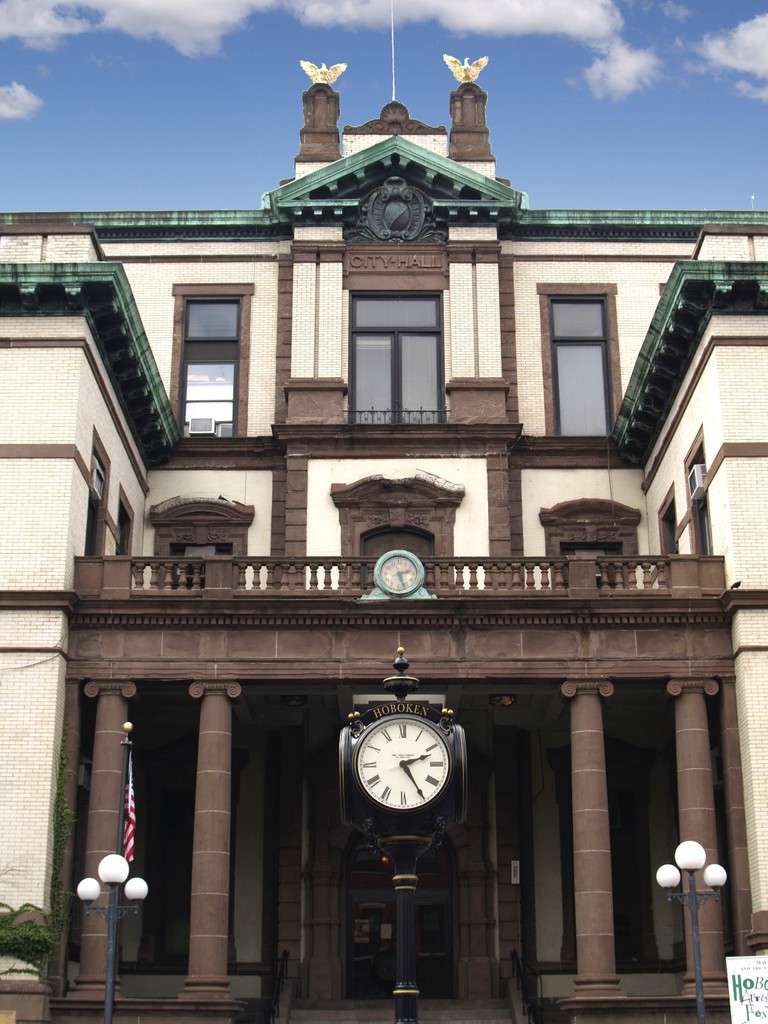 Hoboken Terminal | © King of Hearts / WikiCommons
Another Hoboken building that made it onto the National Register of Historic Places is the Hoboken Terminal. In its heyday, this transit hub was one of the finest Beaux-Arts structures when it was built in 1907. Since then, its lavish details, oversized columns and stained-glass features have survived floods, storms, train crashes, and the daily metro commute.
Open In Google Maps
Hudson Place, Hoboken , New Jersey, USA
Give us feedback

A pinnacle of the Neo-Baroque style thanks to its stately Palladian arches that swoop outwards and its elegant white stucco, the Murry Guggenheim House was inspired by one of the many structures of Versailles. Formerly a summer residence for members of the Guggenheim family, it was acquired by Monmouth University and now serves as the school’s library.
Open In Google Maps
400 Cedar Avenue, West Long Branch, New Jersey, 7764, USA
+17325713450
Visit Website
Give us feedback
Give us feedback