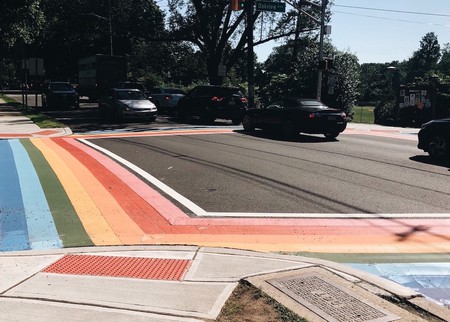 Maplewood, NJ, has permanently painted its crosswalks with rainbow stripes to promote inclusivity and show solidarity with its LGBTQ community.

In front of the town hall, at the intersection of Oakview Avenue and Valley Street, a rainbow connects four corners of the road to honor June as LGBTQ Pride Month.

“The crosswalk means those that identify as LGBTQ know their community has their back,” said Marnie Nathanson, founder of @thesocialstatusco, who visited Maplewood to see the crosswalks. 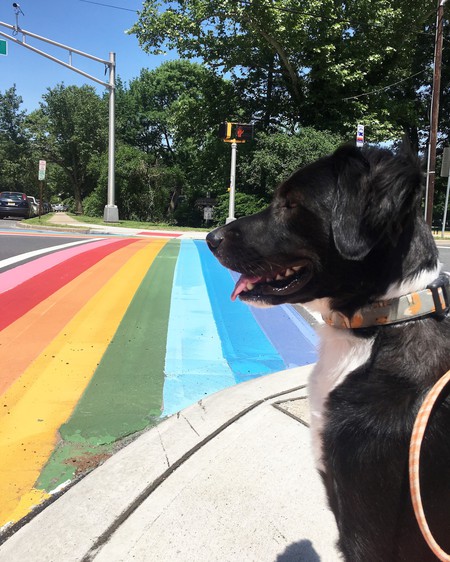 “I love it! I’m a proud ally of the community this represents,” Nathanson added. “I’m so excited to be raising my children near a town that stands so confidently and fiercely supports everyone who lives there.”

In response to the divisive political climate, the idea for the crosswalks came from Dean Dafis, the first openly gay person to serve on the Township Committee.

“The rainbow is a symbol of unity and happiness. It’s a symbol of hope. Rainbows come out after rain and the sun comes out,” Dafis said. “I want any young person, boy or girl, who might feel some insecurity or self-doubt about who they are, to use it to feel affirmed.”

In addition to support from Maplewood residents, visitors have come from all over the state to experience the crosswalks.

“I think it shows that Maplewood is investing in their LGBTQ members’ quality of life, as well as creating a fun and interesting landmark for younger people to want to see,” said Emilia Giulambarian. “I thought it was beautiful. I went out of my way to make a trip to the crosswalk. It’s a very attractive addition, as well as creative.” 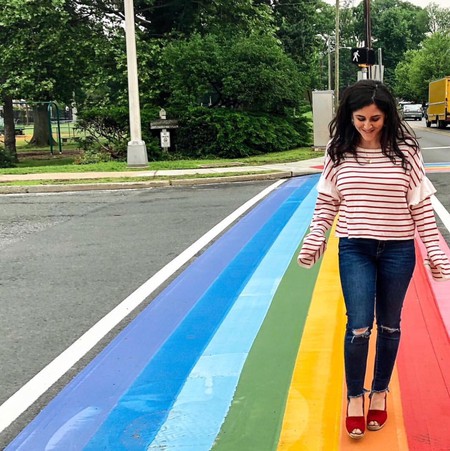 But painting the crosswalks isn’t the first time that Maplewood was at the forefront of promoting inclusivity. In 2017, the Township Council passed a resolution, which said that Maplewood has made a “commitment to equal, respectful and dignified treatment of all people, regardless of their immigration status.” The resolution made Maplewood the first New Jersey municipality to declare itself a sanctuary.

Mayor Victor DeLuca added that the crosswalks and the support from the community and beyond make him, “a very happy Mayor.”

He added that both the crosswalk painting and the immigration policies of Maplewood make it clear “all people are invited to come to Maplewood and be treated with dignity and respect.”