A Guide to MetLife Stadium, the 2026 World Cup Final Venue 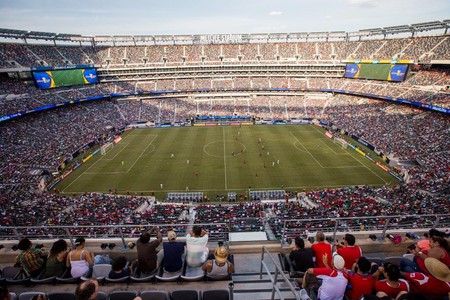 New Jersey’s MetLife Stadium was named the location for the final of the 2026 FIFA World Cup, which was awarded to joint hosts Canada, Mexico, and the United States. Here’s a look at the facility and some of the events it has staged.

While the specific locations and schedule of the 80 matches—60 in the U.S., 10 in Canada, 10 in Mexico—is still to be determined, the site for the final has been announced. MetLife Stadium in East Rutherford, N.J., has been granted that honor.

Opened April 10, 2010, MetLife Stadium earns the bragging rights as the only stadium to host two National Football League (NFL) teams: the New York Jets and New York Giants. The facility is also the largest in the NFL, boasting 82,500 seats.

Hosting large-scale events is nothing new for the area or stadium. MetLife Stadium hosted Super Bowl XLVIII between the Seattle Seahawks and Denver Broncos on February 2 2014. Other major sporting events held at the stadium include WrestleMania 29 (it will host WrestleMania 35 in 2019), 2015 CONCACAF Gold Cup quarter-finals, International Champions Cup matches, and three matches (including the final) at the 2016 Copa América Centenario. MetLife Stadium has also played host to global musical stars, including Taylor Swift, AC/DC, Bon Jovi, Bruce Springsteen and the E Street Band, U2, and Kenny Chesney. 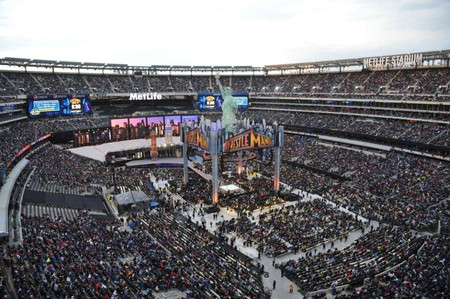 The 2.1 million-square-foot facility has a neutral color scheme to allow the stadium to change into a home field no matter what team is playing there. It boasts 200+ suites on four separate levels, more than 10,000 club seats, and approximately 28,000 parking spaces. A New Jersey Transit rail station is located right near the stadium, allowing easy public transportation, especially from nearby New York City.

The stadium, which cost $1.6 billion to construct, has a slew of technology, including four 30 x 118-foot HD video display boards in each end of the stadium, a 360-degree ribbon board circling the bowl, more than 2,100 HD monitors, and free Wi-Fi throughout.