A Brief History of the Camden Shipyard 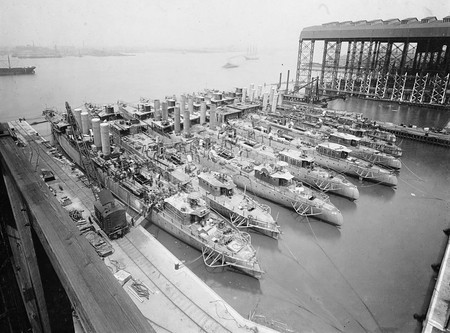 At its peak during World War II, the shipyard in Camden was the biggest and most productive shipyard in the world. Legendary battleships were built on the coast of South Jersey, and though the shipyard has since closed, much of Camden was developed by the families who put together the greatest vessels of modern times.

In 1899, engineer Henry G. Morse founded the New York Shipbuilding Corporation (also known as New York Ship), so named because of original plans to build a shipyard on Staten Island. Morse was unable to acquire a suitable site, so he began searching for land as far south as Virginia.

Ultimately, Morse decided to build his company in Camden, on the banks of the Delaware River. Things happened quickly; the first ship’s keel was laid in 1900. Two of the earliest contracts were for passenger ships, the Mongolia and the Manchuria. At the time, they were some of the largest ships being constructed in the United States. 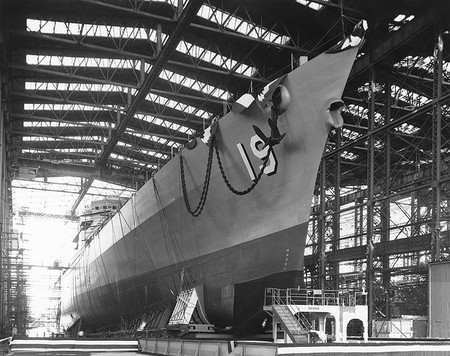 The USS Dale ready to be launched from the Camden shipyard | © U.S. Navy / WikiCommons

When Morse died (after securing contracts for 20 ships), De Coursey May took over as the company’s president. New York Ship expanded quickly during WWI, filling orders from the Emergency Fleet Corporation and the U.S. Navy. A Camden-built oil tanker, Gulflight, became the center of a diplomatic incident when it was torpedoed during the war.

The shipyard employed so many workers so quickly that there wasn’t enough available housing in Camden for them all. The result was a planned community of 1,000 brick homes, then called Yorkship Village. Today, the village is the Fairview section of Camden. 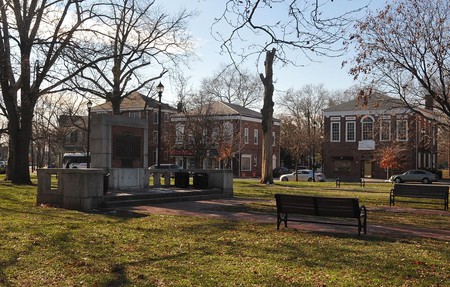 A monument in the Fairview section of Camden, built during World War I to house shipbuilders and their families | © Jerrye & Roy Klotz, MD / WikiCommons 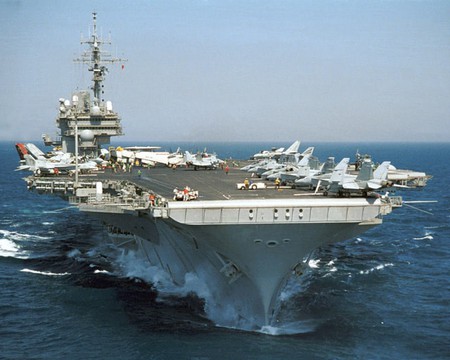 The USS Kitty Hawk was launched by flooding her dry dock, because officials were afraid if she were pushed from her slip she'd hit the Philadelphia shore on the other side of the Delaware River | © U.S. Navy / WikiCommons

The shipyard’s last naval vessel, USS Camden, was ordered in 1967, but by that time, the shipyard was barely bringing in enough money to stay afloat. In 1968, the company went bankrupt. Today, the site of the New York Ship is part of the Port of Camden, and the only ships in its slips are cargo freighters. But ask anyone who grew up in Fairview, and they’ll tell you the Camden shipyard was once the center of everything in this city.