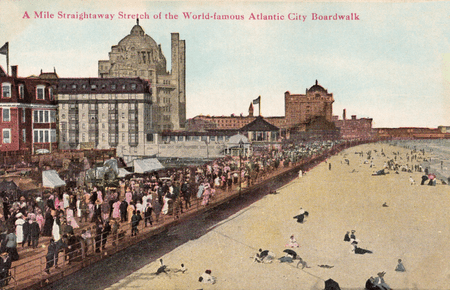 Nowadays, Atlantic City is all flashing lights and big bets. But the city has a long and storied history that features plenty of famous faces and famous firsts. Here are 15 things you didn’t know about “little Las Vegas.”

The first casino wasn’t built until 1978

In an effort to revive a city in decline after the rise of affordable air travel, the first legal casino outside Nevada, Resorts International – now called Resorts Atlantic City – opened just off the boardwalk.

You can place bets from your bed

Talk about a relaxing vacation. In most of the city’s casino resorts, you don’t even have to leave your hotel room to strike it rich. You can use the TV to bet up to $2,500 a day.

There are 11,000 lbs of salt water taffy produced every day

No one’s quite sure who invented salt water taffy, but we know who made it famous. Joseph Fralinger, an Atlantic City native, took over a taffy stand on the boardwalk in 1884. By 1899, Fralinger’s taffy was a household name across America. Today, Fralinger’s, still located on the boardwalk, pulls and packages 11,000 lbs of the sticky treat every single day.

Lucy is older than the Eiffel Tower

Lucy the Elephant, the oldest roadside attraction in America, was built in 1881. That makes her older than both the Eiffel Tower, built in 1887, and the Statue of Liberty, which was finished in 1886.

The first pageant was held in September, 1920, as an effort to draw tourists in after Labor Day. It was an instant success, and by the next year thousands were flocking to watch the competition. 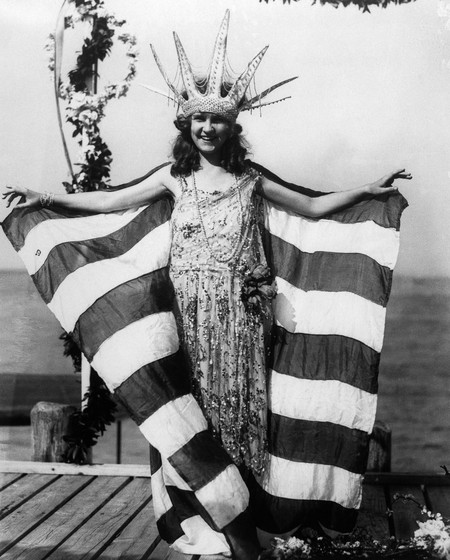 Atlantic City has a history of horse diving

From a platform on Atlantic City’s Steel Pier, horses and their riders would dive 40 feet straight down into a 12-foot pool of water, to the astonishment of crowds gathered below. It sounds a little like animal cruelty, but there are no records of injuries to any horses. There is one recorded incident where a rider entered the water with her eyes open, and was blinded by the force of the impact. The movie Wild Hearts Can’t Be Broken is based on her story.

With more than 30,000 pipes, the organ is more powerful than a dozen orchestras put together. You can hear it every weekday between May and October at noon during a 30-minute concert.

The first boardwalk in America was built here

In 1870, a conductor on the Atlantic City-Camden Railroad and a hotel owner put their heads together to come up with a solution that would keep beach sand out of the hotels and train cars. They petitioned the city council for $5,000 – half the city’s 1870 tax revenue – to build an 8-foot-wide, one-mile-long boardwalk from the beach to the town. It was built to be removable, and was taken apart at the end of each season until it was replaced in 1880.

The city inspired a classic board game

The properties on the board of the classic game Monopoly are all based on real-life Atlantic City locations. Not all the streets still carry their Monopoly names, though. For instance, Illinois Avenue has been renamed for Martin Luther King, Jr. 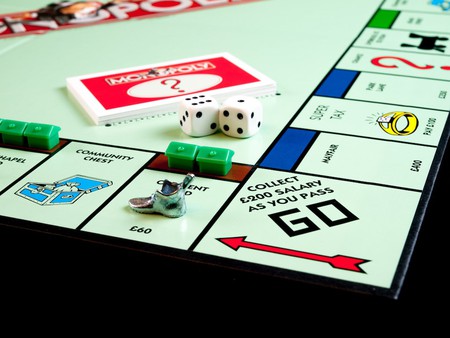 The tallest lighthouse in NJ is located here

The Absecon Lighthouse is 171 feet tall, and it’s the only lighthouse in NJ with its original Fresnel Lens in place. The lighthouse was officially decommissioned in 1933, but the lens is still lit every evening.

The walls of White House Sub Shop on Arctic Ave are covered with photos and relics of the famous faces who’ve passed through Atlantic City and stopped in for a sandwich. The weirdest thing up there, by far, is the pink towel Sinatra used to mop his brow during his final show in Atlantic City.

Atlantic City was home to the world’s first Big Wheel

Built in 1898, Steel Pier introduced America to the amusement park we know today. In 1895, LaMarcus Thompson unveiled the first ever roller coaster here. Issac N. Forrester built the Epicycloidal Wheel – the precursor to the Ferris wheel – here in 1872, and the first carousel was brought to Atlantic City by Gustave Dentzel in 1876.

It used to be a major celebrity hangout

There were plenty of famous visitors flocking to AC from New York during the ’50s and ’60s. Marilyn Monroe, Jimmy Durante, Ed Sullivan, Joe DiMaggio, Frank Sinatra, Dean Martin, Bing Crosby and even The Beatles were frequent visitors. Annette Funicello and Frankie Avalon even opened a bowling alley on the boardwalk. 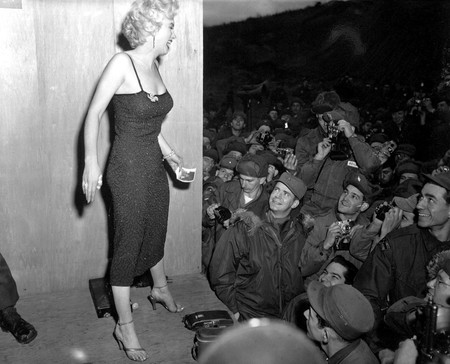 Some of the earliest color postcards were made here