The state capital of New Jersey is full of interesting history dating all the way back to colonial times. There’s so much to discover and learn here. This list of surprising facts about Trenton is just the beginning.

The Battle of Trenton may have changed the Revolutionary War

The Battle of Trenton happened just after George Washington made his famous Christmas Eve crossing of the Delaware, at a time when the colonial forces were coming apart at the seams. The relatively easy victory over the British reinvigorated the army, and was nicknamed “the turning point” of the war. 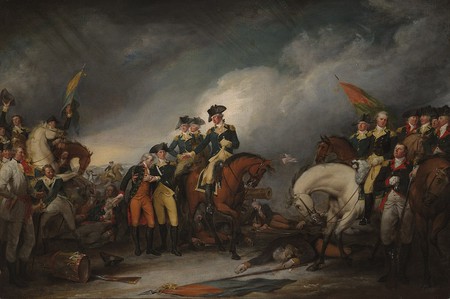 The Capture of the Hessians at Trenton | John Trumbull

Before it was famously read in front of Philadelphia’s Independence Hall, the Declaration of Independence had its first public reading right here in Trenton. A mural commemorating the event can be found on South Warren Street.

A lot of famous authors were born here

There are a lot of famous writers from Trenton, including Samuel French, John Brooks, Edward Breese, Nancy Wood and Ntozake Shange.

In 1910, a local businessman coined the slogan, “Trenton Makes, the World Takes.” At the time, Trenton was a major exporter of china, Lenox, and other goods. The slogan still hangs on a sign from the Delaware River Bridge.

Trenton has a passion for pork roll

Trenton loves the classic breakfast food so much the city hosts a Pork Roll Festival every year.

In November of 2015, the Rescue Mission of Trenton collected 179,550 items of clothing, breaking the world record for largest clothing drive ever.

The city was founded by Quakers

The first residents of Trenton – then called Falls of the Delaware – were Quakers led by Mahlon Stacy who settled here in 1679 to escape religious persecution.

Trenton is a very diverse city

According to the most recent census, Trenton’s population is 35 percent Hispanic, 50 percent African American and 36 percent Caucasian. The diverse community has made Trenton a city with a lot of culture and tons of great food.

It was briefly the capital of the United States

After the Revolutionary War, when Northern and Southern members of Congress were fighting over where to put the U.S. Capital, the Confederation Congress met in Trenton. It was official the nation’s capital for November and December of 1784. 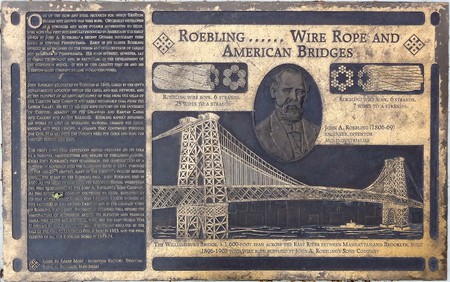 It was also the bridge capital of the United States

John Roebling, a manufacturer who produced strong, twisted wire rope, opened a factory in Trenton in 1848. From there, he produced the wire to build the suspension bridge across the Niagara River gorge, the Brooklyn Bridge, and many other suspension bridges across the United States.