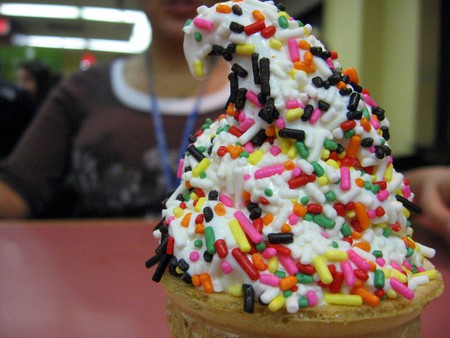 There’s no denying it: South Jersey natives have a weird accent. It’s not quite New York (nobody, anywhere, says Joisey), and it’s not quite Philly (we say coffee, not cawfee), but it’s definitely there. To go with the accent, we also have our own local lexicon that includes some words you may never have heard before. Check out this list, and when you come visit you’ll know what we’re talking about.

No one’s quite sure how or where we picked this one up, and it’s something that stumps the rest of the country. But when someone from South Jersey asks if you want wooder, they’re offering you a refreshing glass of water.

Ahhh, the best breakfast anywhere in the world. Covered with melty white American cheese, a fried egg and a slice of pork roll (which we’re getting to), nothing beats a South Jersey beggel – meaning bagel. 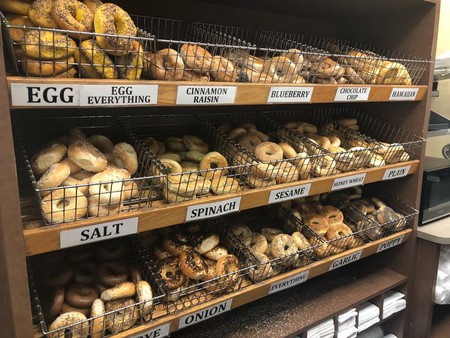 Whatever flavor you choose, there's no debate: South Jersey has the best bagels | © Bagel Bin

Nah, joo? We have a tendency to run our words together in South Jersey – we’re usually in a hurry, after all. So “did you eat yet?” becomes simply, “Jeet?” The accepted response is, of course, “No, did you?” or, in South Jersey, “Nah, joo?”

When someone gives you directions and they mention a jughandle, you might start to wonder when you got on the topic of beverages. But in Jersey, jughandles are the road formations we use when we need to exit right off a major road, loop back around and head in the other direction.

New Yorkers have their heroes, and the rest of the country has their subs, but in South Jersey, we call ’em all hoagies. Local lore says the name comes from Hog Island, the one-time shipbuilding yard that’s now the location of the Philadelphia International Airport. Men, called “hoggies,” would go to the work on the island every morning with lunchboxes. Inside were sandwiches on long, crusty rolls. Eventually, the sandwiches picked up the nickname too, and somewhere along the line we started calling them hoagies. 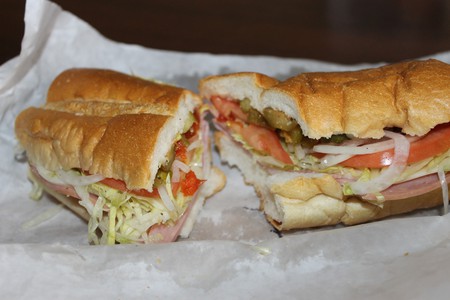 Well, we actually pronounce it wooder ice. It’s the best treat on a hot summer day, whether it comes from Diane’s, Sundaes, Massos, or Ritas. In other places they just call it “ice,” or sometimes “Italian ice,” (though we all swear that’s a totally different thing), but we call the frosty, flavored treat water ice.

You might just call them sprinkles, but in South Jersey we know that the sweet bits of candy you use to coat your ice cream cone are called Jimmies. There are a lot of theories about where the name comes from, but all that really matters is deciding between rainbow and chocolate.

When you move away from South Jersey, one of the first things you really, really miss is a panzarotti. Imagine a tiny pizza, loaded with mozzarella, tomato sauce, and your very favorite toppings. Now imagine it folded up and deep fried. It’s a really good reason to visit South Jersey.

The line between North and South Jersey is never more clear than when the pork roll debate comes up. We know the salty, sliced, and fried breakfast meat as pork roll, while they call it by one of its common brand names – Taylor Ham. Again, all that really matters is that you order it on your bagel at breakfast (but it’s totally pork roll). 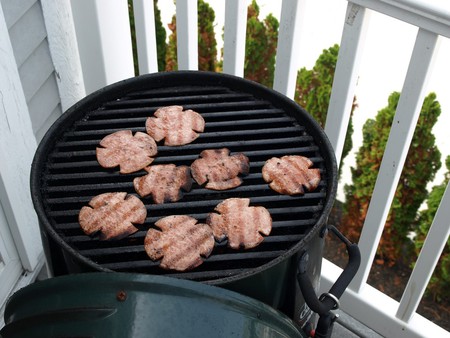 This is one of those rare words that can be used as a compliment, and insult, or just a descriptor. It’s the word we use to describe a person who lives in the Pine Barrens, but in some cases it could also mean someone who’s lived in the woods a little too long, if you catch our drift.