Get Close to New England’s Wildlife on These Moose Tours 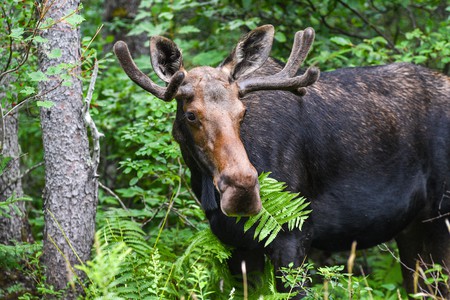 Florida has alligators. Alaska has grizzly bears, and the Dakotas have bison. In New Hampshire, moose are the kings of the forest.

The state’s largest land mammal is such a local icon that companies offer guided moose tours, providing a unique way to witness these mighty creatures in the wild.

A symbol of New Hampshire

Standing upwards of seven feet (2.1 meters) at the shoulder and weighing as much as 1,500 pounds (680.3 kilograms), a full-grown moose is hard to miss – especially male bulls with their antlers, which can weigh 40lb (18.1kg). The largest species in the deer family, the animals can be found throughout New England at large. However, New Hampshire’s moose concentration is so high that the state has its own “Moose Alley” – think of it as New Hampshire’s version of Florida’s Alligator Alley – a stretch of highway that runs from Pittsburg north along Route 3 to Canada.

Though the thick forests of northern New Hampshire are favorite gathering places for moose, the animals can be seen throughout the state. According to New Hampshire Fish and Game, the state’s moose population has grown and leveled off in recent years at around 3,500. Considering how small New Hampshire is (and how large moose are), it’s no wonder the magnificent creatures have achieved local icon status and even emblazoned the state’s license plate.

It’s also the reason why “Brake for Moose” is entrenched in the local vernacular, almost as ubiquitous as “Live Free or Die.” Car collisions with moose are an all-too-common cause of death in the state not only for moose but also for people. The sheer size of the animals, which have long legs that make them extremely top-heavy, is a lose-lose combination for drivers who can’t see them blending in with the darkness at night. Hence, New Hampshire advises driving 55mph (88.5kph) or less at night on side roads. 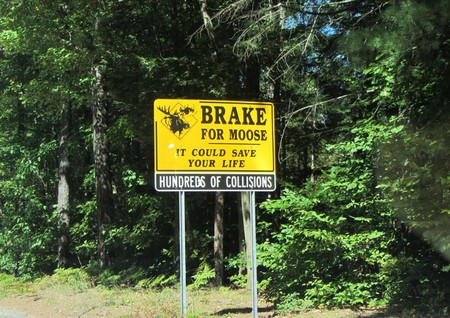 The massive mammals are such a local marvel that they’ve become a tourist attraction in their own right, with tour companies taking visitors into prime moose territory to see for themselves.

Tours operate primarily from May through October in the White Mountains region of the state, where the animals are seemingly as large as the landscape itself. While a moose sighting on tours is not guaranteed due to the animal’s unpredictable nature, companies boast a success rate of 93 percent or higher.

North Conway’s Moose Safari has been hosting excursions for more than a decade. They start with an informative movie about moose in New Hampshire, before visitors hop aboard a tour bus and depart between 8:00pm and 8:30pm. Dusk is prime time for moose to come out and graze on “browse,” the name for the leaves, twigs, bark and shrub buds that comprise a bulk of its diet. The animals are also fond of road salt, and can occasionally be seen licking pavement along the sides of roads. Having run more than 1,100 tours, the North Conway company knows where to look and what to look for, and buses are equipped with floodlights to spot the animals grazing in the dark.

On the northern edge of White Mountain National Forest, Gorham Moose Tours has been journeying into moose terrain since 2006. As with North Conway’s Moose Safari, the tour is designed as a way to safely spot New Hampshire’s quintessential animals. Under certain circumstances (e.g., when moose are far enough away), folks are able to disembark the bus for better photo ops – because there’s nothing quite like a selfie with a moose illuminated safely in the distance.

Pemi Valley Moose Tours is another standby, in operation since 1999 out of Lincoln, New Hampshire. Also departing at night, tours run around three hours, with a step-on tour guide pointing out moose and historical sites along the way in the White Mountains.

Moose tours have become such a thriving industry that local hotels have implemented moose tour packages, including a version at Whitney’s Inn in Jackson that includes a two-night stay, dinner voucher and moose tour for two.

In addition to moose, other animals frequently seen on tours include eagles, osprey, deer and even the occasional black bear. 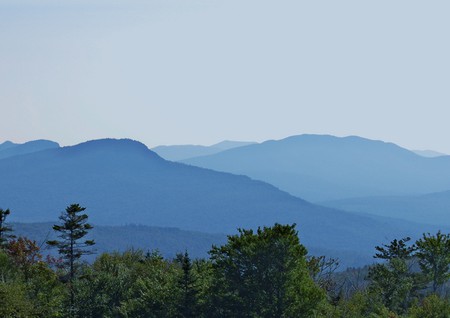 Considering the inherent dangers of driving around in the dark looking for 1,000lb (453.5kg) animals, specialized tour companies like the above provide a safe solution with added insight along the way. There are things to keep in mind, however, to ensure a safe and comfortable adventure.

Since tours run at night, it’s advised to bring warm layers, even in the summer months. Sightings can be fleeting, so make sure to have cameras on, lens caps off and smartphone cameras unlocked and ready to go at a moment’s notice. Binoculars are also a good idea. Additionally, be sure to use the restroom before departing, as there are no facilities on board and tours run a minimum of three hours.

On the occasion that drivers deem it safe to disembark the bus, it’s important to keep in mind that even if moose are off in the distance, their behavior is unpredictable. It’s wise to remain close to the bus and avoid wandering too far.

Along with bald eagles and bison, moose are a treasured symbol of American wildlife, and a marvel to behold. Tours offer visitors the guidance they might need to witness these awe-inspiring giants in their natural habitat. 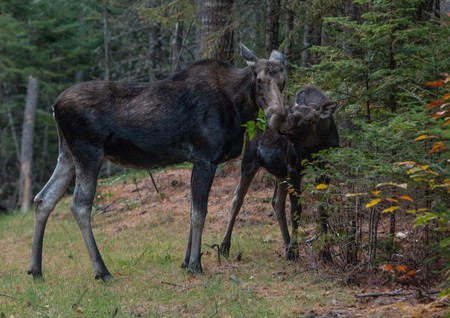 Even if they seem docile, it’s important to keep a safe distance from these mighty mammals | © Anthony Quintano / Flickr
Give us feedback