The Best Hotels to Book Near South Station, Boston 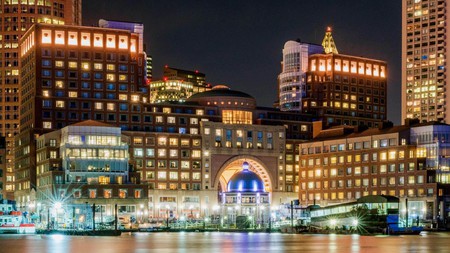 As one of New England’s busiest – and most historic – train hubs, South Station is a great place to stay near to your adventures through Boston.

South Station is New England’s largest train station, a stately hunk of pink granite built back in 1899. There are multiple hotels around South Station, but we’ve rounded up the best of the bunch – now bookable on Culture Trip. 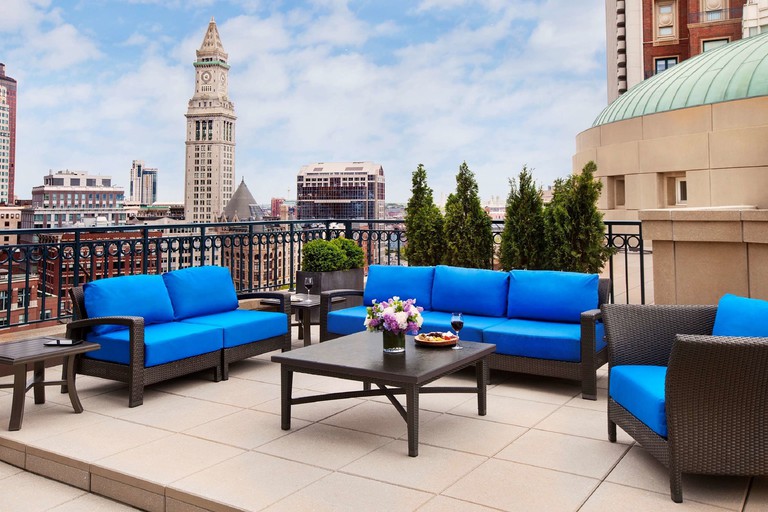 Fans of both waterfront and urban hotels will love this grand 80s landmark, facing Rowes Wharf on one side and the city on the other. Take a harbor cruise from the nearby dock or follow the Harbour Walk to the aquarium. This contemporary classic excels in scenic views from all over including light-filled, calming rooms in coastal tones – think duck egg blue and sand. The Rowes Wharf Sea Grille is the place for breakfast feasts including elevated omelets with added asparagus and spinach. 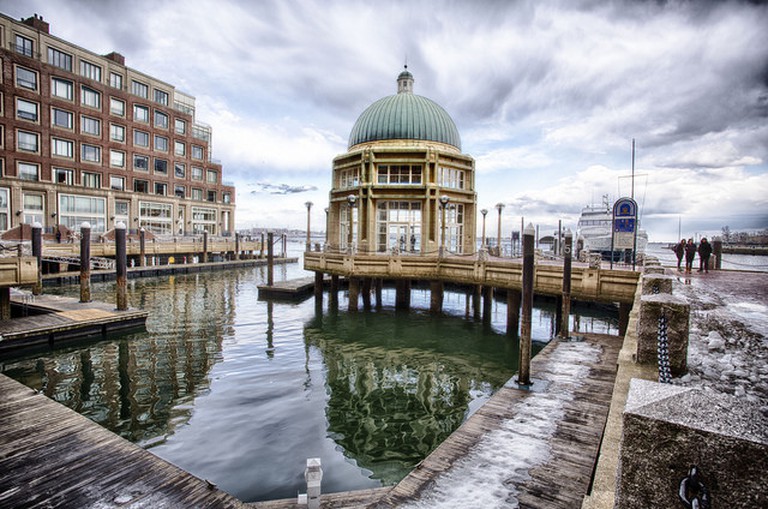 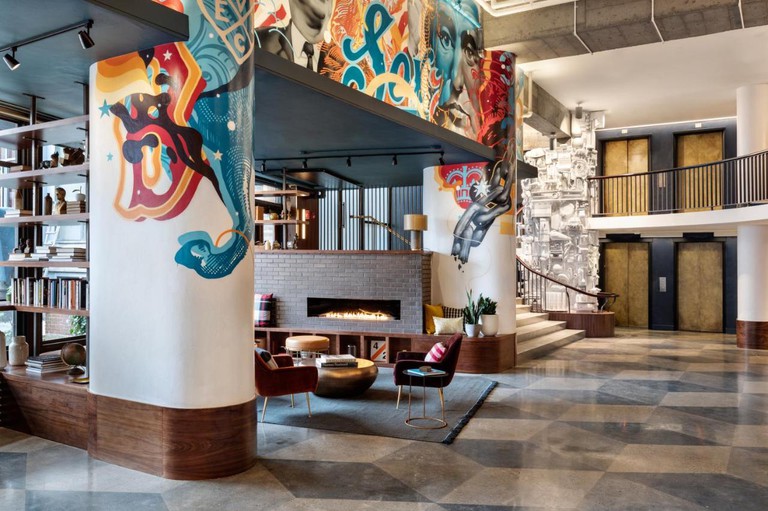 Courtesy of the Revolution Hotel / Booking.com

A mid-century modern listed building turned design-led boutique beauty in the lovely restaurant-lined South End district of the city, nudges coastal Back Bay. Spot the historical figures in the lobby pop art mural on your way up to your industrial-chic room – simply styled with layered textures for coziness, black and white city scenes above beds and playful gold letters spelling out songs by Boston bands. Breakfast on oversized muffins and coffee from the lobby cafe as you read up on a Boston classic from the nearby bookshelves. 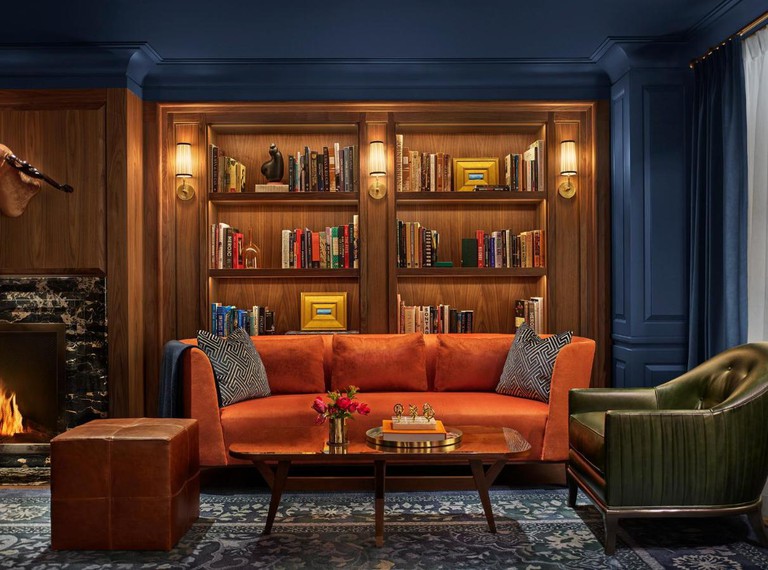 Courtesy of the Newbury Boston / Booking.com

Neighboring the leafy Public Garden in popular Back Bay – the first public botanic garden in the US – this refined stalwart with a neoclassical façade soothes guests in rooms and suites bathed in soft blues, greys and creams. Families visiting in winter should book a Fireplace suite sleeping four. Dine on the rooftop among the floral, glass-roofed loveliness of Contessa and dish up northern Italian classics, dry-aged florentine steak and weekend brunch staples with an Italian twist – from florentine benedict to carbonara scramble with pancetta and pecorino. 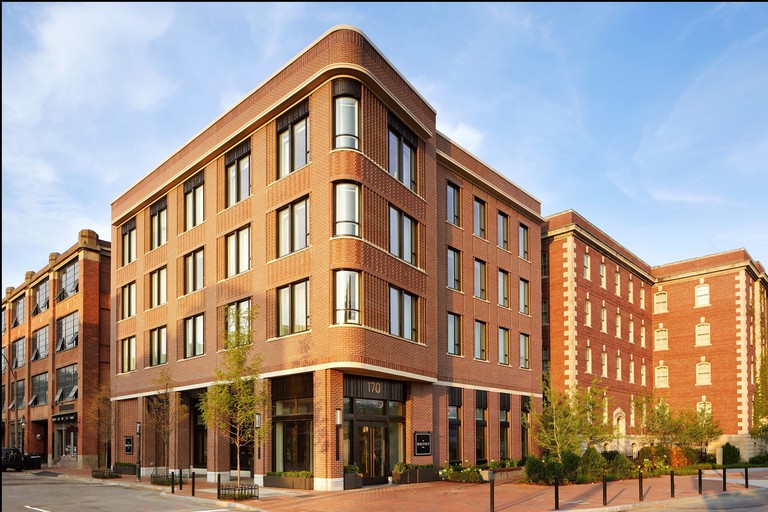 A smart redbrick townhouse hotel among the cobbled, lamp-lit streets of coveted Beacon Hill has uniformly decorated, sleek rooms in dark blue, bright white with brass and leather – some with hill views while others overlook the Charles River. Breakfast in style on Sicilian-style eggs, Spanish tortillas and all-American staples like buckwheat pancakes smothered in sweet, smokey maple syrup. Walk it off with a wander along Charles Street to the Public Garden and admire the architecture as you head en route to Boston Common. 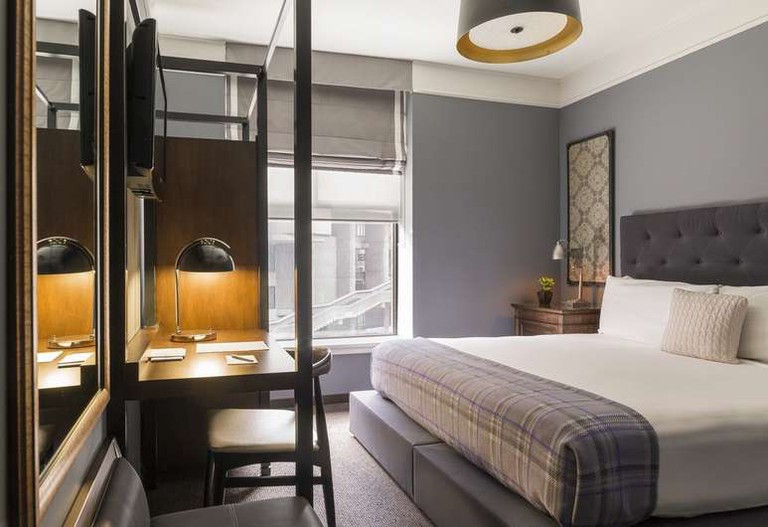 Courtesy of the Boxer Hotel / Hotels.com

Tucked between the North End and Beacon Hill, this triangular boutique beauty is housed in the landmark Flatiron Building, a five-minute walk from TD Garden. Foodies will love the Italian restaurants close by in the North End and the food stalls in Quincy Market – but you’ll no doubt appreciate the classic bacon, eggs and toast plus saccharine nut and fruit-topped waffles on offer here, too. Industrial-chic rooms are softened with cable-knit throw pillows and plaid bedding – and families or groups will love the two double-bed rooms. 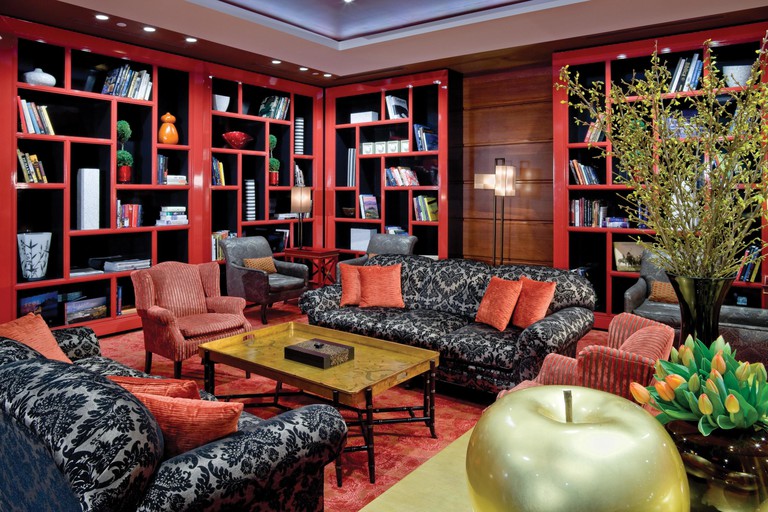 Courtesy of the Bostonian Boston / Expedia
Overlooking the famous red brick Faneuil Hall with Quincy Market inside, large traditional rooms swathed in shades of brown provide respite from the buzz of some of Boston’s best restaurants and street life. Standard Plus rooms add bijou balconies with that famous Faneuil Hall view. Sip a complimentary coffee in the deeply dramatic red and black – almost gothic – lobby before enjoying a more down-to-earth breakfast of eggs and toast.

The Inn at St Botolph 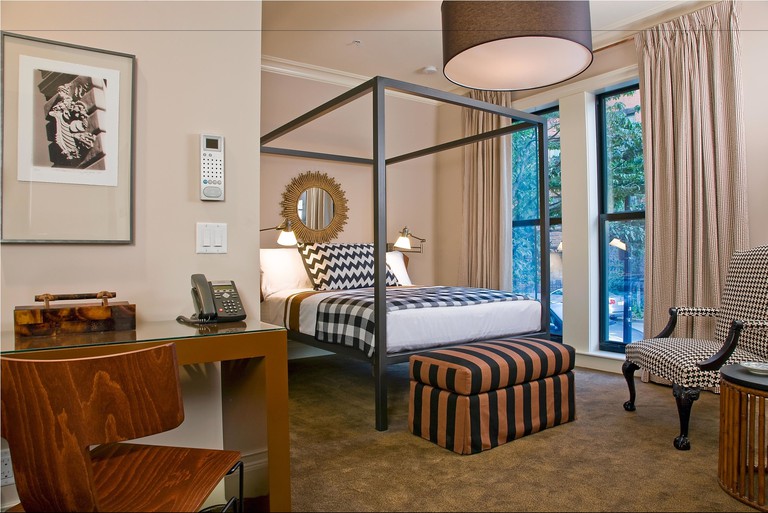 Courtesy of the Inn at St Botolph / Expedia

Bright suites with modern, sharp-angled four-poster beds and neat kitchenettes bring this 19th-century corner brownstone – ​​in the Back Bayside of South End – right up to date. Brown is the thing here, perhaps mirroring the New England chocolate available in the lobby. The Museum of Fine Arts and Symphony Hall are both under a mile (1.6km) away so it’s ideal for strolling to after a light breakfast of soft bagels and yogurt served in the lounge.

If none of these takes your fancy, explore hotels in Beacon Hill or feel like a local in one of the best apartments in Boston, now bookable on Culture Trip. You can spend as little as 72 hours in this city by packing in as many of the attractions as you can – you’ll want to continue into the night in these bars and nightclubs to make the most of your trip.