How To Spend 72 Hours in Boston 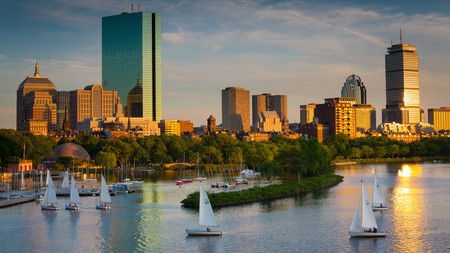 Compact, stylish, and steeped in history, Boston is ideal for a three-day stopover. Known as the birthplace of the American Revolution, the Massachusetts capital is still modern and cosmopolitan. Packed with restaurants serving some of the country’s finest seafood, Beantown also has a vibrant nightlife, eclectic markets, and stately neighborhoods like Beacon Hill. Here’s our guide to getting the most out of 72 hours in this fascinating city.

Start your 72 hours in Boston with a coffee at cozy Caffé Vittoria, located in North End (also known as Little Italy). It was the first Italian cafe in the city when it opened in 1929, and still does some of the best macchiatos, espressos, and cappuccinos for miles around. After that, it’s a 20-minute stroll to Beacon Hill, a charming neighborhood of 19th-century brownstones and cobbled lanes. Key sights here include Acorn Street, said to be the most photographed street in the United States, and Louisburg Square, arguably the most exclusive address in the city. 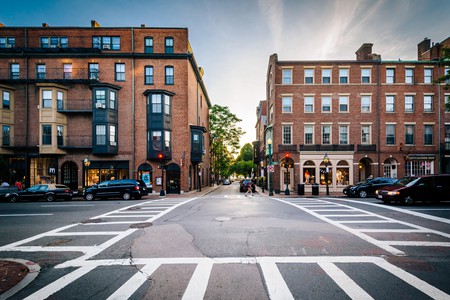 Head Downtown for lunch and find a diverse range of cuisines and price points. Gene’s Chinese Flatbread Cafe is a great option if you’re after a cheap eat. Or, if you’re feeling extravagant, order steak at Boston Chops. You’re then ideally placed to spend an afternoon shopping. Browse the shelves at Brattle, one of the country’s oldest antiquarian bookstores, before strolling up the eight-block-long Newbury Street. You’ll find plenty of upscale brand outlets here, as well as Rick Walker’s, a Bostonian institution specializing in rock’n’roll cowboy gear. 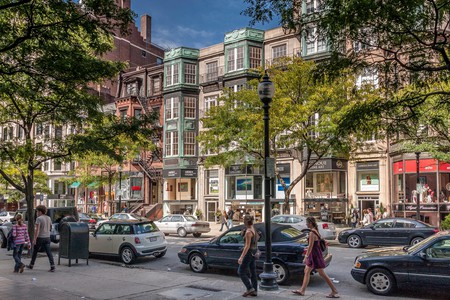 South End’s varied restaurant scene makes it one of the best spots in the city for dinner. For Spanish tapas, head to Toro Boston and delight in classics such as spicy patatas bravas. Plush gastropub the Gallows is a great choice for pre- or post-dinner drinks or a luxury burger. Celebrated bistro Aquitaine serves some of the city’s best French cuisine.

Spend the morning exploring Boston’s vibrant market district – the nearest subway station is Haymarket. Make your first stop the Boston Public Market, where 30 vendors sell New England’s finest artisanal foods and snacks. Then head to Faneuil Hall, established in 1742, where you’ll find street performers, clothing shops, accessory stores, and a varied selection of grub along the Food Colonnade. Next door is Quincy Market, a foodie haven housed in an elegant building dating from 1826. 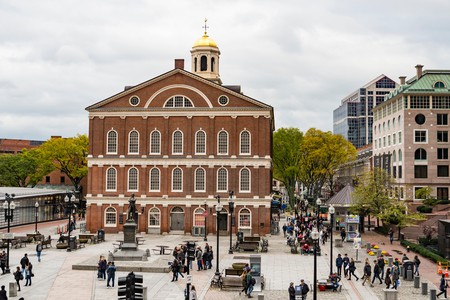 There are dozens of inexpensive lunch options in the market district, especially in the Boston Public Market. Try Bon Appétit Crêperie for a made-to-order crêpe or the Beantown Pastrami Co. for a generously sized turkey, corned beef, or pastrami sandwich. That’ll set you up for an afternoon touring Boston’s historic cemeteries. The oldest and most interesting burial grounds are King’s Chapel (1630), Copp’s Hill (1659), and Granary (1660), where you’ll find plenty of strikingly engraved headstones.

Pro tip: If you’re visiting during the fall, check out the beautiful arboretum at the Forest Hills Cemetery. 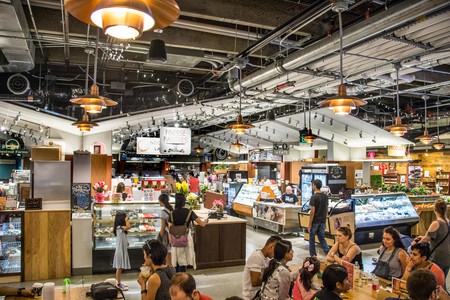 Located in South Boston, just over the water from the airport, the formerly neglected Seaport District is now one of the city’s hippest neighborhoods. In the evenings, it’s a hedonist’s amusement park packed with restaurants, bars, and clubs. If you like your hangouts busy and loud, head to Scorpion Bar for Mexican food and cocktails. Or, if you’re big on beer, try the City Tap House, where there are more than a hundred varieties to sample. Don’t return to your accommodation until you’ve enjoyed a drink at the Envoy Hotel’s chic rooftop bar, the Lookout.

Pro tip: If you want an inexpensive bed in this lively area, YOTEL Boston is hard to beat.

Spend your last morning in Boston learning about the city’s crucial role in the birth of the United States. Knowledgeable, costumed guides lead walking tours along the Freedom Trail, a 2.5mi (4km) route that visits 16 key landmarks. Tours start on the hour, every hour, from Boston Common – American’s oldest public park – and take in the Old State House and Faneuil Hall.

After lunch in Chinatown – try Winsor Dim Sum Café or China Pearl – spend a couple of hours exploring the area. Sample traditional Cambodian, Thai, Chinese, and Vietnamese produce at the lively street markets. Afterward, stroll through the leafy Bay Village neighborhood to reach the Mary Baker Eddy Library, where you’ll find the Mapparium. This three-story-high, stained glass globe shows how the world’s continents were divided in 1935 (the year of its construction). 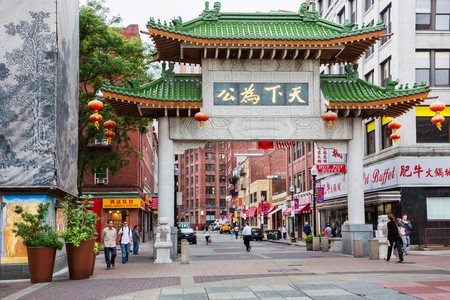 Dedicate your last evening in Boston to sampling the seafood – especially the lobster – for which the city is famous. If you’re traveling in a group, head to the Barking Crab in Fort Point to share a gargantuan clambake ؘ– a New England delicacy of whole lobster, clams, corn on the cob, and potato salad. Over in North End, Neptune Oyster does one of the best lobster rolls in the city – just be prepared for a wait. For an Italian experience, head to Scampo in West End and treat yourself to an unforgettable lobster pizza, created by award-winning chef Lydia Shire. 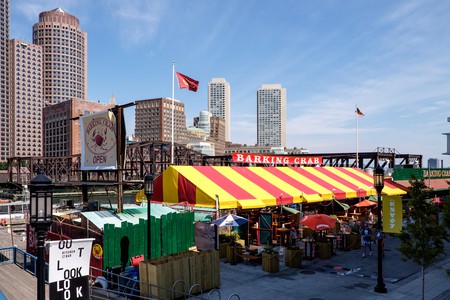