Why is the US Government Flying Planes to Area 51 Every Day? 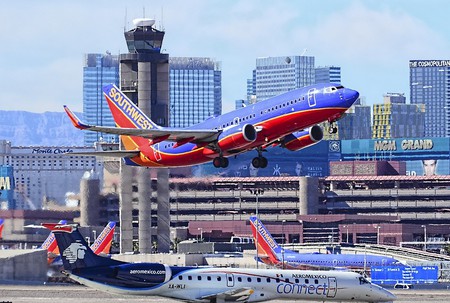 Every day, the mysterious planes of a non-existent airline disappear into the restricted airspace near Area 51. Consider it America’s most mysterious commute.

There are many rumors and theories about Area 51, the top-secret government facility located in southern Nevada. Most of them are related to flying saucers, alien spaceships, experimental aircraft and other mysterious objects in the sky. While we cannot confirm or refute any of those stories, we do know that the Janet Jet is absolutely real—even if it does have a tendency to vanish into the proverbial thin air. 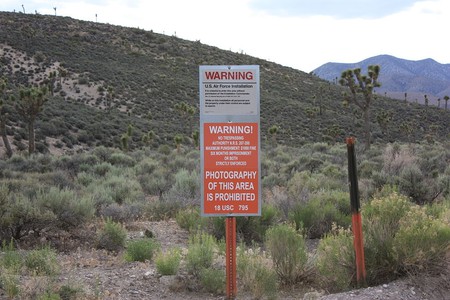 So, what exactly is Janet Jet? It’s the unofficial name for the airline that flies out of a private terminal on the west side of Las Vegas’ McCarran Airport, transporting personnel back and forth from locations within the Nevada National Security Site. Destinations include the Nellis Air Force Base, Tonopah Test Site and, of course, Area 51. The “Janet” nickname is derived from the fleet’s call sign; the planes have no names or distinctive markings—just a single red stripe and an ID number. 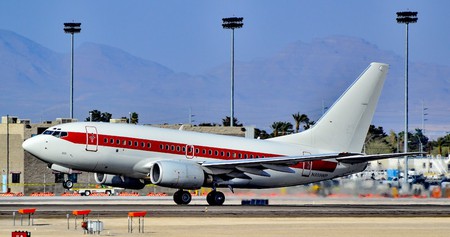 Of course, “Janet” is just the call sign used in civilian airspace. Once Janet flies into restricted areas, she acquires a new, secret code name and vanishes into a sort of Bermuda Triangle. After making the rounds of various sites, Janet regains her cover name and magically reappears among the Southwests and Deltas filling the civilian skies.

Janets began flying in the early 1970s with a single plane—today there are about a half-dozen in service, but, of course, we don’t know for sure. The first Janets were acquired from the now-defunct Western Airlines, which is the likely origin of the red stripe markings. Currently, most of the planes in the fleet are retired Air China Boeing 737-600s. 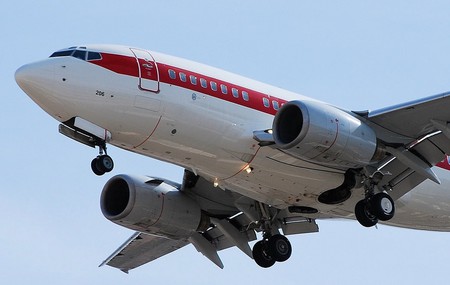 The Janets are owned by the U.S. Air Force, but are operated by AECOM, a military contractor. If you’re interested in a career in the cryptic skies, the company occasionally advertises for flight attendants—however, it’s not a gig that involves serving cocktails and peanuts in a cute uniform. As one ad stated, the job may involve “severe weather conditions, including turbulence, delays due to weather or mechanicals, hijackings or bomb threats.” And, of course, all applicants have to pass a security check and receive “top secret clearance.” After all, not just anyone gets to fly non-stop to Area 51.