The 12 Most Non-Touristy Things to Do in Las Vegas

Las Vegas Strip at Night | © Marco Verch / Flickr
When people come to Las Vegas, there are a few items that usually top the list of things to do: visit the Welcome to Las Vegas sign, walk the Las Vegas Strip, or see the Bellagio fountains. However, if you’re in town for an extended period of time, or it’s not your first trip to Sin City, you might want to try something new and experience a different side of the city. Here are some of Culture Trip’s suggestions.

The reservoir created by the Hoover Dam, also known as Lake Mead, is a popular place to boat, scuba dive, fish, and to spend holidays. It’s a 45-minute drive from the Las Vegas Strip and home to the desert mountain sheep, mountain lion, and the great horned owl. There are also hiking trails, lookout points, and campgrounds that offer a picturesque getaway from the bright lights of Las Vegas. 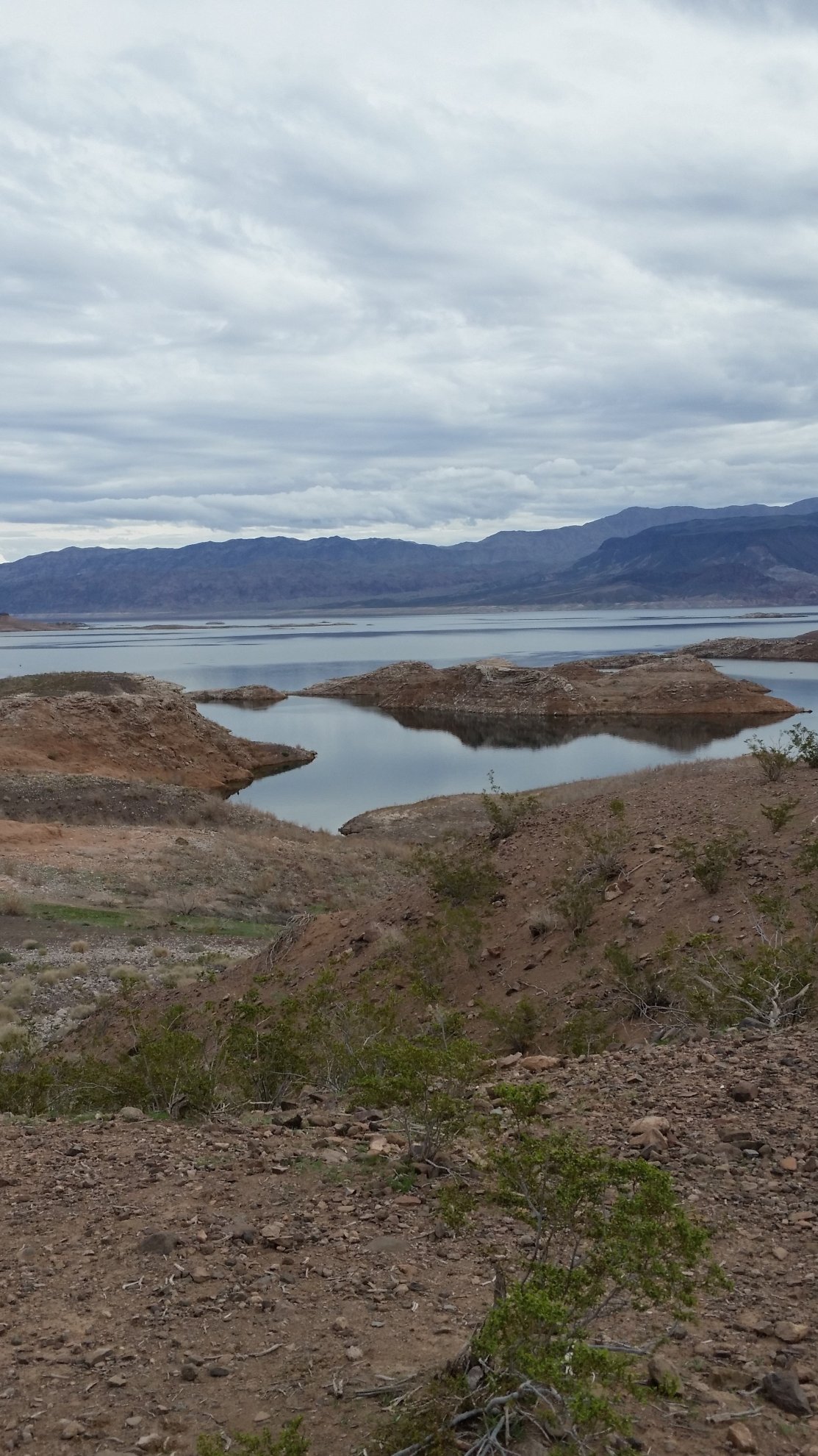 Go to the drive-in

Drive-in theaters are a thing of the past, except in Las Vegas. Today, they make up less than two percent of all movie theaters in the United States, but the West Wind Drive-In Theater in North Las Vegas is fully operational. Tickets are cheap, and no one will say anything if you bring food, but there is an old-fashioned snack stand available for popcorn and candy. Visiting the drive-in is a great way to spend the warm summer nights in the city and see a different side of it.

First Friday is a monthly, community art event that takes place in The Arts District in downtown Las Vegas. Food trucks, artists, and performers line the streets of the district, making it a fun way to spend a Friday night with friends and family. The event is free to attend, but parking can be problematic, so arrive early, carpool, or take an Uber.

Eat at the Bootlegger

Bootlegger Italian Bistro proves that some things in Las Vegas never change. Open since 1949, the Bootlegger is one of the oldest restaurants in the city, and it has remained a family-owned operation ever since. The restaurant features original recipes of the family matriarch, Maria Perry. It sits on Las Vegas Boulevard south of Mandalay Bay, making it an easy Uber or cab ride from your hotel. Popular menu items include pollo scallopini, tiramisu, and the house specialty lasagna.

Drive out to the Extraterrestrial Highway

Las Vegas might be world famous for its nightlife, but at one time, it was better known for its alien connections. Alien aficionados, marathon runners, and anyone looking for the infamous Area 51 frequent the Extraterrestrial Highway. The 98-mile (157.7-kilometer) stretch of Nevada State Route 375 north of Las Vegas gets its name from the infamous military facility located in the middle of the desert. Along the highway, you can find alien jerky and an alien-themed gift shop and kitschy little café called The Little A’Le’Inn. Photography is prohibited in and around Area 51, and the guards on duty strictly enforce this regulation. 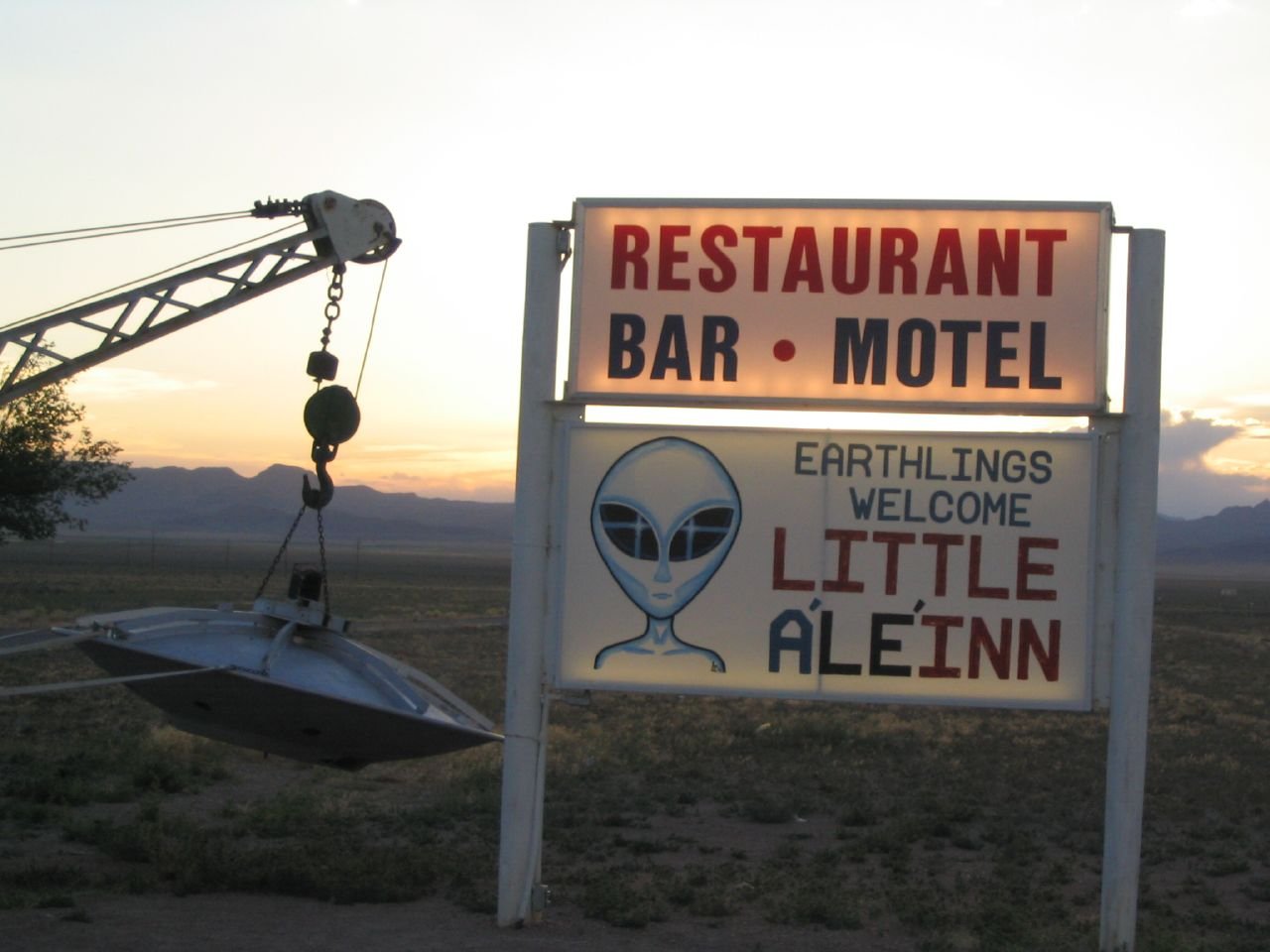 Bonnie Springs Ranch, nestled within the Red Rock Canyon National Conservational Area, is a hidden little getaway most tourists might overlook. Bonnie Springs includes a hotel, horseback riding, and a petting zoo. You’ll mostly find farm animals inside the zoo, such as goats, chickens, and horses. There are some exceptions, though, such as the resident lynx and wallabies. Bonnie Springs is fun for those with children, animal lovers or anyone with an interest in the Old West. 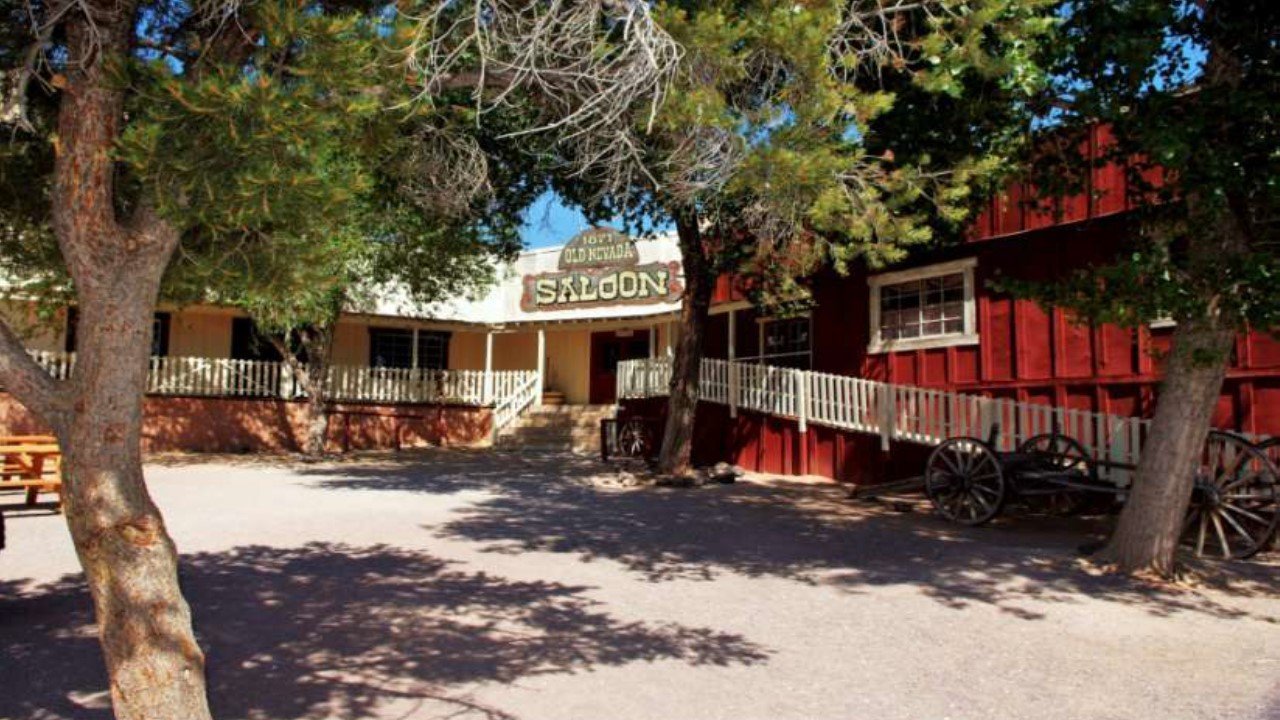 Las Vegas doesn’t come to mind when you think of water sports. However, at Lake Las Vegas, guests can take part in a variety of activities both on and off the water. Introductory paddle board lessons are available, as well as yoga on paddle boards, Duffy boat rentals, kayaking, wake boarding, and flyboarding. 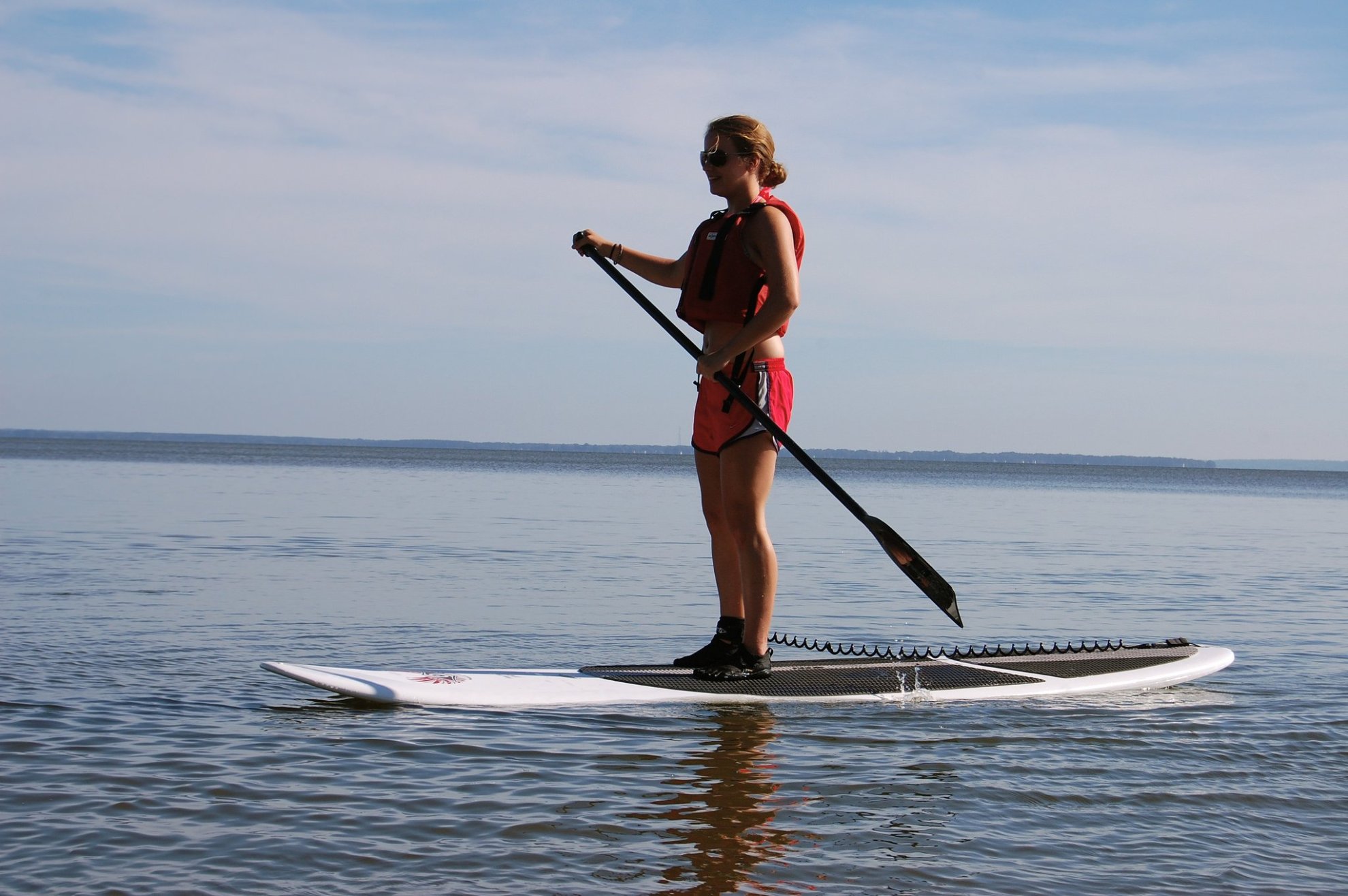 Hiking Trail, Park
Add to Plan
A day at Red Rock Canyon National Conversation Area | © BLM Nevada / WikiCommons
Campers and rock climbers love Red Rock Canyon. The 19 hiking trails and six climbing areas draw outdoor lovers of all types throughout the year. The only developed camping area is the Red Rock Canyon Campground, which is closed during the summer because of the heat. For those who just want to enjoy desert scenery, the 13-mile (21-kilometer) loop that cuts through Red Rock allows visitors and bikers to get a comprehensive view of the park.
More Info
Open In Google Maps
1000 Scenic Loop Drive, Las Vegas, Nevada, 89161, USA
+17025155350
Visit website
Visit Facebook page

If you’re not paying attention, it’s easy to miss the Baobab Stage Theater. Located inside Town Square, the Baobab Theater is part fashion boutique and part theater and hosts concerts, plays, and fashion shows year-round. Owner Wassa Coulibaly, a former Cirque du Soleil artist, initially opened the theater to showcase her own play Red Dress but has kept it open since.

Park
Add to Plan
Elephant Rock, Valley of Fire State Park, Nevada | © In Sappho We Trust/WikiCommons
If you’ve got a car while you’re in Las Vegas, take an hour drive outside of the city to Valley of Fire State Park, which features Aztec sandstone formations, petroglyphs, and a wide variety of wildlife. Valley of Fire has also appeared in a number of Hollywood films over the years, from Viva Las Vegas to Total Recall. Points of interest inside Valley of Fire include the Beehives Formation, Atlatl Rock, and Rainbow Vista Trail.
More Info
Open In Google Maps
29450 Valley of Fire Hwy, Overton, Nevada, 89040, USA
+17023972088
Visit website
Visit Facebook page

Purple Reign is a show for all Prince lovers and children of the ’80s. Located inside the Westgate Las Vegas Resort & Casino, Purple Reign pays tribute to The Artist (Formerly Known as Prince). With beautiful dancers befitting Prince’s band The Revolution, Jason Tenner brings back the spirit of the beloved singer. If you go on a Friday night with a VIP ticket, you can attend the after-party, Purple Reign After Dark.

Currently showing at The LINQ, Divas Las Vegas is the city’s quintessential drag show. Frank Marino, the host and headlining female impersonator with razor-sharp wit, is a classic Vegas performer; his career on the Las Vegas Strip has spanned nearly 30 years and shows no sign of slowing down. The show features Madonna, Lady Gaga, and Katy Perry, along with an original, heart-wrenching performance of “What Makes a Man a Man.” The show offers a full bar throughout the performance, and seating is similar to that found at a dinner theater, so you’ll likely find yourselves sitting across from strangers.