Tips On How to Tackle a Las Vegas Buffet 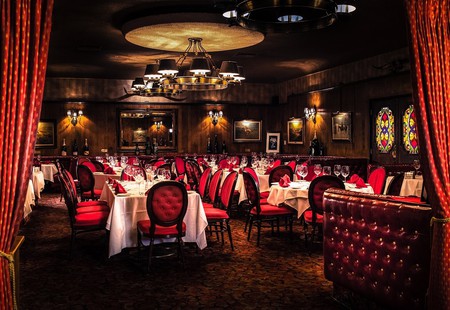 A buffet is seemingly easy to maneuver. But its art is not easy to master, nor is it as simple as merely feasting on as much food as can fit in your stomach. With endless cuisines to try, Las Vegas buffets are great if you’re looking to eat your way around the world.

Las Vegas is the capital of buffets. Yes, the Strip is invariably a destination for slot machines, fountain shows and miniature remakes of the world’s landmarks, but Sin City has long been a haven for buffets. Some run on a platform of $17 all-you-can-eat prime rib and tubs of mac and cheese kept warm under a glistening heat lamp; others, like Wicked Spoon at the Cosmopolitan Hotel, operate on a high-end, elevated stage, dishing out individual bowls of cavatelli carbonara, sticky buns drenched in caramel sauce and made-to-order omelets.

“Buffets came around because [casinos] wanted to keep the gambling going,” says Mark Crane, the chef de cuisine at Wicked Spoon. “They wanted to have something very quick and easy so [gamblers] could just stop and get food without really stopping. Fast forward to where we are today and it’s an integral part of every resort up and down the Strip.”

Thanks to a few savvy employees at the El Rancho Vegas, the first Vegas buffet was born in the 1940s. Looking to keep guests around after a late headliner, the kitchen brought out a sampling of cold cuts, salads, bread, cheese and some hot entrees, quickly appeasing hungry gamblers. The spread ultimately morphed into the 24/7 Buckaroo Buffet offering an all-you-can-eat meal for a mere dollar.

Even with all the recent transformations, diners have noted that walking into any Las Vegas buffet can quickly become overwhelming. After all, there’s food everywhere. So in the interest of making sure you don’t fill up in the first five minutes, follow these tips on how best to tackle a Las Vegas buffet. 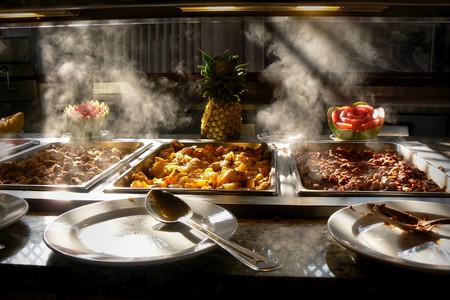 This may seem, well, obvious, but arriving ravenous to a buffet is key to trying as much as possible. The hungrier you are, the more room there is in your stomach, and the more opportunity you have to sample slices of French toast and sausage links and puffed-up pork buns.

Buffets are rife with the good stuff – but there’re also filler foods engineered to quickly make you full, and therefore eat less. To avoid copping out early, start at the carving station: pile your plate with slabs of prime rib, hunks of Italian sausage and strips of chicken. Turn your plate into a mountain of crab legs, then fill another just with oysters dabbed with edible flowers. That way if you manage to fill up on one (or three) plates of the good stuff, you’ll at least feel you got the best value for what you paid. 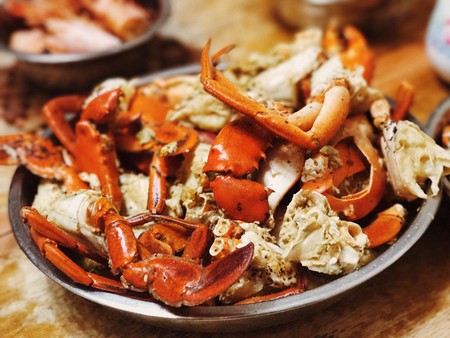 Be sure to make a beeline for the good stuff, like crab legs and prime rib | © Hung Ho / EyeEm / Getty Images

That creamy mac & cheese and spaghetti slick with meat ragu may be tugging at your heart (and stomach), but it’s best to leave it for the very end. Pasta – and other carbs like pizza and bread – fill you up far faster than other items.

Don’t simply have one thing

The beauty of a buffet is that you have the opportunity to try things you wouldn’t normally order at a sit-down restaurant. Never had polenta? Spoon a small helping at no extra cost! Think you might like the custardy, caramel-packed canelés? Nibble a piece and see if you go back for bite number two. After all, at the end of the meal, you may develop a love affair with roasted beets. 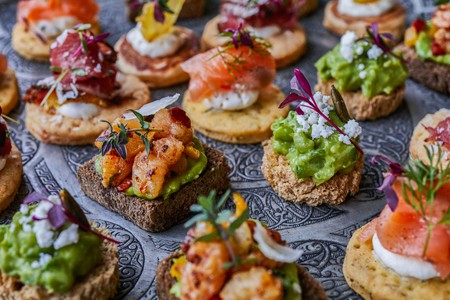 There’s no need to rush. There’s plenty of food to go around for everyone, which means you should take the time to relax too. In between courses or plates, take a brief breather and gather yourself before hopping back up and going for thirds and fourths.

Pass on the alcohol

At most buffets, alcohol is already an added expense. And in any case, drinking while eating heavy food is only going to fill your stomach up faster. So if it’s the food you’re after, save the drinking for the Strip. 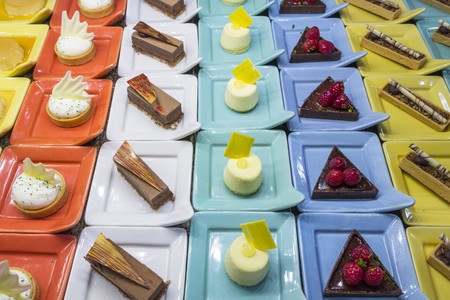 Save room for dessert

You may be rising for plate number five – that basket of fried chicken is calling your name – but those final bites may quietly put you over the edge. Instead, take a gander at the equally desirable dessert section, which is just as diverse and integral as any of the savory stuff. Pop back for mini cakes piped with whipped cream or nurse cups of pistachio and strawberry gelato – those forsaken hash browns will have been worth it.