Mine for Gold at Eldorado Canyon 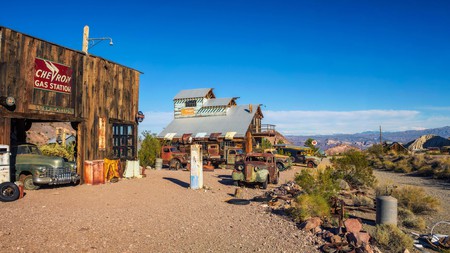 Long before the neon lights of Las Vegas, people flocked to Nevada in the hopes of finding a different kind of good fortune. Eldorado Canyon became a gold-mining heaven, while also defining the untamed land of the Wild West. Now known as Nelson, it’s a ghost town with neglected buildings and rusty cars that serve as stark reminders of its ruthless past.

In the 1700s, Spaniards set up base at the mouth of the Colorado River, naming the area Eldorado (Golden). They didn’t stay for too long, though, and it wasn’t until around 100 years later, in the spring of 1861, that hundreds of hopeful prospectors and miners came here looking to strike gold. They got lucky, discovering the fateful Salvage Vein around 5mi (8km) down from Eldorado Canyon – long, thick ribbons of gold shooting down the river. This led to the establishment of multiple mines, the leading one being the Techatticup Mine, the oldest and richest mine in southern Nevada. 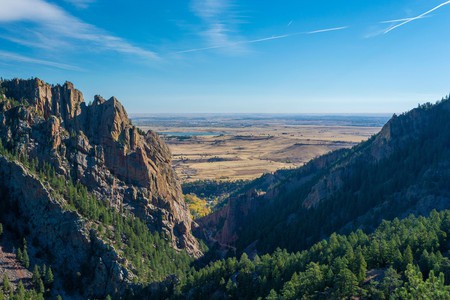 But it was never going to be smooth sailing. With the discovery of gold came greed and bloodshed. The area was synonymous with crime and the debauched town became practically lawless. Everyday life in Eldorado was riddled with shoot-outs, murder and grisly goings-on. For many years, the mines functioned alongside a clockwork of crime, all the while producing untold riches through gold, silver, copper and lead. It was the epitome of the bloodthirsty Wild West.

However, the boom didn’t last. In 1974, a flood destroyed most of the village and the area was abandoned. Eldorado Canyon became known as the community of Nelson, which today is home only to a few scattered ranch houses, rickety machinery, rusty cars and a battered Texaco station. This desolate but beautifully scenic area is a favorite spot for photographers and videographers – music videos and movies have been shot here, and you can even see the crashed airplane from the film 3000 Miles to Graceland (2001). 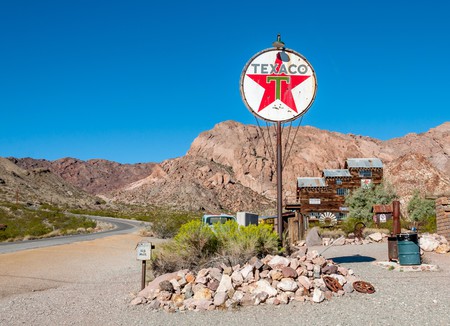 Though not many residents remain in Nelson, those that do run tours of the area. Join them and explore Eldorado for yourself, learning all about the sordid gold-mining history of the area. Traipse above and below ground, stroll the empty streets, see the veins once laced with gold and wander through the narrow walls of what remains of the rugged Techatticup Mine. 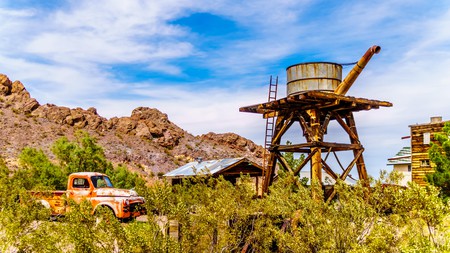 A visit to Eldorado Canyon is the best way to get a taste of the raw Wild West and retrace the steps of 17th-century gold-mining chancers.