Walk Through This Neon Wonderland of Giant Las Vegas Signs 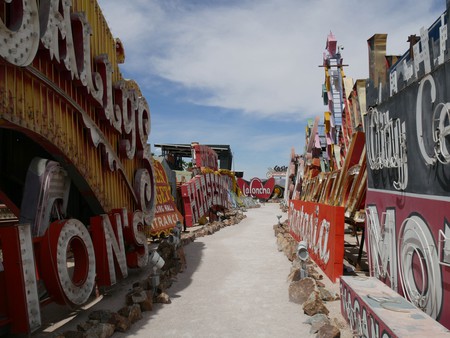 When you think of Las Vegas, it’s hard not to conjure up images of neon signs. The Vegas-based Neon Museum preserves and celebrates this aspect of the city’s luminous history.

If one thing epitomizes Sin City, it’s the neon sign. Mention the city and the first thing many people think of is the Las Vegas Strip, lined with shimmering marquees. The Neon Museum celebrates both neon and the city itself by preserving and restoring vintage signs from Las Vegas’s golden age. 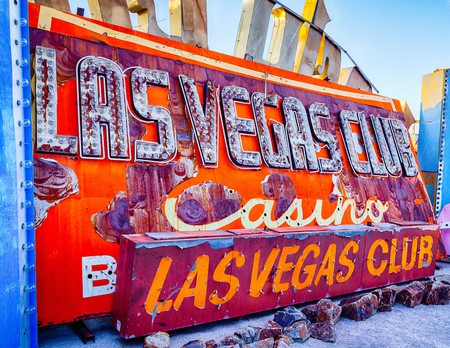 “We’ve been able to capture a bygone era. An era when bigger was better and garish, and sometimes outlandish, mirroring the pop culture of mid-century America,” says Rob McCoy, president and CEO of the Neon Museum. He adds that museum guides “tell the story of Las Vegas through the signs in our collection. Odds are you will learn more about Las Vegas history in one of our tours than from any other source in Southern Nevada.”

The origin of the Neon Museum could be said to be the ‘boneyard’ of the YESCO sign company where defunct signs were stored. The boneyard made appearances in films such as Corvette Summer and Mars Attacks!, and folks would drive up to peer through the fence at relics of old Vegas. 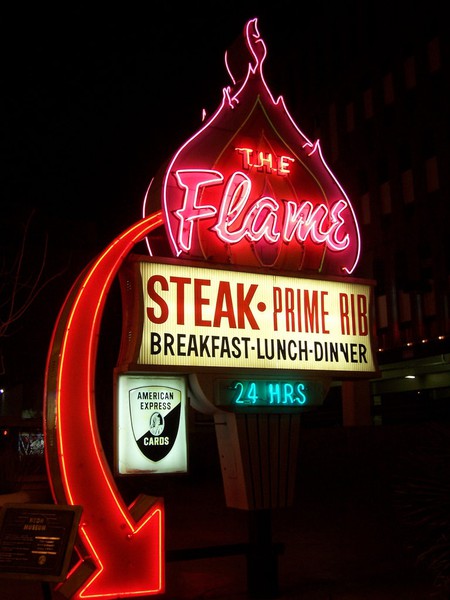 The Neon Museum proper was founded in 1996, adjacent to the old YESCO yard, although tours were by appointment only. To celebrate its opening, the museum installed the first of what would become many restored signs around the city: the Hacienda horse and rider at the intersection of Las Vegas Boulevard and Fremont Street. Others since then have included signage for The Flame Steakhouse, Silver Slipper casino and the Landmark Casino, the last placed on its original site across from the Las Vegas Convention Center. 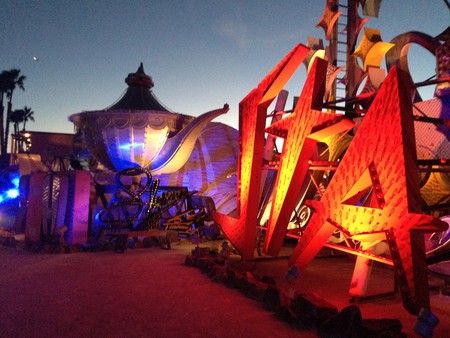 The Neon Museum is the repository for relics of some of Las Vegas’s most storied and celebrated properties, from the Moulin Rouge to the Desert Inn to the Showboat. Defunct signs from still-functioning properties such as Caesars Palace and the Flamingo are also part of the museum’s collection, as well as pieces from smaller businesses such as motels, dry cleaners and restaurants.

An important piece of Las Vegas’s architectural history is also part of the Neon Museum’s collection: the lobby of the La Concha Motel that serves as its visitors’ center. Celebrated African-American architect Paul Revere Williams designed the building. When the motel was torn down in 2003, the lobby remained; five years later, it was disassembled and moved several miles north to the museum site.

The #NeonMuseum collection chronicles changes and trends in sign design and technology through pieces ranging from the 1930s to present day. 📷: @gertrudegloria

With its interactive, photo-op nature, the Neon Museum was one of the first ‘Instagrammable’ museums. “We absolutely believe the Neon Museum was on the leading edge of this new era,” says McCoy. “As a multi-disciplinary museum, we’ve been able to effectively showcase art, history, design and science in one dynamic location appealing to diverse audiences from around the world.” The blend of art and history has made it one of the state’s most popular museums and the perfect site for countless photo shoots, both professional and amateur. 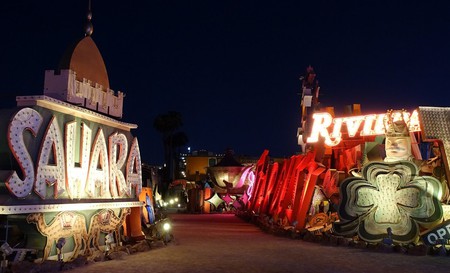 The Neon Museum continues to be one of the most popular attractions in Las Vegas. With 200,000 visitors in 2017, the museum has added additional tours, expanded hours and added the new show BRILLIANT!, which uses computerized projections to re-light old signs to a Rat Pack soundtrack. McCoy describes it as “an altered reality show [in which] we are able to bring to life iconic Las Vegas signs and some of the famous entertainers whose names graced them.”

✨ The Neon Museum is often called a “graveyard” and we’re not completely sure why that is. While many of the signs are no longer in working condition, the Neon Boneyard is where signs come to live a new, reimagined life! And thanks to everyone who visits and donates, Las Vegas history continues to live. 📷: @mattcrump

McCoy is also excited about the Neon space, which hosts lectures, special events and, recently, an exhibit of the sign from the Blue Angel Motel. “The Blue Angel exhibit gave us the opportunity to highlight one of our key missions – the saving of important historical signs and artifacts. The Angel epitomizes the once robust motel industry that thrived in Las Vegas from the 1940s-1970s.” Also upcoming is the restoration of the guitar sign from the Hard Rock Cafe, which will be the largest piece in the museum’s collection at approximately 80 feet.

“Everyone has a romantic image in their mind of old Las Vegas,” says McCoy. Even as Las Vegas continues its perpetual change, the Neon Museum preserves the brightest part of that image, glowing beneath the desert sky. 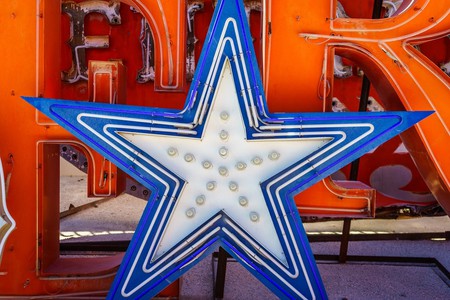