How the Shrimp Cocktail Became a Classic Las Vegas Dish 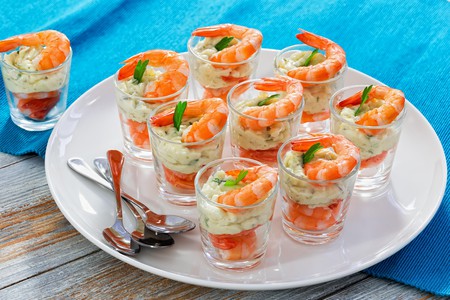 The Las Vegas dining scene offers everything from high-end Michelin-star dishes to humble diners serving cheap comfort foods – but the city’s classic shrimp cocktail has outstripped them all to become an enduring part of the city’s history.

There’s a timeless quality to the shrimp cocktail – the most popular appetizer in the US from the mid-’60s until the late ’80s, the taste of which echos wedding breakfasts and cocktail parties of days gone by. The simple dish consists of cooked shrimp, chilled and served in a parfait glass along with a lemon wedge and cocktail sauce. Because there are so few ingredients in a shrimp cocktail, the quality is largely determined by the freshness of the shrimp and whether or not the sauce – which is usually a mixture of ketchup, Tabasco sauce, Worcestershire and lemon – is homemade. Like Las Vegas itself, when it’s right, it’s right.

History of the shrimp cocktail

Las Vegas‘s love affair with the shrimp cocktail dates back only as far as the late 1950s – though in the fast-paced land of casino implosions and infinite rebranding, it might as well be the dawn of time. It was brought to Sin City in 1959 by Italian-American businessman Italo Ghelfi, who was a managing partner at the Golden Gate Casino, now the oldest casino in Las Vegas. Ghelfi – who went on to manage the property for four decades – priced the dish at 50 cents, and unwittingly started a culinary trend that would come to be known for its place in Las Vegas history.

Throughout the years since, the dish continued to enjoy immense popularity, with the casino selling as many as 2,000 shrimp cocktails a day. In true Las Vegas style, the Golden Gate Casino celebrated the sale of its 25 millionth shrimp cocktail in 1991, at a lavish soirée with former mayors of the city in attendance. It was then that the price was raised for the first time in more than 40 years, to 99 cents.

In 2017, following a 106-hour closure for renovations at the Golden Gate, Du-Par’s – the 24-hour diner that had been serving the famous shrimp cocktail since 2010 – abruptly closed. As of today, the original Las Vegas shrimp cocktail, which was heralded for its secret-recipe cocktail sauce, is no longer sold at the Golden Gate Casino. Nevertheless, the property still owns the secret recipe, and it’s rumoured there are plans to revive the tradition with the opening of a new restaurant in the coming years. 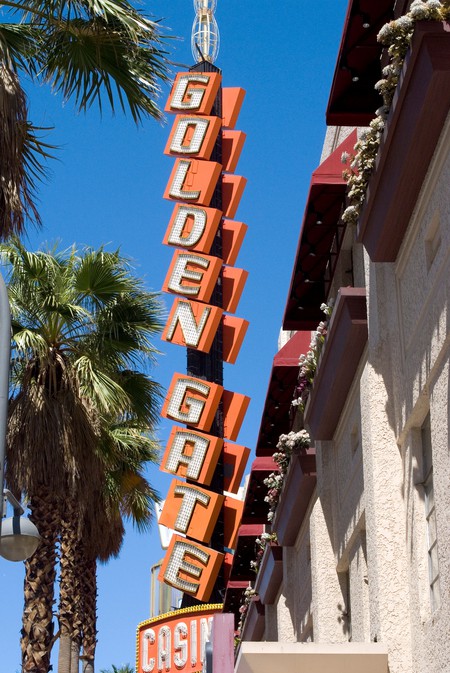 Despite the absence of the original shrimp cocktail, the dish is still as popular as ever in Las Vegas. According to Reader’s Digest, the city goes through 60,000 pounds of shrimp a day.

The dish has come a long way since its launch. It now appears on the menu of almost every restaurant in the city, with some even offering it 24 hours a day, just as Du-Par’s once did. If you’re looking for the best, a good bet is Oyster Bar at Palace Station, located just off the Strip: a tiny 24-hour spot in the middle of the casino floor that won the ‘Best of Las Vegas Gold Award 2018’ for the best shrimp cocktail in the city. While the dish is a little pricier here, it remains one of the most popular locations and – you guessed it – is open 24 hours a day.

Another late-night option is Jerry’s Famous Coffee Shop at Jerry’s Nugget Casino, set a little way back from the neon lights of Fremont Street, and offering a great cocktail featuring four jumbo shrimp at a very reasonable price. If you don’t mind venturing a little further out into the valley, it’s also worth checking out the shrimp cocktail at Shucks Tavern & Oyster Bar, a 24-hour restaurant on the westside.

The shrimp cocktail is indicative of a time in Las Vegas when tourists dressed in sport coats and slinky dresses, ordered martinis and watched jazz crooners in smoky lounges. But as the years have passes, the appetizer’s reach has grown. Now – whether you’re in an evening gown or at a dimly lit neighborhood bar, chowing down on the dish while feeding dollar bills into a video poker machine – the spirit of Sin City’s glamorous heyday lives on through the shrimp cocktail. Italo Ghelfi might have brought the dish to Las Vegas because he was homesick for the fresh seafood he’d left in California, but today the shrimp cocktail is as much a part of the desert as the Golden Gate Casino is a part of Las Vegas. 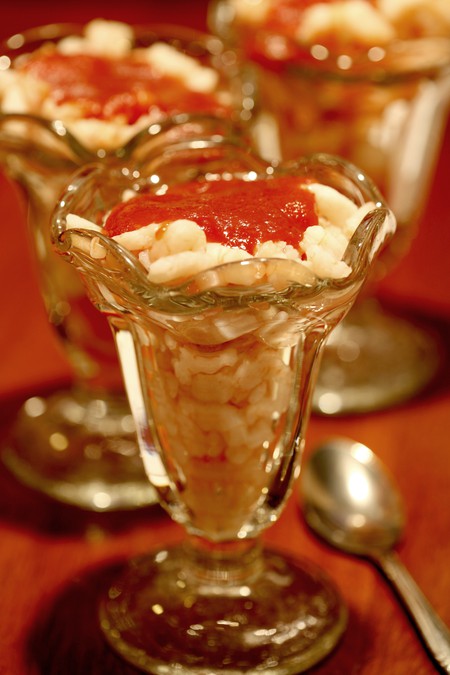