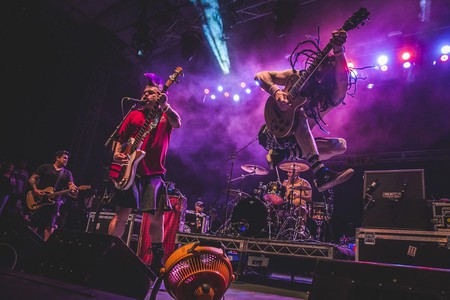 For over two decades, Las Vegas’ Punk Rock Bowling has gone from a party for a few dozen friends to a multi-day celebration that draws thousands of attendees.

In 1999, brothers Mark and Shawn Stern decided they wanted to throw a party for some of their friends in the punk community. Thus, Punk Rock Bowling was born, a celebration of punk music and culture, as well as bowling and beer. 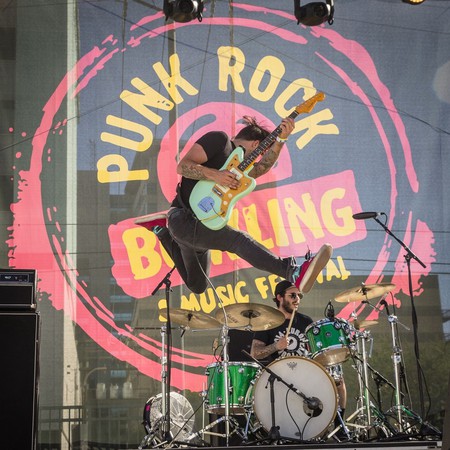 The brothers were veterans of the scene, having played in bands like Youth Brigade and Royal Crown Revue, as well as booking/promoting shows and running the BYO record label.

“Punk Rock Bowling originally started at a bowling alley in Santa Monica and was only open to punk bands, labels, fanzines and college radio,” Mark Stern has said. “We decided to move the party to Vegas and turn it into an annual weekend.”

NOFX headlined a show at the historic Huntridge Theater, there was bowling and punk rock karaoke and good times and the tradition began—one that was only going to get bigger. 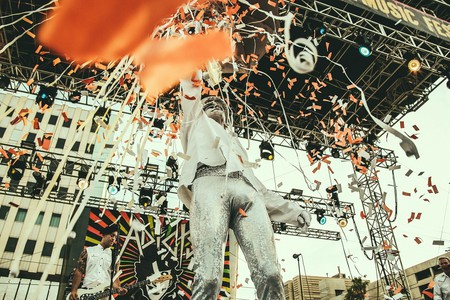 Punk Rock Bowling now runs four days and draws approximately 15,000 attendees who fill the streets and bars of Downtown with Mohawks and leather jackets. For many, it’s an annual pilgrimage to bond with old friends and make new ones. The bowling tournament involves teams in crazy costumes pulling pranks on each other, the daytime shows offer food trucks and vendors alongside both young and veteran bands. Over the years, many icons of punk have played the festival, including Devo, Descendents and Iggy Pop. Shawn Stern called it “the greatest punk-rock event you won’t remember.” 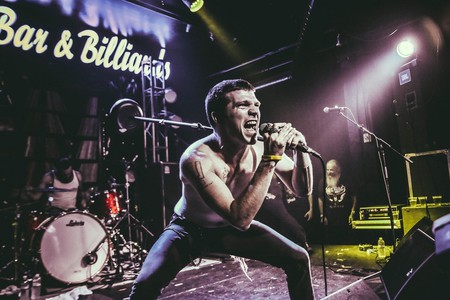 For many bands, playing for the PRB audience is something of a homecoming. “When we started this band, we didn’t fit in,” says Tony Hajjar, drummer for At The Drive-In, one of the headliners on this year’s bill. “But we had the privilege of playing with all of these bands … a lot of bands on the West Coast took to us even though we sounded nothing like them and they really gave us a lot of love back in the day. So it’s exciting to play with the people who supported us.” 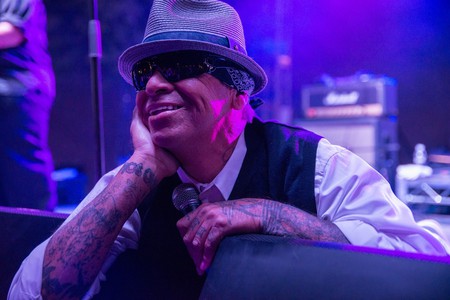 The 2018 installment of Punk Rock Bowling promises to be a rager indeed. From May 24-28, there will be large concerts, small club shows, matinee lounge gigs, pool parties, film screenings, a poker tournament and, of course, bowling.

There are three days of outdoor concerts at the Downtown Events Center: Saturday is headlined by Rise Against and Suicidal Tendencies, Sunday is NOFX and the Mighty Mighty Bosstones, and Monday is At The Drive-In and X, with about a half-dozen other bands on each bill.

Late night club shows are spread across several venues and run Thursday through Monday—acts include Fishbone, TSOL and the Dead Boys. An anniversary book has also been created, with cover artwork by Shepard Fairey, filled with photos and memories of two decades of anarchic amusement.