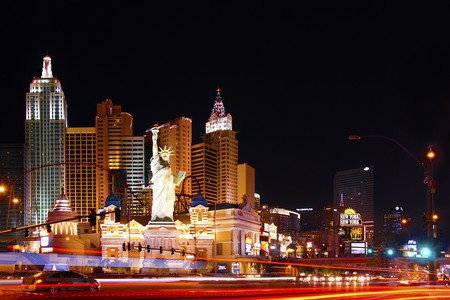 There are dozens of reasons to visit Las Vegas – whether for the grandiose live performances, hot nightlife scene, or poolside parties. But when it comes to Sin City, gambling almost always comes in at number one. Even if you don’t fancy betting on cards, most people find themselves throwing a few pennies into the slots on the way back to the hotel room. From European settlement to gambler’s paradise, here is how this desert city quickly found itself at the epicenter of the casino business.

Archeologists claim that ancient Native American tribes had occupied Southern Nevada for thousands of years before the arrival of European settlers in the 19th century. The land, once a wet marshland, turned to arid desert over hundreds of years, water only rising from time to time to water the vegetation in present-day Las Vegas. Explorer Rafael Rivera, who was currently en route to California by way of the Old Spanish Trail, discovered the oasis in 1829, naming it Las Vegas, or ‘the meadows,’ after the green valley grasses. Over the course of the next century, Mexican and Mormon settlers filtered into Las Vegas, and then out again. Little changed until the arrival of the railroad in 1905, connecting the city to major cities on the Pacific Coast. Plans for the new downtown were developed, and auctioned off by railroad investors. Las Vegas was officially incorporated in 1911. 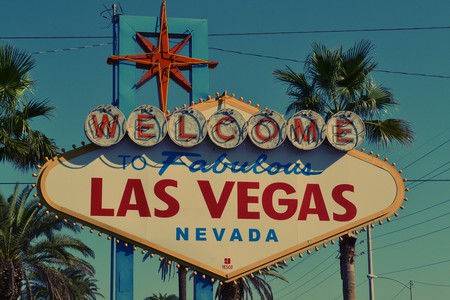 Founded by railroad workers and ranchers, Old West theology resonated throughout the town. And with it came an appetite for prostitution and gambling, the perfect breeding grounds for organized crime. Clandestine speakeasies and bootleg casinos continued to operate despite Nevada‘s ban on gambling in 1910, and many East Coast mobsters quickly established roots in the city. In 1931, construction began on the Hoover Dam just outside Las Vegas, and thousands of workers came to work. And with gambling legalized, new casinos and showgirl venues opened up along the only paved road in the city, Fremont Street, in hopes of attracting workers. 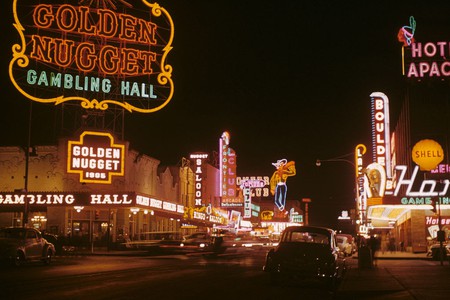 In 1941, the first hotel opened up off Highway 91: El Rancho Vegas resort. Other hotel-casinos followed suit, and this section quickly became known as ‘the Strip.’ In 1946, East Coast mobster Bugsy Siegel, backed by fellow mob boss Meyer Lansky’s Mexican drug money, opened the Flamingo – a high-end resort modeled after Hollywood, drawing in first-rate talent and celebrities. Siegel was murdered in 1947, but other gangsters carried out his vision for Sin City, many helping to open the Riviera, the New Frontier, the Sands, and the Sahara in the 1950s and 1960s. Most of the construction was funded by drug trafficking and illegal business practices, using the hotel-casino to launder money; many mobsters received investments from reputable groups such as Wall Street banks and the Mormon Church. With a booming casino scene, tourists flocked to Vegas for gambling, slot machines, and to see famous performers such as Frank Sinatra and Elvis Presley. 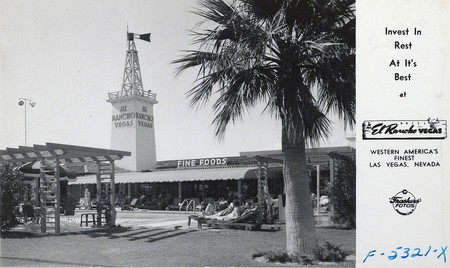 In 1966, Howard Hughes, a billionaire and savvy businessman, purchased the Desert Inn after deciding not to leave. He went on to purchase over a dozen more hotels, pushing out the former monopoly of mobsters. By the 1980s, the era of Mafia-financed casinos had ended, and many casinos had been cleaned up and sold to legitimate owners. In 1989, Steve Wynn ushered in a new wave of glamorous Las Vegas resorts with the opening of the Mirage. The Strip became transformed, many developments inspired by iconic cities like New York, Paris, and Rome. Resorts expanded, and casinos grew; today, entertainment and casinos remain the city’s biggest source of income. In 2013, Las Vegas received nearly 40 million visitors. 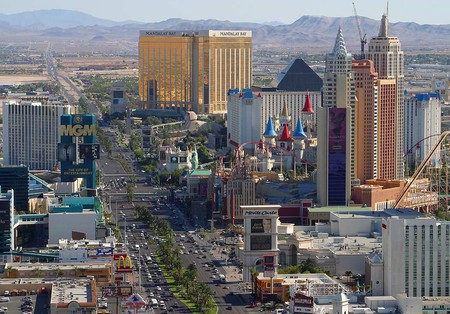