From King to Kitsch: How Las Vegas Ruined Elvis' Style 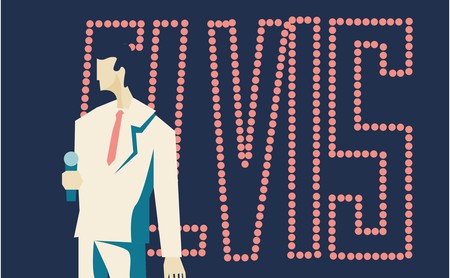 Las Vegas, city of the brightest lights and and biggest shows – also responsible for some of the biggest breakdowns of image in performance history. From humble origins, Elvis’ style irreconcilably suffered on one of entertainment’s most famous stages. Here, Culture Trip examines the transition from good looking country boy to bloated embodiment of a bygone era, and considers why no-one takes Elvis seriously now.

Born in Mississippi, Elvis grew up in an archetypal working class American family. He attended the Assembly Church in Memphis and started his career by playing country music in and around the city. His style was typical of a southern country star, paying homage to the greats of the time – Johnny Cash in his suits and ties, and Patsy Cline who channelled tasselled cowboy shirts and matching skirts. As the embodiment of a good southern country boy, Elvis was no different in his approach to style, only that he happened to be incredibly good looking. It didn’t take much more than an appearance in this basic combination of suit and tie to engender a cacophony of screams at his concerts, and it wasn’t long before Elvis was whipping crowds into a frenzy while offering simple compositions such as ‘Blue Moon of Kentucky’ and ‘Without You’. The ‘Elvis Effect’ was already in full motion though, and in November he signed his first contract with RCA records. 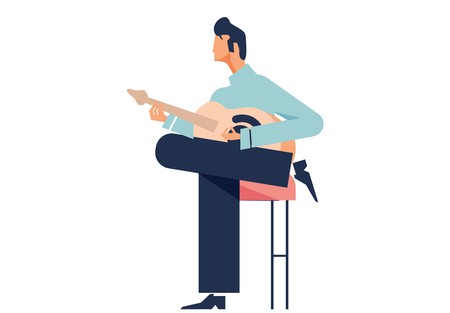 Adaptability and change marked the early years of Elvis’ career, a broad enough assertion to encompass everything from his location (he was drafted into the army in 1958 and was stationed in Germany until 1959) to the fact that his music and style varied vastly during this period. In many ways the aesthetic variations – from Jailhouse Rock era of red jacket and black slacks through to the Blue Hawaii album of 1963 which famously features Presley in a red Hawaiian shirt and strumming a ukulele – embody the energy of the performer at this time in his life. Elvis transcended and adjusted to the times with ease; constantly the relatable yet aspirational everyman, and not yet the king – although 26th September was declared Elvis Presley day in his hometown of Tupelo. His movies of the era tell a similar story: the very fact that he wears jailstripes with his immaculate double denim ensemble in Jailhouse Rock (1957), or bright blue double denim on the front of Follow That Dream (1962) suggests that the sense of realness was vital to who he was and how he was perceived: a humble star. And against this, it’s interesting to note that he did play in Vegas in 1956, to a lukewarm reception. According to reports, his performance went down ‘like a jug of corn liquor at a champagne party’. At this time, gamblers felt alienated by his style of music and fashion, preferring more established, mainstream figures. 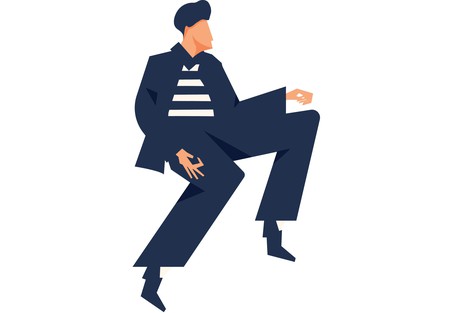 Celebrating his 28th birthday in 1963, Elvis could not have anticipated how swiftly he would fall from Grace(land) and into the fame trap of his later years. During this time Elvis starred in multiple movies – It Happened at the World’s Fair, Kissin’ Cousins, Fun in Acapulco and G.I Blues, among others. The move to create soundtracks for his movies is financially savvy, but already marks the demise of the star in many ways; his artistic output was fast becoming tied to commercial enterprise. In parallel, the Beatles were beginning to break America with their anti-corporate messages of free love and community, with long hair and kaftans to match. Style wise, Elvis couldn’t be faulted for his glamorous, suave outfits which wholeheartedly championed the idea of the American Dream. In Hard Luck he wore a traditional cowboy shirt, though notably now embellished with gold fringing – he had become a far more polished and corporate version of his original self. By 1969, the sideburns had grown and he was primed to embrace the item which would define him posthumously: the white pantsuit. 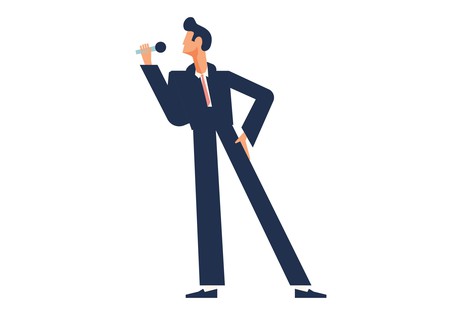 1969 onwards: The inability to transform

Elvis’s capacity to change and evolve is the hallmark of his stardom. His output was prolific and diverse, but when he arrived at Vegas to take residency the singer entered into a period of stagnation. As a venue for live acts, Las Vegas has always occupied a strange position in that it shackles performers to their most extreme versions of themselves and asks them to repeat this over and over again. It was here that Elvis’ costumes became most ostentatious, a far cry from the Memphis country singer that he began as. Make no mistake, Elvis continued to be a star – as his final live performance testifies to – but within this the disparity between authenticity and the act increased, the glam white pantsuits became the biggest emblem of Elvis the legend, but did not ensconce Elvis the man. As such, the clothes parodied the performance, and rendered the man kitsch. In the end, Elvis in Vegas became symbolic of excess and decadence, and it is tragic that it was this final aesthetic which has come to define his sartorial legacy. 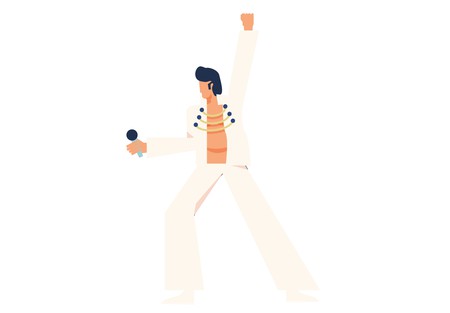