Las Vegas' Art Scene Through the Eyes of Local Artists 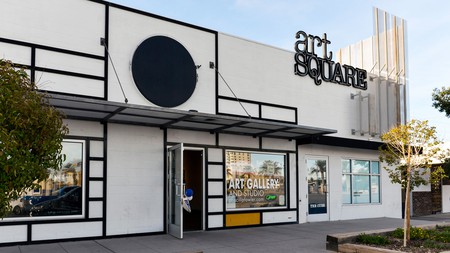 Often overlooked in favor of more prominent cities, the burgeoning art scene in Las Vegas is finally getting its due. Underneath the extravaganza that is Sin City lies an ever-growing community of artists who have shaped the look of Las Vegas through their art.

When most people think of Las Vegas, they usually think casinos, neon signs and luxurious hotels. But the former mob city has a thriving art scene that, despite its share of ups and downs, continues to flourish thanks to established and up-and-coming artists. Culture Trip spoke to Alexander P. Huerta and Jerry Misko, two local artists who have transformed Las Vegas’ art scene.

Unlike the sleek museums that define New York and Los Angeles, the art scene in Las Vegas is gritty and industrial. In the shadows of Fremont Street, studios within the Arts Factory and Art Square are filled with artists creating and showcasing work. Each month, art festival First Friday transforms downtown Las Vegas into a creative haven filled with open galleries, dancing in the streets, food trucks and community. Despite what the jingling slot machines and corporate-driven nightclubs that dominate the city might have you believe, the art scene in Las Vegas is alive and well and ripe for discovery. 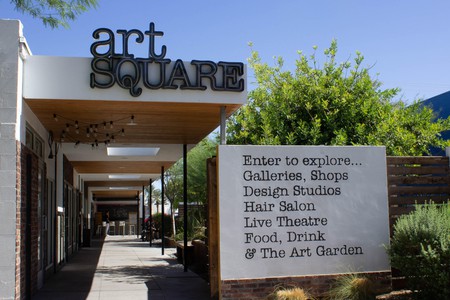 On a warm desert evening, the Arts Factory is buzzing with motion. Established in 1991, the studio space appears as a flash of rainbow on Charleston Boulevard. On the ground floor, a videographer positions a camera before a subject. Upstairs, music blares as artists paint, draw, sketch and socialize. Inside the PeaceNart Studio, we find Alexander P. Huerta working on a series of Picasso-inspired paintings. A veteran of the art scene in Las Vegas, Huerta spent years working in casinos before a chance encounter with Picasso’s 1932 painting Le Rêve inspired him to start creating art. “Steve Wynn was showing his private collection, and I went in there and looked at all this famous art,” says Huerta. “I never cared about art until that moment in my life. I was looking at that Picasso, and it stimulated me like nothing ever had and now here I am 22 years later at PeaceNart Studio.”

A small, open window in Huerta’s studio frames the Stratosphere at sunset. The neighborhood outside is where the Arts District’s monthly First Friday takes place. Huerta first showed his work at First Friday and has been a proponent of the event ever since, which he sees as an alternative to gambling and casinos. “The development of this art scene has been up and down,” says Huerta. “In the early years, it was flourishing, and when the economy [crisis] hit in 2007, it slowed things down here. The second rise is what you see now.”

Though the city struggled to establish its art scene, a New York Times article from February 2019 that declared the Arts District as “Las Vegas’s most un-Vegas-like neighborhood” helped put the city on the map. “I still see the remnants of that article,” says Huerta. “Now, people will come here from other art cities. New Yorkers tell me it’s like SoHo in the early days before it got gentrified. It’s raw. You come into the Arts Factory, and you can smell the paint, the incense, you can pick the artist’s brain. That’s an experience that is very special for art goers.” 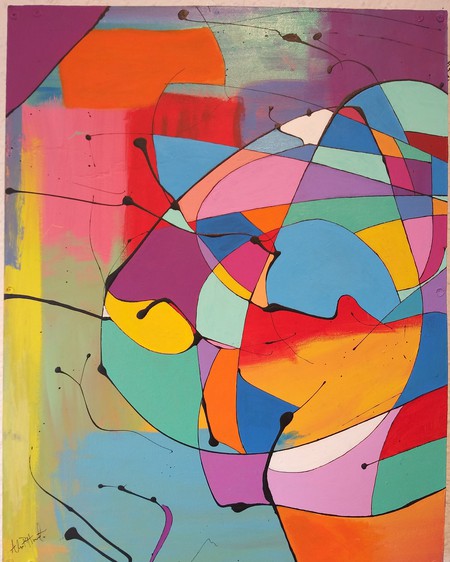 Public art has shaped Las Vegas’ aesthetic look, and local artist Jerry Misko has contributed to the change. A champion in the art scene, Misko was born and raised in Sin City and has been a practicing artist for over 20 years. His work has appeared on walls outside of Arts District bars, on the sides of apartment buildings, in casinos, in parking garages and in restaurants. His Polyhedral exhibition, which utilized rolls of dice to determine colors and shapes on canvases, drew crowds to the free public gallery at the West Sahara Library. According to Misko, Polyhedral was based on the idea of chance and gambling. “Vegas to me is like water lilies to Monet. It’s what I love and get my inspiration from,” he says.

While some art lovers may eschew casinos and bright neon colors, Misko leans into these concepts that have contributed to the city’s glitzy appearance. As a result, his work often depicts neon so vividly that it appears to be lit from within. “It’s important to experience that part of Las Vegas on a really visceral level,” says Misko. “To take a few hundred bucks and go play cards and engage in the city in the way that it engages with the rest of the world. I can’t count the number of times I’ve paid my studio rent with money I won playing blackjack the night before.”

Though a former co-owner of the Dust Gallery, Misko had a studio at the Arts Factory before deciding to work from home. However, despite his location, he still sees himself as a cheerleader for the art scene. “It’s an important thing to convince people from the ‘burbs that you can go downtown and not get killed, and there’s actually stuff to see and do down there,” Misko says of the Arts District, which has often suffered from its seedy reputation.

In September 2018, the Arts District got a major facelift in the form of a $52-million Main Street renovation that brought trees, canopies of lights, wider sidewalks and bike lanes. The city’s artists hope that this will translate to crowds. “It’s provincial compared to other art scenes,” says Misko. “We’re kind of a little brother to the LA art scene. LA has been important since the ’50s and ’60s, but Las Vegas isn’t an important part of the art scene, unfortunately.” His fellow artist agrees and states that “even with word of mouth, it’s still kind of a secret.”

For visitors who prefer under-the-radar art, Las Vegas’ Arts District and the smattering of murals, installations and studios throughout the city offer a respite from galleries packed with people. Art lovers can tour 13 galleries within the Las Vegas-Clark County Library District or head to the Arts District for Preview Thursday, First Friday or other events like Art Drawp, an outdoor live painting showcase. Visitors are welcome to wander the spaces at the Arts Factory and Art Square but should plan ahead and make appointments if they’re hoping to visit a particular studio. Unlike larger art scenes in other cities, you won’t find many galleries with set hours and patiently waiting docents in Las Vegas — and if you ask local artists, that’s half the pleasure of visiting.

“We have a very inviting art scene,” says Huerta. “I hear that from the artists that come here. It’s a clique in other scenes where you have to know someone. We’re not like that because it’s so young here, and we’re still trying to build the team up, so we invite and embrace. I want artists to show up on every corner and paint.” Misko adds, “There are always little diamonds all over the place, you just have to find them.” 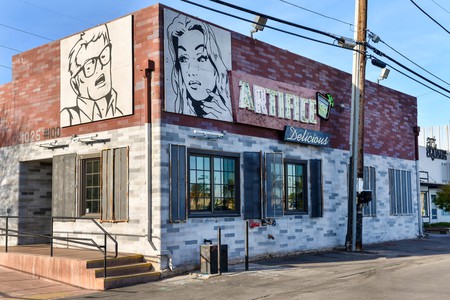