While Las Vegas may be Nevada’s most recognised city and casinosits most familiar attraction, there is more to it than gambling. The Reno-Tahoe-Carson City area is a large and diverse area with a thriving food and culture scene: from visual arts to performing arts, from cultural history to natural history, there is something for everyone to experience. We explore some of the best art and culture destinations in Northern Nevada. 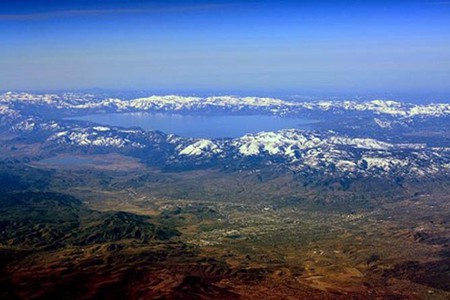 Founded in 1931 by Dr. James E. Church, the Nevada Museum of Art, located in Reno, is not only the oldest cultural establishment in the state, but it is also the only accredited art museum in Nevada. Housed in a building inspired by the Black Rock Desert and its natural surroundings, the Nevada Museum of Art boasts a permanent collection of art from the 19th through the 21st centuries. While its collection focuses primarily on art and environment, the exhibitions presented are diverse in subject matter. The NMA regularly hosts temporary exhibitions that showcase art from other genres. Past shows included To Live Forever: Egyptian Treasures from the Brooklyn Museum and Toulouse-Lautrec and La Vie Moderne: Paris 1880-1910. Current showcases include Italian Baroque: Painting from the Haukohl Family Collection and Picturing Mexico: Alfredo Ramos Martinez. 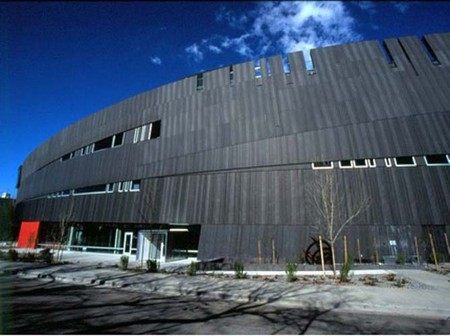 Founded by Peter and Turkey Stremmel, the Stremmel Gallery has been a staple in Reno for over 40 years. A first-rate gallery for art of various media, the Stremmel Gallery specialises in contemporary art, with a concentration in paintings, drawings, and sculptures. They exhibit American, including local and regional, and European artists who are at all stages of their careers, whether up-and-coming or established. Located in the Midtown District, the art showcased varies in subject matter from abstract to landscapes, which will appeal to an array of tastes. 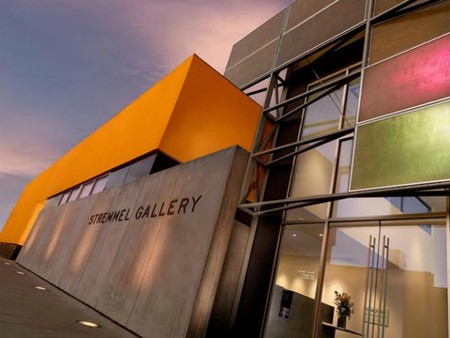 Arte Italia is a cultural institution located in Reno that opened in 2008 to celebrate and preserve Italian culture with a focus on the culinary and visual arts. Housed in an historic mansion with a modern kitchen downstairs and two art galleries upstairs, many educational opportunities are offered throughout the year. Arte Italia invites chefs from all over Italy to teach culinary classes to locals, with all fees collected from these classes donated to local charities. This organisation also sponsors impressive art shows such as Raphael’s La Velata and Titian’s La Bella, on-site and at the Nevada Museum of Art. Exhibitions held on-site are free. 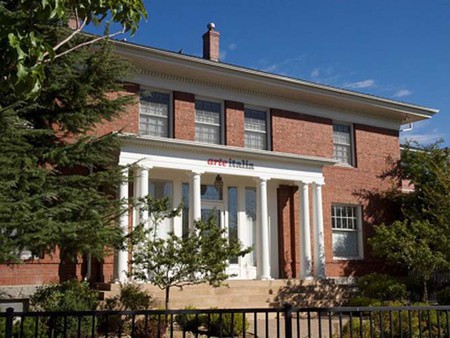 Sheppard Contemporary and UNR Galleries, which include the Front Door and McNamara galleries, are part of the University of Nevada, Reno. They are all located on-campus in the Church Fine Arts Building. Sheppard Contemporary is a 2,000 square-foot space, which is run by director Paul Baker Prindle. As an academic gallery, research and experimenting is an important aspect for this gallery. Exhibitions showcase artists from local, national and international scenes, and events held for each show are co-hosted with other academic departments for different viewpoints. Students run the Front Door and McNamara galleries, with the help from Sheppard Contemporary, and showcase mainly student works.

The Terry Lee Wells Nevada Discovery Museum is a museum where parents can take their children to learn about a variety of subjects. From science to art and everything in between, children gain knowledge in many areas by being able to experience it. Being a hands-on museum, children can climb into the clouds, play with objects that Da Vinci would have enjoyed, and even go on an archaeological dig. While it is a place where young minds can grow, the museum has activities for adults as well, which take place at night.

Started in 1996 to help revitalise downtown Reno, Artown is an art festival that takes place every summer. Celebrating numerous art forms, hundreds of events occur from morning to night at numerous venues around the city for the entire month of July, attracting well over 300,000 people. Adults and children can enjoy various events such as music and dance performances and art shows, or they can watch films in the park and participate in various workshops. 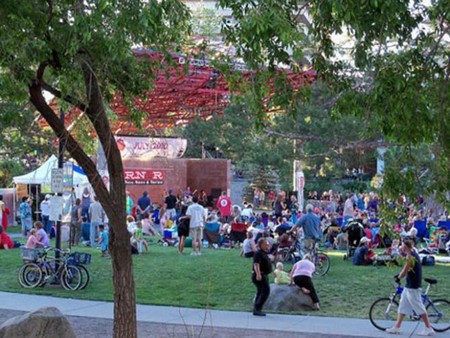 Big, bold and colorful hot air balloons fill the early morning sky of Reno for three days in September, the weekend after Labor Day. The Great Reno Balloon Race is the ‘world’s largest free hot ballooning event’; beginning in 1982, it has grown a great deal from 20 balloons to approximately 100 balloons. Most of them are traditional hot air balloons, but every year new, shaped balloons also make an appearance. Taking place in the Rancho San Rafael Park in Reno, the event starts at 5 a.m. for the Glow Show where pilots light the lanterns of their balloons before preparing to ascend into the sky, a process known as Dawn Patrol. So, set your alarm clock, grab some blankets and coffee, and enjoy the view. 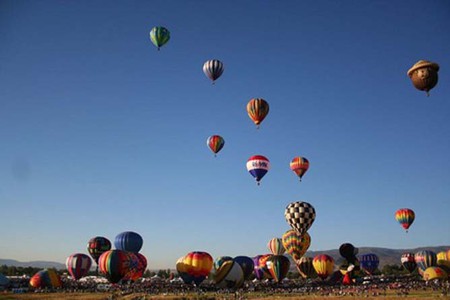 Burning Man is an arts and culture event that takes place every year during the last week of August, through Labor Day. Tens of thousands of people from around the world gather in Black Rock City, a temporary city in the Black Rock Desert (120 miles north of Reno) to celebrate art and life. Art installations, musical performances, and themed camps are found throughout the city. No money is exchanged once inside the city; it is all about gifting. 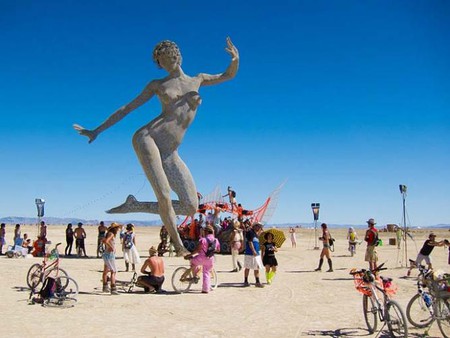 The Brewery Arts Center has been promoting the arts in Carson City and its surrounding areas since 1975. Located in an old brewery, the BAC takes pride in creating an outlet where people can participate in and create art. Wanting to create a sense of community, they provide a store where local artisans can showcase and sell their work and offer various art classes and programs throughout the year for people of all ages. The BAC also has a performance hall located in an old church where they host many theatre, dance, and music performances. 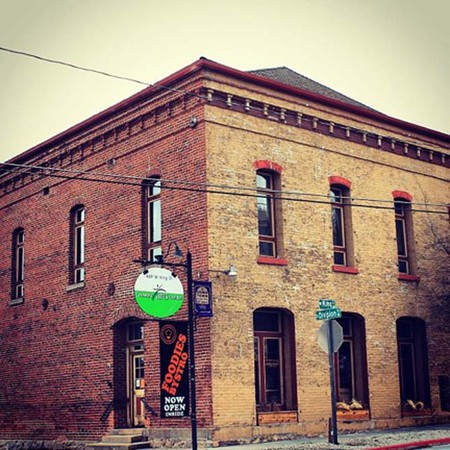 Located in Carson City, the state’s capital, the Nevada State Museum specialises in the cultural and natural history of Nevada. While the state is celebrating its 150th birthday this year, its past goes back thousands of years. Located in the former Carson City Mint, the museum’s permanent exhibitions include a Colombian mammoth that was found in the Black Rock Desert and an exhibition titled Under One Sky, which explores the cultural history of Native Americans in the area. The museum often hosts temporary exhibits and also has virtual exhibits online that include clothing and textiles. 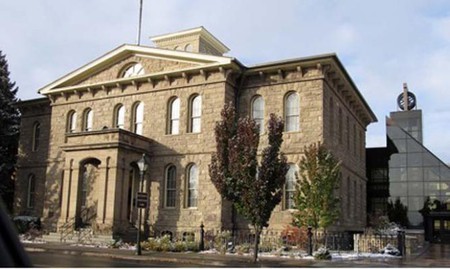 Having beautiful Lake Tahoe as its background, the Lake Tahoe Shakespeare Festival began in 1972. Each year it presents one or two plays by Shakespeare; this year, his play As you Like It takes centre stage. The festival takes place in Sand Harbor State Park in Incline Village. It has grown dramatically since its beginning, when only eight performances were held. This year the play will be performed Tuesday-Sunday between 11 July and 24 August. Mondays are reserved for other live entertainment shows such as concerts and dance performances. This organisation also has outreach programs that promote the arts in schools throughout the year. 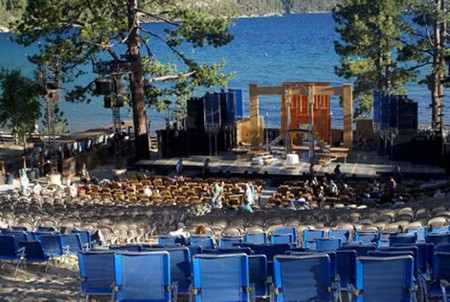