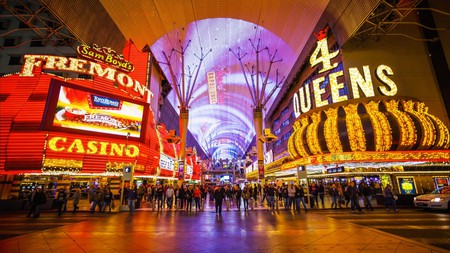 Las Vegas may not be thought of as a literary city, but it puts forth a strong presence in literature. Whether hardboiled mystery, scholarly treatise, irreverent history or lyrical poetry, there are plenty of books about Sin City. These are seven of the best Vegas reads.

The Big Room looks at the world of Las Vegas headliners—Johnny Cash, Muhammad Ali, and Tallulah Bankhead, to name a few—through paintings with accompanying essays. Guy Peellaert was one of the leading illustrators of the ’70s, with the poster for Taxi Driver and the cover of David Bowie’s Diamond Dogs among his work; Michael Herr wrote the Vietnam War classic Dispatches, as well as worked on the screenplays for Apocalypse Now and Full Metal Jacket. The art tends to capture the introspective moments right before going on or getting off stage, while the essays manage to be compassionate and unsentimental at the same time. 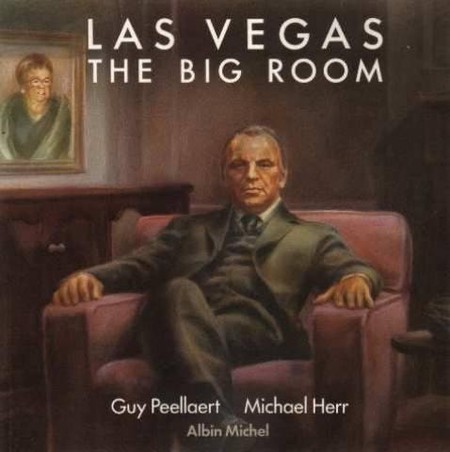 “Las Vegas is a city of kickbacks. A desert city of greased palms. A place where a $20 bill can buy approval, a $100 bill adulation and a $1,000 bill canonization.”

The true story of the rise and fall of a group of Las Vegas mobsters, Casino reads more like a crime novel or classic tragedy. In the early 1970s, odds genius Lefty Rosenthal moved to Las Vegas to run the Stardust casino, joined by his childhood friend Tony Spilotro, a short fuse working as muscle for the Chicago mob. Lefty married stunning showgirl (and part-time hustler) Geri, and their volatile relationship led to an even more volatile love triangle that ultimately brought down their empire. Casino was made into a film by Martin Scorsese in 1995. 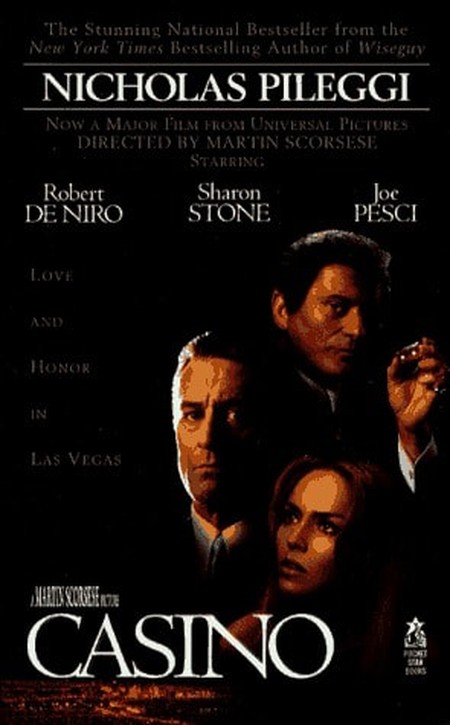 “The scrapbooks reminded her of how much fun she had had. She was just about always laughing in the pictures. If she had on her sunglasses she might look a little mysterious but she was never downcast, that had not been a way she felt much.”

In Desert Rose, Larry McMurtry spins the tale of a pair of mother-and-daughter showgirls: Harmony, once crowned as Miss Las Vegas Showgirl by Maurice Chevalier, and her daughter Pepper, a teenager who is as sharp and sarcastic as she is beautiful. It’s the story of the people who live and labor in the shadow of the neon marquees and a woman trying to find her place in a world that exalted her and then left her behind. 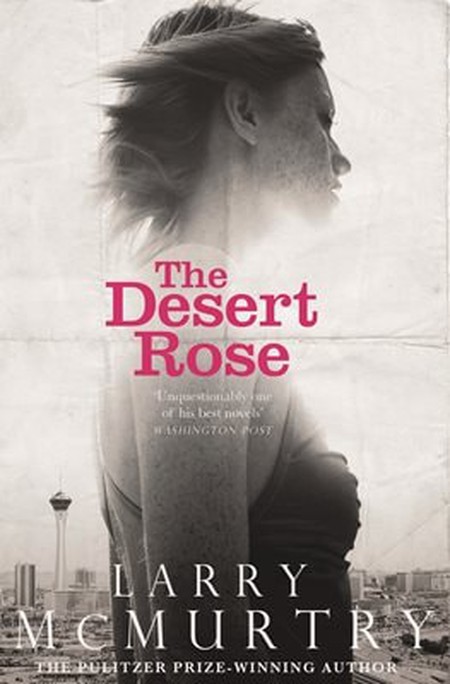 “We promised, but the moment we got inside, we lost control. The tension had been too great. Debbie Reynolds was yukking across the stage in a silver Afro wig… to the tune of ‘Sergeant Pepper’ from the golden trumpet of Harry James.”

If you’ve read one book about Las Vegas, it’s likely this one. Hunter S. Thompson’s legendary weekend in Vegas is the one by which all successive benders are measured. Fear and Loathing in Las Vegas is a twisted joyride, with Thompson fascinated and repulsed by the high weirdness unfurling all around him, occasionally lifting his bloodshot eyes to scan a wider landscape of post-Nixon America. 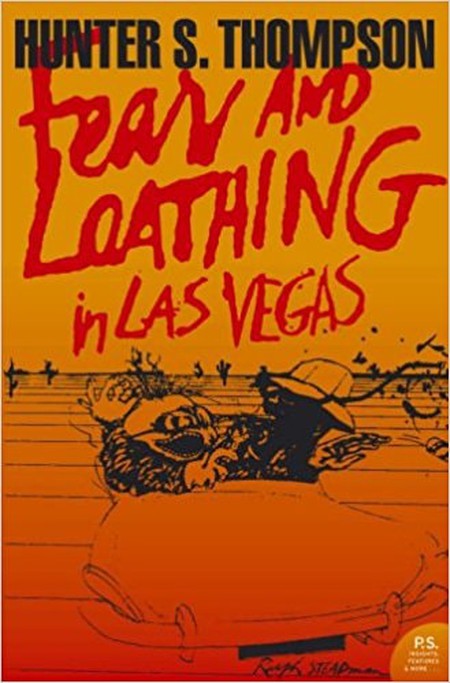 “Lady Las Vegas had spirit; she celebrated life, she lived large. She did her floor-show openings up in gold wrapping paper with big satin bows. Her New Year’s Eve celebrations were luxurious. I was too young to go but spent half a lifetime watching my mother dress.”

History and autobiography are intertwined in Lady Las Vegas: The Inside Story Behind America’s Neon Oasis, Susan Berman’s look at the city in which she grew up. Her father, Dave Berman, was one of the guys who took over the Flamingo when Bugsy Siegel got iced, and Little Susie led a life of casino showroom Passover Seders and learning math from pit bosses in counting rooms. As she grew, so did Las Vegas, developing from a desert town to a glittering resort city. 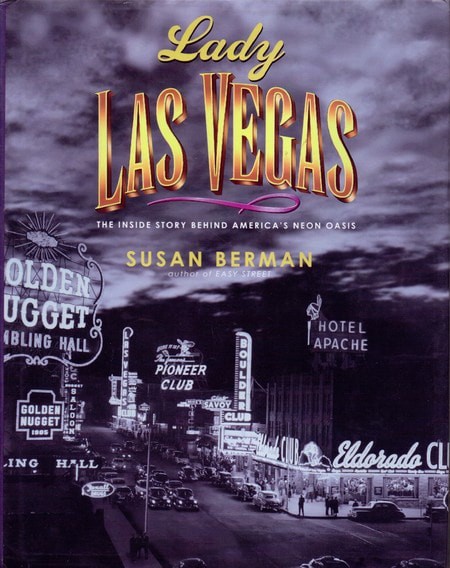 “For those of us blessed (or cursed) with a hyperactive sense of the ironic, Las Vegas, taken in small doses, is a specialty act without peer.” —Merrill Markoe, “Viva Las Wine Goddesses”

An ideal companion for the plane or pool, Literary Las Vegas: The Best Writing About America’s Most Fabulous City pulls some of the best writing about Sin City together into one easy-to-pack volume. Tom Wolfe’s “Las Vegas (What?) Las Vegas (Can’t Hear You! Too Noisy) Las Vegas!!!!” is a fine slice of New Journalism that surveys Las Vegas over a few summer days in the ’60s. In an excerpt from Vegas: A Memoir of a Dark Season, John Gregory Dunne trails the standup comedian who opens for Elvis and smells the desperation of near-fame. Joan Didion, Noel Coward and over a dozen others also offer their stories of Sin City. 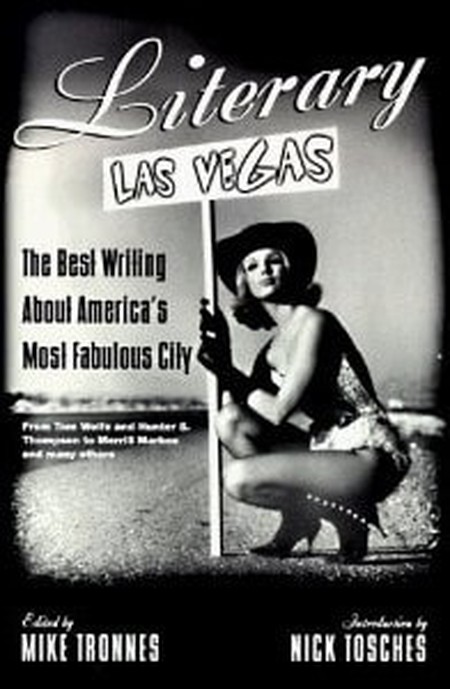 The Strip: Las Vegas and the Architecture of the American Dream, Stefan Al

“Tragically, on a few days before construction in 1961, one of the financiers died in a plane crash. Had it been built, it could have changed the future of the Las Vegas high-rise from minimalist box to sculptural form.”

Casino design evolved greatly over the decades from Western-themed mock-ranches to sleek spaces with fine art and a sort of posh neutrality. The Strip: Las Vegas and the Architecture of the American Dream considers these aesthetic changes, not only in terms of what they mean for Las Vegas but what they say about America as a whole. 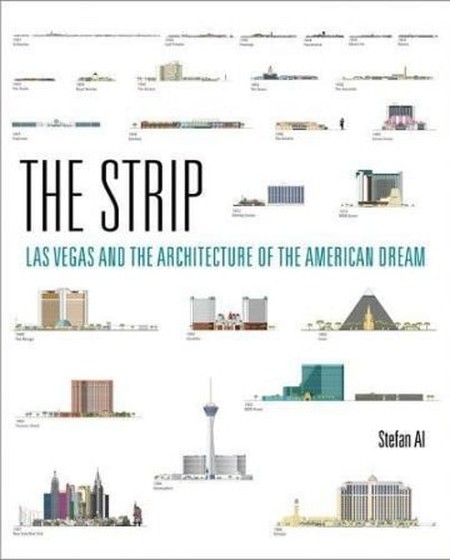 The Strip: Las Vegas and the Architecture of the American Dream by Stefan Al | © MIT Press
Give us feedback