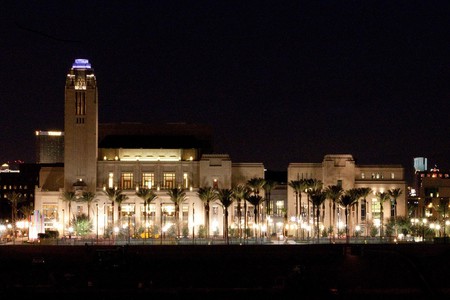 For years, Las Vegas was considered a bit of a cultural wasteland. Sure, you could see a sequined headliner or a swingin’ lounge act, but the city of neon and buffets ranked low on the list of places for high art.

However, the opening of the Smith Center for the Performing Arts in 2012 created spaces that drew the world’s finest performers in music, dance, and theater, but also a cultural center for the Las Vegas community. 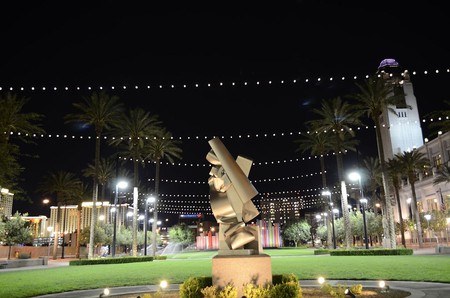 The Smith Center lies near downtown Las Vegas, and its Art Deco style was chosen to complement another transformational Nevada project, the Hoover Dam. The center contains Reynolds Hall, a grand theater with boxes, balconies, and over 2,000 seats, as well as Myron’s Cabaret Jazz and the Troesh Studio Theater, each of which hold about 250 people. The Smith Center is surrounded by Symphony Park, where the lawn and sculpture garden sometimes host outdoor performances. Directly next to the Smith Center is the Discovery Children’s Museum.

The Smith Center opened in March 2012 with a gala concert featuring Willie Nelson, Jennifer Hudson, Neil Patrick Harris, Joshua Bell, and other artists; it was broadcast on PBS. Since then, many artists have played the hall, from comedian Lily Tomlin to singer-songwriter Lyle Lovett to the Alvin Ailey dance troupe to the Pink Martini big band. 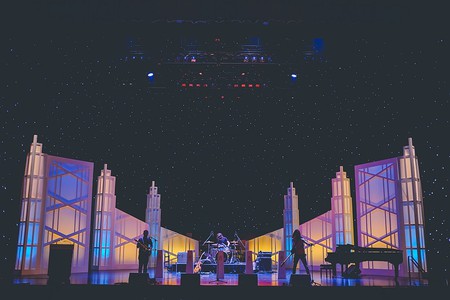 Stage at Reynolds Hall in the the Smith Center, Las Vegas | © NeONBRAND / WikiCommons

One of the aspects of the Smith Center most eagerly embraced by both locals and tourists is the national touring companies of Broadway shows that have visited. Shows from West Side Story to Hamilton have graced the Reynolds Hall stage, with Dear Evan Hansen and Fiddler on the Roof among upcoming offerings. Smaller-scale plays perform in the Troesh Studio Theater—their calendar is often an amusing contrast of edgy fare like Reanimator: The Musical at night and kids’ shows during the day. 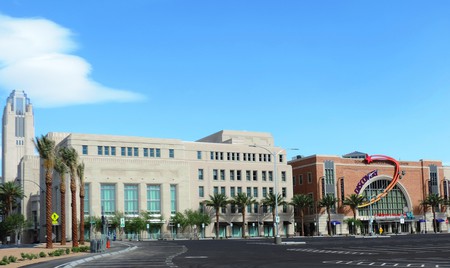 The Smith Center also provided some Las Vegas institutions with a suitable home: Both the Nevada Ballet Theatre and Las Vegas Philharmonic play their seasons in Reynolds Hall. There are also plans to open a Las Vegas art museum on the property, further cementing the Smith Center’s place in the center of the city’s arts landscape.