The Story Behind California and Nevada’s Popular Shared Hangout Spot 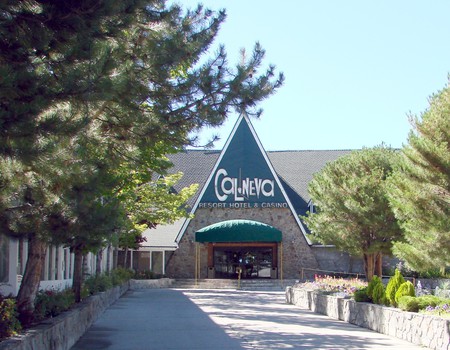 For decades, the Cal-Neva Lodge & Casino was a hangout for celebrities, socialites, and mobsters.

Situated on the border of California and Nevada, the Cal-Neva Lodge & Casino was a playground for famous names like Sinatra, Monroe, and Kennedy for almost a century. The original resort was built in 1926 and quickly became a favored hangout for stars such as Clara Bow, who caused a minor scandal in the early ’30s over some sketchy gambling debts. The Cal-Neva was also a well-known spot to imbibe during Prohibition, with a network of underground tunnels to smuggle booze.

The Cal-Neva was a popular hangout throughout the decade, with stars such as Cary Grant visiting and performers like burlesque queen Sally Rand taking the stage. Judy Garland “got her start on the road to stardom” at the Cal-Neva back when she was still a little girl named Frances Gumm performing with her sisters. The act broke up, and Judy signed a solo contract that took her to New York and later Hollywood. 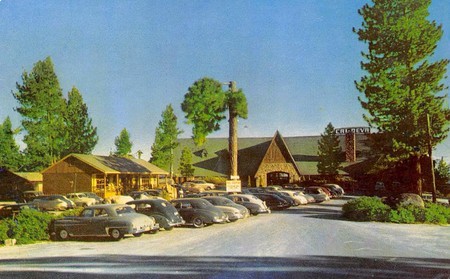 In 1937, the Cal-Neva suddenly burned down. Incredibly, it was rebuilt in 30 days, although it took a few hundred workers to do so. The new Cal-Neva still played up the state boundary angle, with lines through the hotel lobby and swimming pool that let guests have one foot in each state. The reopened property also became one of the first hotels in Nevada to have a gaming license. The property consists of the main building with the hotel and casino and a number of bungalows facing Lake Tahoe.

During the 1950s, the Kennedy family, as well as the Rat Pack, frequented the Cal-Neva. In 1960, Sinatra and Dean Martin joined a partnership to buy the Cal-Neva—with a possible assist from mobster Sam Giancana. Sinatra added a state-of-the-art showroom for him and his friends to play in and a helicopter pad to make buzzing in from Hollywood or Las Vegas that much easier. He also revived the use of the network of underground tunnels that connected the bungalows and the hotel—excellent for celebs seeking privacy, as well as for covering up illicit rendezvous. 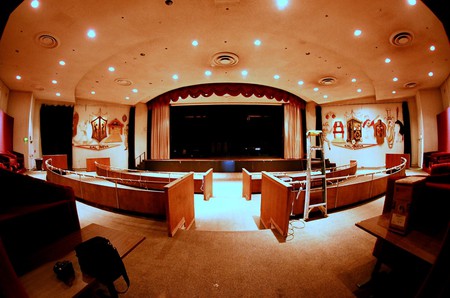 One celeb who may have used the tunnels was Marilyn Monroe, who spent a good deal of time hanging out with Frank, Dean, and Sammy at the Cal-Neva. Shortly before she died, Monroe spent a weekend at the Cal-Neva and reportedly overdosed, but staff intervened to save her.

Sinatra lost his Nevada gaming license in 1963, largely due to Giancana’s presence on the property. He finally sold off his interest in 1968, and the Cal-Neva went through a number of owners, including mogul Kirk Kerkorian, who had it for a period of time in the mid-1970s. 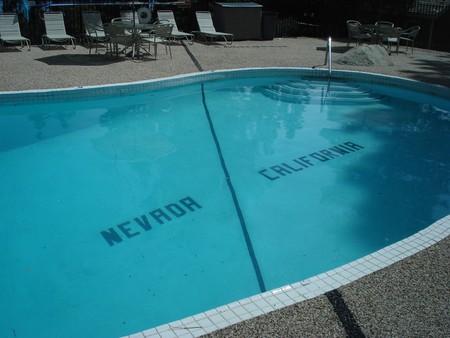 Even the pool at the Cal-Neva has boundary lines. | © Amy / Flickr

In 2013, the Cal-Neva was closed for “renovations,” but the company that had purchased the property filed for bankruptcy before any significant work could be done. In 2017, billionaire Larry Ellison bought the Cal-Neva for a little over $35 million with the intent of returning it to its former glory.

As court documents concerning the bankruptcy state, “the Cal-Neva Lodge and Casino has changed hands many times and has seen many hard times since those golden days when it was the desired gaming resort of so many celebrities.” Hopefully, Ellison’s deep pockets can breathe new life into the Cal-Neva.