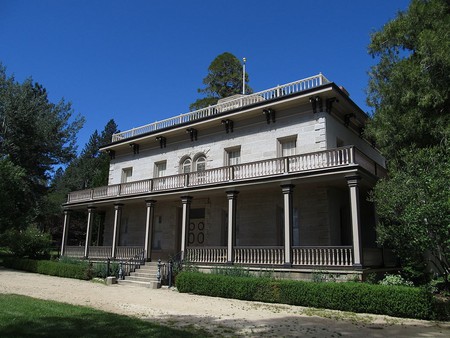 The history of the Bowers Mansion is one of merriment and tragedy, vast fortunes and big losses, and psychics and suffragettes—all ending with picnics and playgrounds.

The mining boom that hit Nevada in the mid-nineteenth century created fortunes, and in turn, those fortunes created some spectacular buildings, from the Nevada State Capitol Building to the Fourth Ward School. One of the finest is the Bowers Mansion, which began as the showplace home of the wealthy elite and became a shared home for all Nevadans to enjoy.

Located near Reno and Carson City, the Bowers Mansion is named for Alison “Eilley” Orrum Bowers and her (third) husband Lemuel “Sandy” Bowers. Born in Scotland, Eilley ran a boarding house and laundry in the town of Gold Hill, Nevada. She was also known for having psychic abilities and offered fortunetelling and crystal ball-gazing, along with her services in the way of food, clothing, and shelter. Some miners who didn’t have cash gave Eilley a piece of their mining claims instead and, though this, she accumulated a fortune. 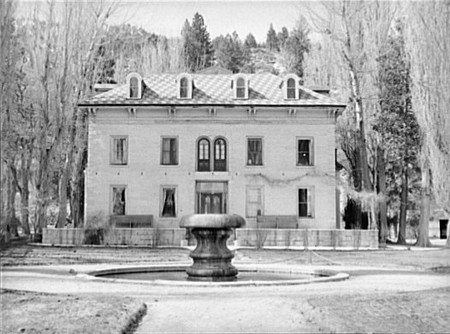 As an impoverished young woman, Bowers claimed to have had a vision of herself living in a mansion and she used her new wealth to make that dream come true. She had bought land years earlier with her second husband, kept it in the divorce, and now decided that she and Sandy would build the most elegant home the territory of Nevada had ever seen.

The Bowers spent over a year traveling Europe, spending $100,000 (about $2.5 million today) buying furniture and art for their spectacular home. They also came home with an adopted daughter, Margaret Persia. Once finished, the mansion had antique furnishings, marble statuary, and doorknobs and hinges of solid gold and silver from the Bowers’ own mines. 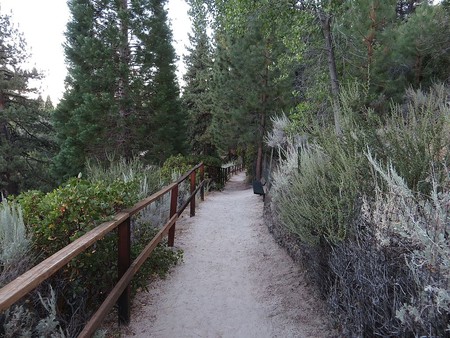 Trail on the grounds of Bowers Mansion | © Ken Lund / WikiCommons

Of course, no boom lasts forever, and the combination of financial extravagance and the decline of the mining industry hit the Bowers’ family hard. Sandy died in 1868 and Margaret Persia passed away in 1874. Eilley was forced to turn her mansion into a boarding house and frequently hosted picnics for residents and other local organizations. She was also an early supporter of women’s suffrage and hosted balls and parties to support the right to vote.

However, Eilley was finally forced to sell her home at auction in 1876. She wound up as an itinerant psychic, telling fortunes in Nevada and California before she died in 1903. 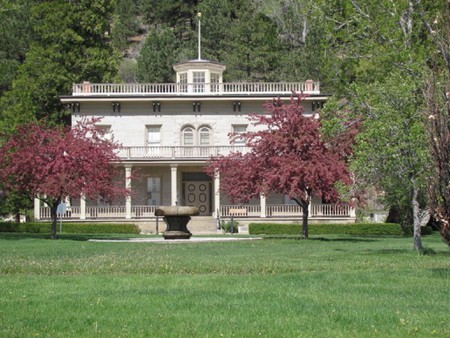 The mansion remained a public resort and changed hands several times. In 1946, the mansion was purchased by Washoe County with the assistance of the Reno Women’s Civic Club and public donations; 20 years later, the property was updated and renovated. Today, it’s Bowers Mansion Regional Park. The home has been restored and refurbished with historic pieces donated by Nevada residents. The grounds contain hiking trails, picnic areas, spring-fed swimming pools, a playground, an amphitheater, and more.