A Brief History of Atomic Liquors in Las Vegas 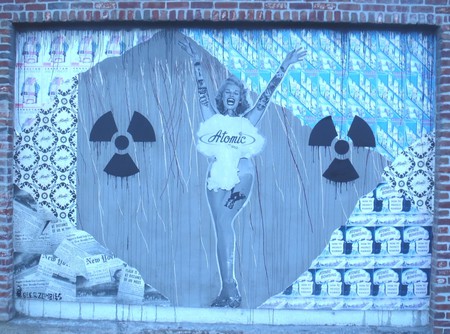 It’s the oldest bar in Las Vegas—the liquor license reads #00001. Atomic Liquors has been holding down the east end of Fremont Street for over 60 years, from the Rat Pack to Zappos and several worlds in between.

For most of that time, Atomic Liquors was owned and run by Joe and Stella Sobchik. The pair got their start when they took over a gas station on the corner of 10th and Fremont and the adjacent Virginia’s Cafe, both originally owned by Stella’s mother. 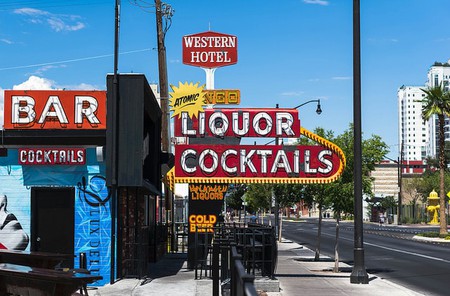 Eventually, they decided that operating a liquor store would be easier and more profitable, so they acquired a license to sell bottled liquor, as well as mixed drinks. Thus, in 1952, Atomic Liquors became the first free-standing bar in Clark County. 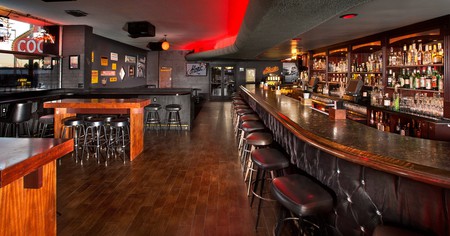 The Atomic was a popular bar with local casino workers, who appreciated that it was open 24 hours a day, ready with a cold beer no matter what time a shift ended. But, it was also popular with more glamorous names: Frank Sinatra, Hunter S. Thompson and Barbra Streisand all hung out at the Atomic (Babs was apparently quite the pool player.) Over the years, the bar received extra celebrity attention as a set for movies such as The Gauntlet, The Hangover and Casino.

In the 1990s, East Fremont Street fell into something of a decline. The Atomic may have put a buzzer on its door, but Joe and Stella remained as welcoming as ever. And the clientele was just as loyal, with regulars coming from down the block and halfway around the world to shoot pool, listen to the jukebox and pick up a few words of wisdom from Stella or Joe. 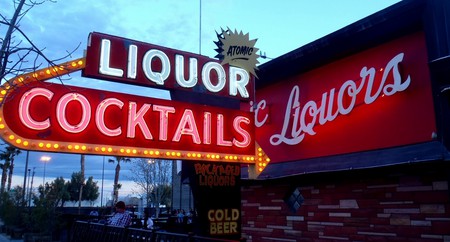 The couple ran the bar until 2010, when both of them passed away within a few months of each other—just as the neighborhood began to turn around. Sobchik’s son sold the building to a group of local entrepreneurs who restored the building, making subtle alterations such as replacing the disco mirrors behind the bar with a glitter-dusted ceiling and moving some of the original vintage exterior signage inside. They also paid homage to the original proprietors by turning a floor safe into a time capsule containing some of Joe’s personal effects, and finishing the bathroom in pink tile—Stella’s favorite color. 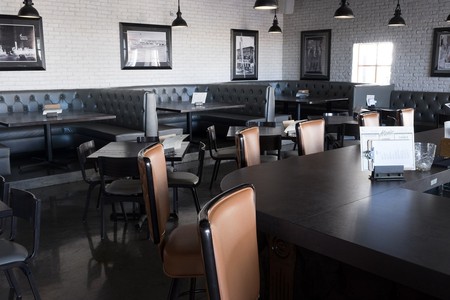 Dining room of the Kitchen at Atomic | © Atomic Liquors

Several years ago, the Atomic expanded—with the addition of an outdoor patio that offers prime people-watching on Fremont Street. In spring of 2017, the Kitchen at Atomic opened in what was the original gas station. The restaurant offers a seasonal menu of polished comfort food—think foie gras toast and caramel sea salt bread pudding—that complements an excellent beer selection.

The East Fremont neighborhood changed greatly over the years, and is in the midst of yet another change. But no matter what comes and goes, Atomic Liquors endures.