5 Misconceptions About Bugsy Siegel and the Flamingo 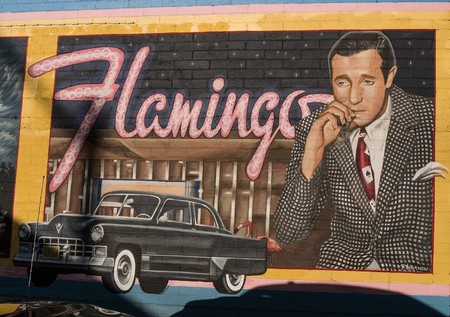 The tale of Bugsy Siegel and his Flamingo casino is the subject of books, movies, and songs. But the real story may not be quite what you’ve heard.

Benjamin “Bugsy” Siegel is often called “the man who invented Las Vegas.” He may have been a psychopath and a killer, but people today most often remember him as the man who opened the Flamingo Hotel & Casino in 1946. He’s been the subject of both fiction and non-fiction books. Warren Beatty and Harvey Keitel have played him on film, and Tom Waits even honored him in a song. Yet much of what we’ve been told about Ben Siegel and his Flamingo isn’t entirely accurate.

It wasn’t the first casino on the Strip

The popular image is of the visionary Siegel imagining a luxurious casino in the middle of a desert wasteland. But in the mid-1940s, the Las Vegas Strip—or Highway 91, as it was then called—already had a few resorts. The El Rancho Vegas opened in 1941 and the Last Frontier in 1942. Both offered deluxe accommodations and high-end entertainment in a western setting—if the Flamingo had a “first,” it would be for being the first to abandon the dude ranch aesthetic for a more cosmopolitan style.

It didn’t take long for the lure of legalized gambling to attract the mob to Sin City. Ben Siegel actually arrived in Las Vegas when he bought a chunk of the El Cortez Hotel on Fremont Street in 1945. A year later, he sold his interest in the hotel and put the profits into the Flamingo. The El Cortez still pays tribute to Ben with their Siegel’s 1941 restaurant, while the Flamingo has Bugsy’s Bar. 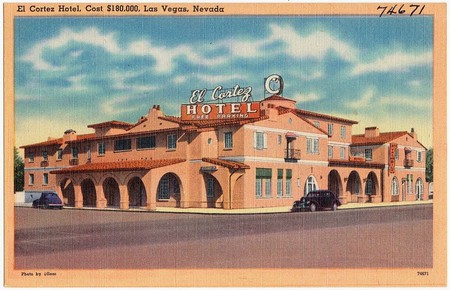 The concept for the Flamingo originally came from Billy Wilkerson, founder of The Hollywood Reporter and owner of a number of Sunset Strip hot spots including Ciro’s. Wilkerson wanted to bring the glamour of Hollywood and Monte Carlo to Vegas, with a “French casino” and bidets in the bathrooms. When Wilkerson ran into financial trouble, he accepted a loan from Meyer Lansky’s New York mob, and soon, Siegel arrived to “represent” the outfit’s interests. The two soon came into conflict, and Wilkerson realized it might be easier—and safer—to sell off his interest to Siegel. 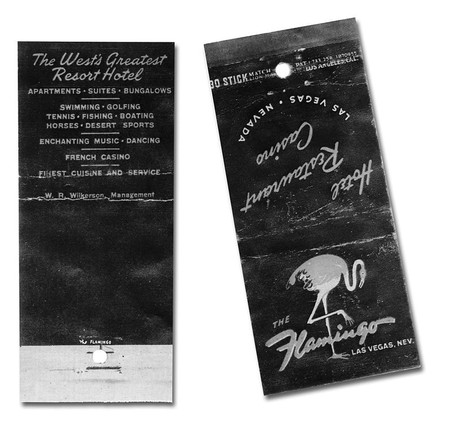 It wasn’t named after his girlfriend

Virginia Hill was known as “the mob queen”—a ballsy, brassy broad who also read Thackeray and was known for her excellent taste. Hill was a smuggler and money launderer, among other illegal activities, but had a public persona as a party-throwing, big-tipping “oil heiress.” Among her paramours were mobster Joey Adonis, actor Errol Flynn, and drummer Gene Krupa, but her most passionate relationship was with Siegel. “Flamingo” was, indeed, her nickname—some say for her red hair and long legs, other say for the reddish tint her complexion took on when she was drinking. And Hill was often present at the casino, even wearing a spectacular flame-tinted gown by Hollywood couturier Howard Greer to the opening.

However, Wilkerson had dubbed the property “the Flamingo” long before Siegel and Hill became involved. A remarkable coincidence but, indeed, a coincidence. 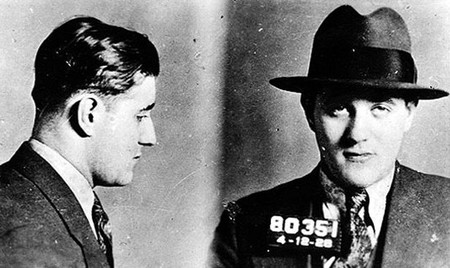 Nothing remains of the original Flamingo. The original plate-glass mid-mod façade, along with the signage, was replaced in 1953. Over the decades, four towers were built, and the last of the original structure was demolished in 1993. Siegel’s presidential suite with its bulletproof glass and secret escape tunnel was among the last to go. However, the property still honors Bugsy with a plaque in the garden. 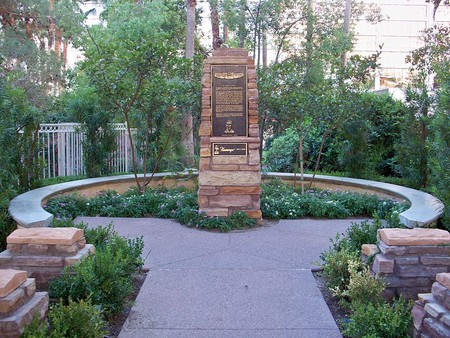