The Risks Taken by Backcountry Skiers 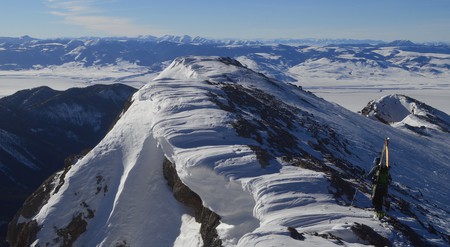 On top of "the Sphinx" in the Madison Range. | © Chris Kussmaul

The backcountry promises skiers untracked snow and challenging terrain if they put in the effort to reach them – but this type of skiing isn’t without risks, and the avalanche is among the most deadly.

On February 16 2010, Conor Bolger and a friend ducked an avalanche control line and hiked the boot-packed trail to the summit of Saddle Peak alongside 10 other powder seekers. Bolger stepped left off the ascension route on the down-slope side, and set his backpack down to soak in the view of the Bridger Valley, Montana, USA.

Then the cornice collapsed beneath him. Bolger plunged 15ft (4.6m) into the snow.

He watched a 60-ft- (18.3-m-) wide slab slide out below him and fracture the entire face of the mountain, triggering the largest avalanche recorded in the Bridger Range, a Montana subrange of the Rocky Mountains.

“At that point you could start to hear it, you could see the cloud and the plume of snow billowing into the air and the roar was just vicious sounding,” Bolger said. “Then I had an ‘oh shit’ moment. I was so close to dying, and those aren’t the moments you want to have ever, especially when you’re at the top of a mountain.”

Many skiers like Bolger are drawn to backcountry skiing – hiking up and skiing down slopes not maintained or patrolled by resorts – by the idea of pushing human limits in search of wild lines down impressive faces.

“It’s the social media pressure today,” said Bolger, who still actively backcountry skis. “[It’s like] you gotta go up and get a picture of yourself doing something rad up there on the mountain. If you don’t get to the peak, what’s the point of taking the day and skiing? So I think that puts a lot of people at risk of unnecessary harm.” 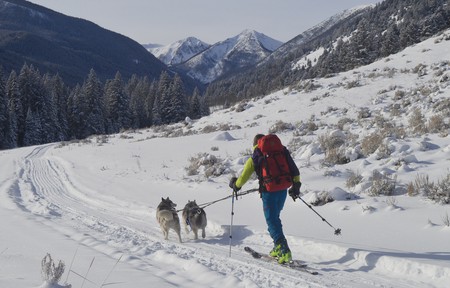 Doug Chabot of the Gallatin National Forest Avalanche Center was more concerned with the repercussions of Bolger’s actions that resulted in the avalanche. He wrote in the avalanche advisory for February 17 2010:

“We are extremely lucky. I could just as easily be writing my condolences to 15 families this morning. Many people would have died if the slope slid the day before or a few hours later. … Consider this avalanche the one and only free wakeup call we’ll ever get. There’s a lot to learn.”

For backcountry skiers it’s not a question of if, but when they’ll have a close encounter with an avalanche, as hundreds are reported each winter in the Gallatin National Forest.

“There is a certain intangible thrill we can get from going to the edge of the safety margin,” said Sam Reinsel of Bozeman, Montana, “but going there requires having some knowledge of where it lies.”

Beacons, shovels and probes are standard equipment for backcountry skiers. Beacons are tracking devices that can be worn underneath a skier’s clothing, so in the event of an avalanche, the rescue team can switch on their beacon and follow the signal to find the buried victim. Probes are long poles used to probe around in the snow: once you’ve identified where the victim is, shovels are used to dig the snow out and rescue the skier.

Bolger said it’s easy for novices to buy the equipment, but having the knowledge of the mountains and snow conditions is more vital. Experts agree that hubris is the biggest culprit of human-triggered slides. 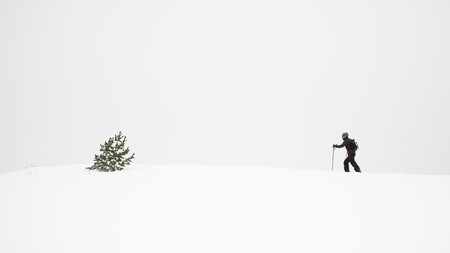 The Gallatin National Forest borders Bozeman to the north and south. Custer National Forest is to the east and Yellowstone National Park is 90 minutes away. These areas offer a collective 8,168sqm (21,155sqkm) of terrain, making for easy backcountry access from town. However, being easily accessible doesn’t make the terrain safe. Even short tours close to town expose skiers to avalanche risks. Saddle Peak, for example, is about 20 minutes from Downtown Bozeman.

Bolger’s sister, Erin, is a junior at Montana State University. She goes backcountry skiing before lectures on Tuesdays and Thursdays. Following her brother’s close call, Erin took an avalanche safety course and is learning how to predict when a slope is likely to slide with snow pits. This past season featured large and extended temperature fluctuations that made for subpar skiing, but good learning conditions.

The principle method used to determine snowpack stability is to dig a pit in the snow, interpret the crystalline structure of the different layers of snow and test the snowpack’s strength by applying pressure from the top.

“I got to see pits on some really bad, dangerous slopes,” Erin said. “You dig one and run a test and it breaks instantly and you’re like, ‘Oh yeah, that’s what it looks like when you have really weak layers.’” 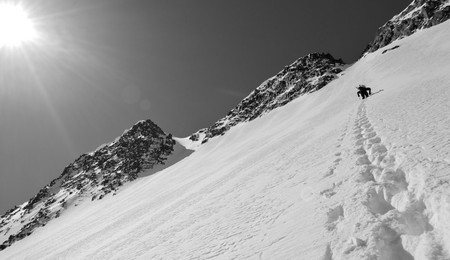 With a 66-mi (106-km) trail system, the Crazy Mountains (also known as the Crazies) in the Northern Rocky Mountains are popular with hikers | © Chris Kussmaul

Snowpits can be useful, but because each slope is multifaceted and exposed to an infinite variation of elements, a pit can never give the skier all of the information they need. The knowledge comes with time on the mountains, and the persistent threat of unstable snow almost necessitates backcountry skiers be content to simply spend a day on their skis, whether or not they get to ski the line they were hoping for.

“Depending on the snow conditions and your ambitions, ski touring can run the gamut from Nordic skiing around logging roads and frozen lakes to multi-day technical routes in the alpine,” Reinsel said. “So it’s basically just getting outside on the snow and ice, with a fun way of getting back.”

Bolger agrees, saying he enjoys a day outside whether or not he can fully experience backcountry skiing. “I like to just be out and if I don’t get to the top of a mountain because the snowpack is bad I’ll still go out into the trees and make a fire and hang out for the day.”

According to Erin, “We all just say, ‘I’m taking my skis for a walk.’”
Additional reporting by Nina Zietman