Surrounded by national parks that give Billings a scenic natural landscape, the Magic City of Montana is also home to some of Montana’s best live music venues. The outdoor parks boast the lush greenery and big open skies of Montana, and the indoor venues provide intimate expressions of the talent that graces Billings year round. Here are some of the best live music experiences that the venues in Billings offer. 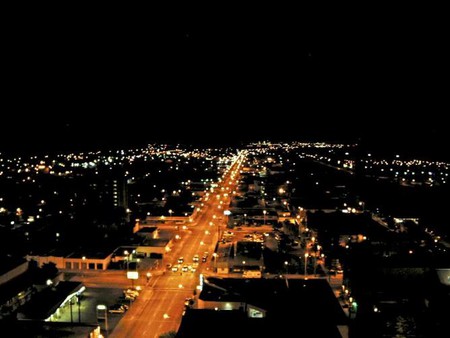 The Alberta Bair Theater has been central to the cultural scene in Billings throughout many decades since it opened in 1931. The largest fully equipped theater in the region, the Alberta Bair Theater can seat up to 1,400 people and showcases musicians, theater performances, and other local performances. The theater is elegant and grand, with its artistic and detailed design with chandeliers hanging from its ceilings. Though it was originally called the Fox Theater, this very building has been honored by the presence of greats such as Ray Charles, Judy Collins, and Dizzy Gillespie. Today it hosts performers like David Sedaris and musical acts like Australia’s famed tribute band and theatrical show, The ABBA Show. This historic building promises entertainment in a big way to the people of Billings and the Northern Rockies.

A lush, green space in the heart of Billings, Pioneer Park is not just a great public park, but is also home to many of Billings’ outdoor concerts. One of the oldest musical traditions in the city is the Symphony in the Park concert, which is in its 43rd year and happens every summer. It is the largest event held by the Billings Symphony and Orchestra Chorale annually, bringing in crowds from all around the region to join in the festive event, which features food vendors, public contests, and a petting zoo. Locals are invited to celebrate the end of the Billings Symphony’s season by bringing out their loved ones to soak in the beautiful summer weather with chairs, blankets, and picnics from vendors as music fills the air. The park also welcomes other events year round for the public, including other musical and theatrical performances as well as sports games. 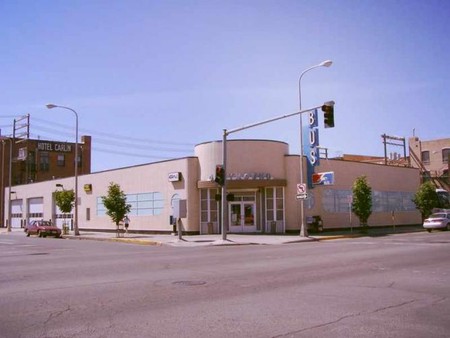 The old Billings bus station on First Avenue was turned into The Pub Station, which is a new and very popular music venue and tap room in Billings. Offering 32 beers on tap and live music from Thursdays to Mondays, The Pub Station showcases a wide range of genres and musicians. It has a classic arcade room and bar that entertains most nights, but live music nights prevail as the busiest ones, bringing in young and old crowds alike to engage with artists that travel from all over the country to perform here. For a cold beer and great live music, The Pub Station is the place to be.

Metra Park is a central hotspot for events and performances in Billings, with multiple stadiums within its campus that makes it the largest center of its kind in a five-state region. Metra Park includes the Rimrock Auto Arena, which is home to some of the highest-profile musical concerts in Montana. Artists like Motley Crue, Miranda Lambert, and Trace Adkins are listing among the venue’s upcoming shows. Though this arena is used for other events as well, Rimrock Auto Arena has a rich history of musical performance, the biggest acts being Johnny Cash and Van Halen in the 70s and 80s, and more recently, a show by The Eagles which was one of the largest grossing concerts of all time. Its 12,000 seats fill up nine to twelve times a year when it offers music concerts for people that come from far and near to marvel at the likes of Elton John and Carrie Underwood. The Expo Center, The Grandstands, and Montana Pavilion are also multi-purpose portions of Metra Park that house other events like sporting, trade, and motor shows as well as large-scale private events.

South Park is an outdoor recreation area that invites the people of Billings and those nearby to take part in public concerts and events with its new, charming gazebo. One of the biggest musical events of the year in Billings is Magic City Blues, which is a two-day music festival that has been held annually for the last thirteen years. One of the two days is held outdoors in South Park, where thousands of music fans of all ages gather under the big sky of the Magic City to see artists like, John Fogerty, the former lead singer of the world famous Creedence Clearwater Revival. There is no better way to end a summer in Montana than to attend the Magic City Blues music festival within the sun, sky, and greenery of South Park. 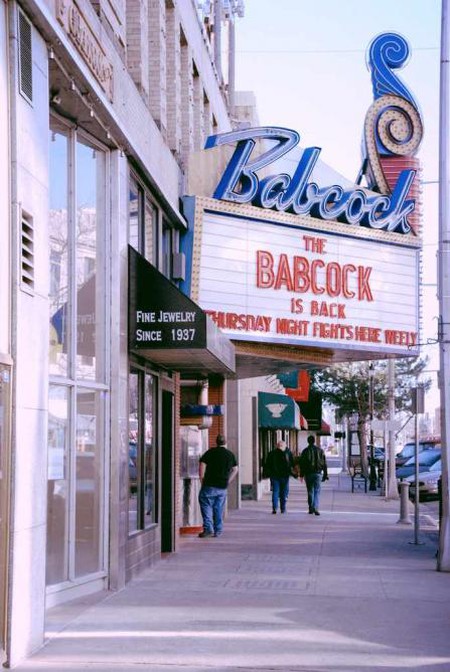 The Babcock Theater is a two-story historic building that was built in 1907 – a 750 seat theater, this famous music venue covers a quarter-block of downtown Billings. This performance venue was once one of the original theater houses in Montana, and you can see traces of that in its elegant and classic decor. Interestingly, there are tenants who live on the second floor above the theater where musical and other live performances occur. The space welcomes genres ranging from hard-rock bands such as LA based In This Moment to country singer-songwriters like Frankie Ballard.