Walker Evans: The Story Behind America’s Most Famous Photograph

What is the role of the arts in a time of mass suffering? One photographer who faced this question head-on was the Missouri-born photographer Walker Evans. Alongside the work of the rest of the Farm Security Association (FSA), his images have become some of the defining images of the Great Depression. Read more about the man’s most famous image, and discover often forgotten aspects of the FSA project. 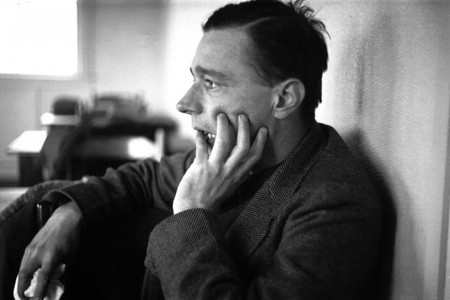 It is an image that is completely intertwined with the fabric of America as a nation, as defining of the country’s history as Neil Armstrong on the moon, the raising of the flag at Iwo Jima or any official portrait of Washington or Lincoln. But instead of featuring a great event or legendary leader, it features an ordinary woman, with face and hands marked with the signs of decades of hardships and toil. She is Allie Mae Burroughs, the matriarch of an Alabama migrant farming family, and the photograph is by Walker Evans.

It is such a ubiquitous image that it is easy to forget how powerful it is, so emblematic of how ‘real life’ was that it is easy to forget how well-constructed it is. Burroughs stands against what we are led to assume is her house, a weather-beaten backdrop which strongly emphasises how weathered she herself is. The image works in terms of an austere grid, with strongly emphasized horizontals and verticals highlighting the rigidity of her plight in the South. It is like an image from Steinbeck, albeit without the spark of hope that allow characters like Lennie and George in Of Mice and Men to live through their inevitably doomed lives.

Perhaps this is why this image has been taken to represent the plight of farmers in the 1930s ever since: because it conforms precisely to our expectations of the era. And this was exactly what it was supposed to do. Evans and his fellow photographers were commissioned to depict these poverty-stricken lives as part of the Farm Security Administration, one of President Roosevelt’s so-called ‘Alphabet Agencies’. But they were not asked simply to visit these places and to document what caught their artistic eye; there was more ideology to the project than at first apparent.

Instead, when they were set out in the field, photographers like Walker Evans were given an extremely proscriptive set of parameters for their images, with all of the photographs having to feature certain things or hit certain criteria. Put simply, they were not asked to show the Great Depression as it was, but how the FSA envisioned it from its headquarters, far from the Alabama fields of the Burroughs family. This is perhaps why Burroughs certainly looks beaten in the one sense, but not in the sense of being defeated. She is nothing if not defiant in the image, a perfect embodiment of a very certain image that the FSA wanted to deliver.

Walker Evans in his Own Words:

Perhaps it was this confirmation of already held beliefs that made these images so popular, and why this image in particular led to Evans becoming one of the first real celebrity photographers, the first ever to have a solo exhibition at the Museum of Modern Art in New York. There is no denying it is an incredibly visually striking image, and we cannot detract from Evans’ strong sense of composition, but we also consider at what cost this reputation came at. Read into the relationship between Evans and Burroughs, and this quickly becomes very apparent indeed.

For the 75th anniversary of Fortune magazine (Evans also took similar photographs for the magazine during the Depression, with the fact that these are images being taken for a magazine for the wealthy also being something to consider), the magazine went back to speak to Allie Mae Burroughs to find out about her side of the story, which amazingly remained untold up to that point, even as Evans became one of the premier photojournalists of his time. So what did she have to say about being the face of one of the most important images of the 20th Century? 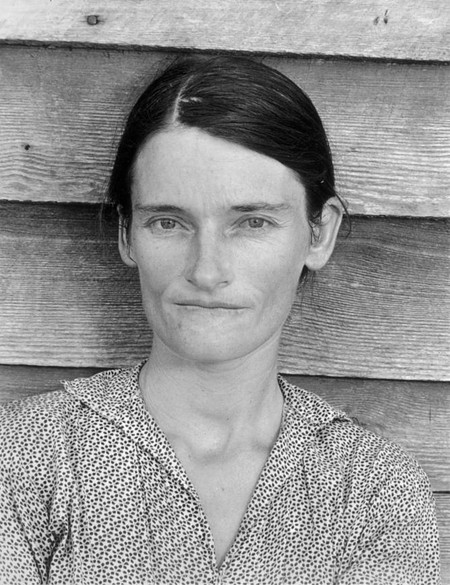 Essentially, she was hostile towards Evans. She told the journalist she would have been happy had Evans just sent her a copy of the image or the article which it accompanied. But this had not happened. This was to not even mention the complete lack of acknowledgment she had received for the image either economically or from Evans. Evans had profited from this image in countless ways over the years, both literally from the initial commission that it was a part of, but also through it becoming a lynch-pin of his portfolio, whilst the photo’s star was left in Depression-torn Alabama.

It is interesting, then, that this has become seen as the beginning of what Evans himself calls ‘the documentary style’, a style that virtually creates the concept of photojournalism and eventually allows Evans to become the editor of Fortune and to be indebted into the International Photography Hall of Fame in 1984. It could be said, in fact, that what many see as the drawbacks to photojournalism are present right from its inception here, with Evans’ journalistic detachment allowing him to create a defining, striking image whilst virtually ignoring the plight of Burroughs as a single human rather than a symbol for an entire people and time.

But to go back to my first question, is this actually the role of art during a time of suffering — to make hopeful symbols for the struggling masses, regardless of what this means for the individual depicted? Is the power of Evans’ work, and his books such as Now Let Us Praise Famous Men, that they use his artistry to visually define something, even if that something is to a degree constructed, artificial and exploitative? Clearly, there are no answers to this, or at least no answers that can be given in such a brief look at one image by one man, but at the very least this should raise some questions that should be asked not just of Evans’ work, or the work of the FSA more widely, but of every single documentary image that we see in a newspaper, in a magazine or on the news.