Top 10 Dishes to Eat When You Are in St. Louis 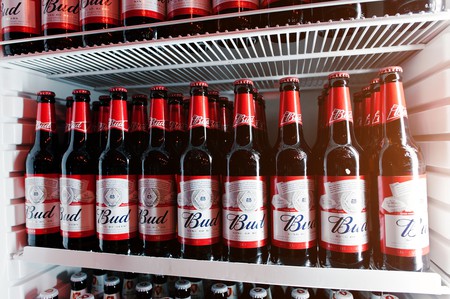 New York may own cheesecake, Paris steak tartare, and London fish and chips, but St. Louis holds the title of world’s best when it comes to barbecue. If you’re planning to eat your way around the Gateway to the West, there are a few more dishes you need to know about if you want to eat like a local, then you’ll understand why the people of St. Louis are so proud of their hometown’s cuisine.

Barbecue may be the dish St. Louis is most famous for, and the city lays justifiable claim to some of the best barbecue in the world. Barbecue joints such as Pappy’s and Borgart’s have been featured by international food reporters, and people flock from all over the region to wait in line for hours for a humble plate of spare ribs. Speaking of spare ribs, that is the classic St. Louis barbecue dish, grilled rather than slow cooked, and irresistibly smoky.

Safe to say some of the best ribs I've ever had the pleasure of licking clean @pappyssmokehouse. See them @wcsmokeout July 14-16 and @abc7chicago 7/14. #smokering #StLouis

The salad at The Woman’s Exchange

Imagine a typical ravioli, filled with meat or cheese, then deep fried. That is what the (slightly misnamed) “toasted” ravioli is, and St. Louisans will tell you it is some of the best Italian food you can find this side of Naples. Get the best at Charlie Gitto’s on the Hill, St. Louis’ Italian neighborhood, where the recipe originated. 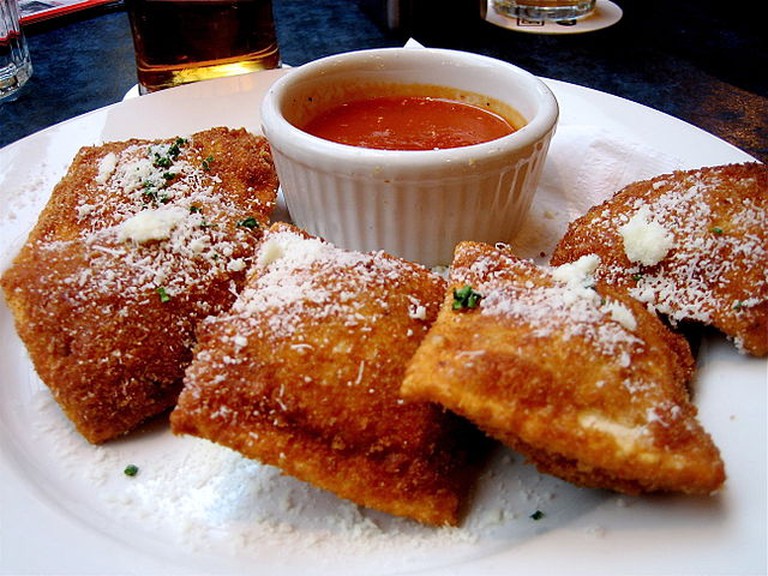 While not technically a food, Budweiser beer might as well be its own food group for many St. Louisans. Before it was bought by InBev in 2008, world-famous Budweiser beer was a company owned and run by a St. Louis family. And while the ownership may have changed, St. Louisans still think of Budweiser as part of their heritage, and take every opportunity to knock a few back, not least at a Cardinals baseball game in the summer.

Bakery, Coffee Shop, American
Facebook
Email
Twitter
Pinterest
Copy link
Share
Map View
Gooey butter cake is as decadent as it sounds. Think of a coffee cake with a sinfully rich cream cheese-based filling, dusted with powdered sugar. You can find one in just about any bakery, although Kaldi’s Coffee is famous for having some of the best in town.
Open In Google Maps
3983 Gratiot Street, Forest Park Southeast, St. Louis, Missouri, 63110, USA
+13147279991
Visit Website
Give us feedback

Driving down an inauspicious strip of Chippewa Street on a hot summer’s night, you’d be forgiven for thinking a celebrity was in town from the crowds swarming the sidewalks. But rather than waiting in line for a photo of Kim Kardashian, they are actually waiting to get frozen concretes from local institution Ted Drewes. Made of frozen custard made with eggs and honey, and blended with dozens of flavors, a concrete is so stiff that if you stick a spoon in and turn it upside down, the spoon will stay put.

The pizza in St Louis is all about the Provel cheese. Gooey, tangy, and used in abundance on thin-crust pizza squares, Provel is a uniquely St. Louis phenomenon. And while you can find St. Louis-style pizza in plenty of places around town, Imo’s Pizza made the original, which is still the ultimate.

Perhaps the ultimate post-party food, the slinger is a late-night St. Louis culinary staple. Comprised of a heap of hamburger patty, hash browns, sunny side-up eggs, chili, cheddar cheese, and whatever condiments your heart desires. It may seem like a dish that would appeal exclusively at 3AM, but diners in the city have wised up and started serving it around the clock, just how St. Louisans like it.

A pork steak is exactly what it sounds like, and is the main event whenever St. Louisans are grilling in the summer. Made of slow cooked pork shoulder with a healthy layer of BBQ sauce, the most authentic way to experience this Midwestern delicacy is to get a St. Louisan to grill for you. Pick up a pork steak up at St. Louis grocery chain Schnucks and find a friend with a grill – any local will be only too proud and happy to prove just how much better suited pork is for “steak” than beef.

Named for loyal customer Dick Gerber, the Gerber sandwich was invented by the local family-owned Ruma’s Deli in 1973, and has developed a legion of devoted fans in the ensuing decades. The open-faced sandwich is something of an American croque-madame, with ham and Provel cheese toasted on French or Italian bread, smothered in garlic butter. You can find one at Ruma’s, but the sandwich will be available at pretty much any St. Louis deli.