The Fascinating History of the Haunted Lemp Mansion 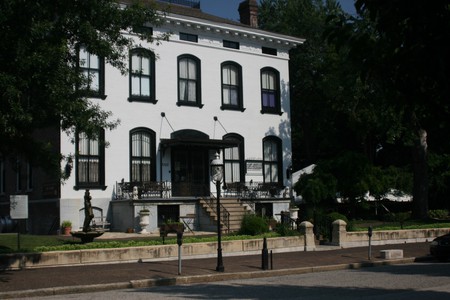 In the 19th century, the Lemp family was practically royalty in St. Louis, Missouri. John Adam Lemp had introduced lager beer to St. Louis in 1838 with the opening of his brewery in what is now Benton Park, and although his more famous rival, Anheuser-Busch, would eventually overtake Lemp beer in nationwide sales in the 1880s, Lemp outsold A-B in St. Louis.

The family bought a beautiful mansion near the Brewery, at 3322 South 13th Street (now DeMenil Place). The family married well, particularly William Lemp Jr., who married Lillian Handlan, a railroad supply heiress called the “Lavender Lady” because of her preference for that color; her horses’ harnesses were even adorned in that particular shade. Their divorce 10 years after they were married was the talk of the town and scandal of the decade.

But all was not well in the family—even though their business was thriving and they were treated like kings and queens everywhere they went in the city. In 1901, William Lemp Sr. lost his son Frederick who had a heart problem, and three years later, he shot himself with a .38-caliber revolver in his bedroom in the Lemp Mansion. 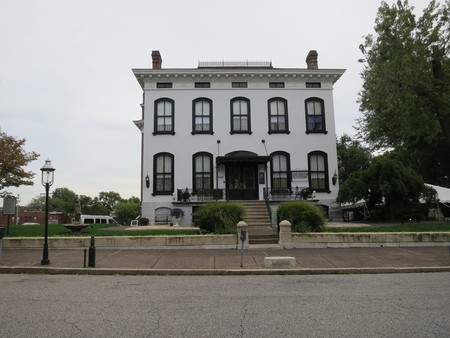 After his father’s death, William Jr. turned the mansion into the company’s headquarters upon assuming the reigns of the company, and all was well for a spell.

But then Prohibition hit the United States, which spelled doom for the Lemp family. On March 20, 1920, Elsa Lemp Wright (a daughter of William Lemp Sr.) shot herself in her home on tony Hortense Place (“This is the Lemp family for you,” William Jr. is reported to have said when he arrived at the scene.)

In 1922, William Jr. announced he would sell the property, and on December 29th of that year, he dismissed his secretary from his office and shot himself in the heart. 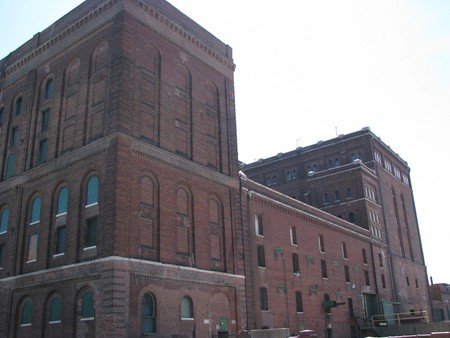 The family did not sell the property and instead restored it as a residence even as their reign as a beer empire ended due to Prohibition. But the tragedies in the house did not end there. In 1949, Charles Lemp (William Jr.’s brother) shot himself in the same room as his brother had. “In case I am found dead, blame it on no one but me,” he wrote cryptically in his suicide note.

After Charles’ death, the mansion was sold and turned into a boarding house. It was not well maintained, but this wasn’t the only reason it was difficult to keep tenants. The building also had a reputation for being haunted, with phantom footsteps and knocks being heard not uncommon.

But St. Louisan Dick Pointer saw this slight issue of the building being haunted as an opportunity, and in 1975, he purchased the building to turn it into a restaurant and inn.

It was difficult to keep staff sometimes because they would report seeing apparitions and odd sounds, and would sometimes feel as though they were being watched. Those who work in the restaurant have heard the piano playing itself, and doors locking and unlocking themselves.

The mansion is a magnet for ghost hunters and curious tourists and locals alike. So, next time you’re in St. Louis, book a tour and see for yourself—if you dare.