The Best Hotels in St Louis, Missouri, for Every Traveler 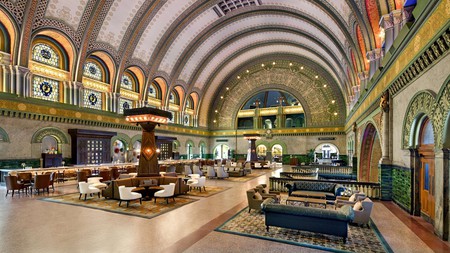 You’ve probably seen a photo of St Louis, Missouri – the iconic Gateway Arch is the tallest arch on the planet, and the tallest monument in the United States. The city, on the Misssissippi River, is a popular pit stop on the Route 66 between Los Angeles and Chicago, with a raft of superb places to stay.

This Missouri city attracts beer pilgrims thirsty to visit the historic Anheuser-Busch brewery plus baseball fanatics keen to catch a Cardinals game at Busch Stadium. Whatever reason you’re in town, these are the best hotels in St Louis. 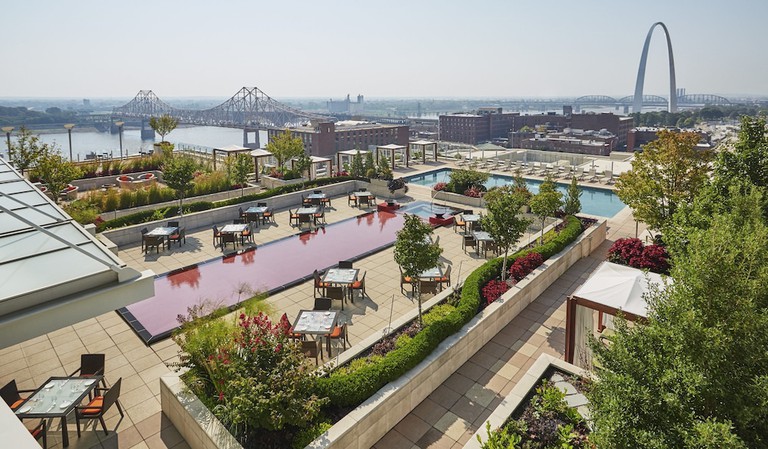 The name Four Seasons is synonymous with luxury, and the St Louis iteration is no exception. Sitting on the western banks of the Mississippi River, this five-star hotel exudes the elegance travelers expect from the brand, from the serene spa treatments to the South American cuisine at the Cinder House restaurant. Floor-to-ceiling windows in the guest rooms look over the Lumière Place Casino towards the Gateway Arch, while the downtown vistas from the Sky Terrace pool are just as enviable. 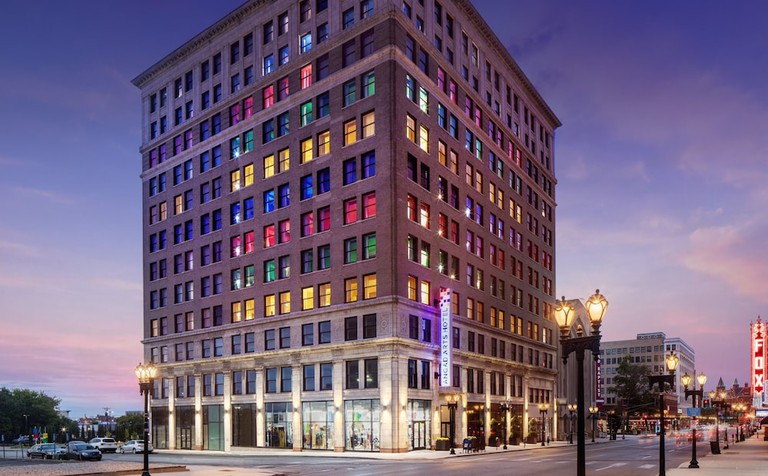 The Angad Arts Hotel is the first in the world where you can book your bed not by room type, but by emotion and color; choose from powerful red, freedom blue, curiosity yellow or rejuvenation green. This artistic twist suits accommodation located in the Grand Center Arts District, surrounded by the top cultural venues in St. Louis such as the Fabulous Fox, the Sheldon Concert Hall, the Grandel arts center and Powell Hall, home of the St Louis Symphony Orchestra. The kaleidoscopic rooms are decorated by local artists, while the rooftop Art Bar and sky lobby Chameleon Lounge crank up the cool factor. 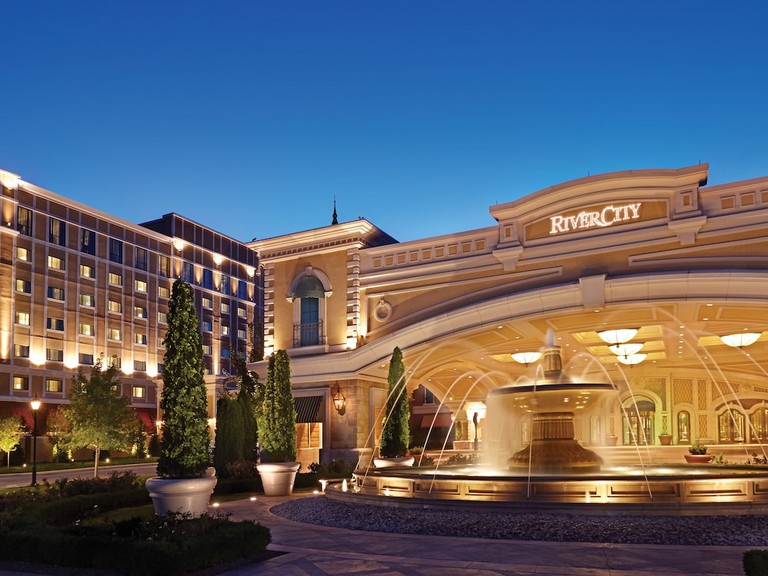 Perched on the banks of the Mississippi, south of downtown St. Louis, the River City Casino opened in 2010. However, the design dates back more than a century, borrowing style from the 1904 World’s Fair that was held in the city. Above the 2,000 slot machines, 50 tables and seven restaurants in the casino, the upscale rooms and suites are decked out with opulent decor fit for high rollers. 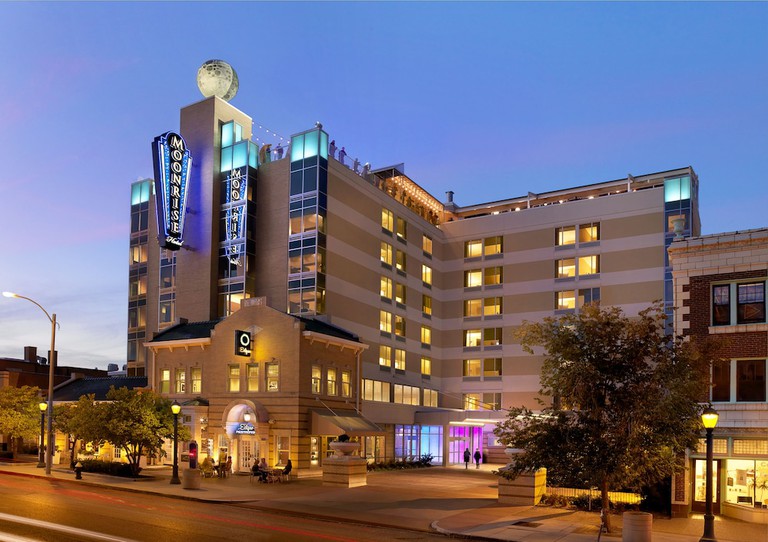 The somewhat kitsch look of the Moonrise Hotel is the key to its charm. With a replica moon hovering above the neon blue sign on the roof, vintage Nasa tchotchkes filling the lobby and dining options with names like Eclipse Restaurant and the Twilight Room, the cosmic theme is hardly subtle. But beyond the stargazing lies a collection of surprisingly refined rooms, a deep commitment to sustainable travel (the roof is made of solar panels), and a prime position on the Delmar Loop, a humming nightlife strip. 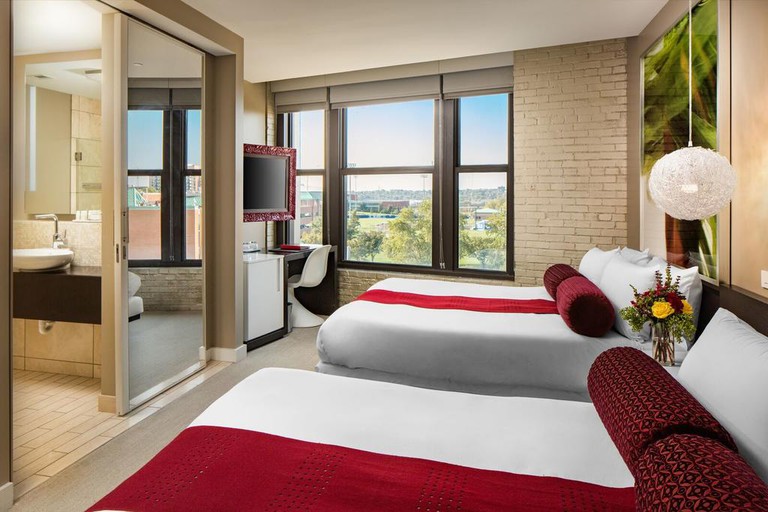 This boutique hotel was opened by Saint Louis University just across the road from its campus in 2011 before it was sold to new owners. The rooms are a significant upgrade on any student dorm, furnished with comfy Tempur-Pedic mattresses, organic bedding and local artworks on the walls. Its proximity to budget-friendly student haunts and the Grand Center Arts District is the major drawcard. 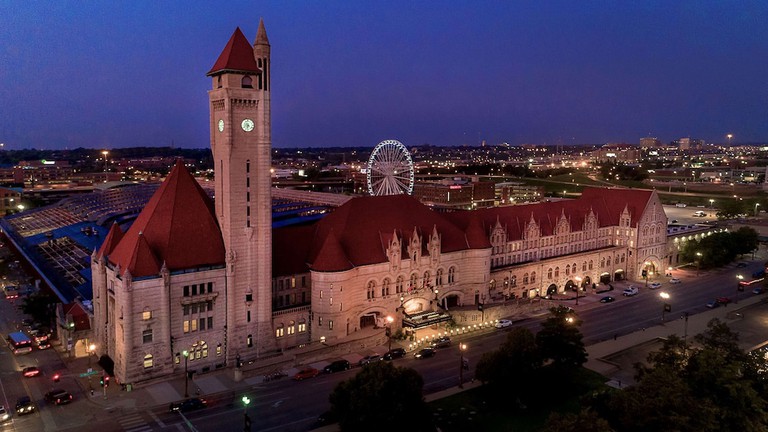 St Louis Union Station — a National Historic Landmark dating back to 1894 — is an architectural monument that’s enjoying a second life as a Curio Collection by Hilton property. Reminders of the locomotive past infuse the 500-plus rooms and on-site bars and eateries, with railway-themed prints decorating the stately guest rooms and the original archways stretching over the Grand Hall restaurant. And as travelers would expect from a converted train station, the downtown location is super convenient, only a stroll from the City Museum, Busch Stadium and the Gateway Arch. 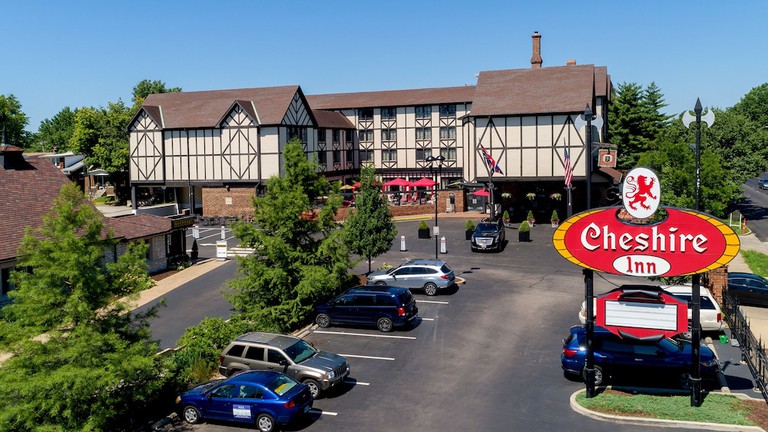 The Cheshire is a hotel that wouldn’t look out of place in, well, Cheshire, England. This timber-framed property on the southwest corner of Forest Park feels more like Great Britain than the Great Plains, and the cozy rooms could have come from a cottage in the English countryside. The British theme extends to the Fox and Hounds pub – replete with fireplaces, stone walls and framed pictures of bulldogs – while the Basso gastropub and Boundary restaurant dish up Italian and American cuisine alongside generous helpings of all things English. 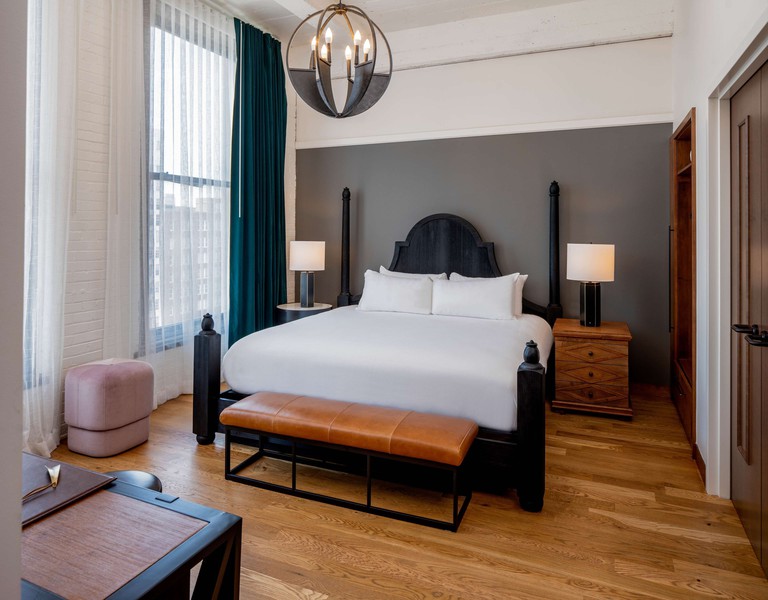 The Last Hotel occupies one of the most storied addresses on Washington Avenue. The former headquarters of the International Shoe Company, constructed in 1909, it was converted a century later into an Unbound Collection by Hyatt hotel, combining the character of the original building with sleek contemporary design. You’ll find cobblers’ tools, including “lasts”, in the bar (hence the name of the hotel) and original barrel ceilings in the rooms, alongside Corinthian columns in the cocktail bar and a glam rooftop pool lounge decorated with manatee and hippo sculptures that once lived in the lobby.