The 10 Wittiest Essays By Mark Twain

An American author and humorist, Mark Twain is known for his witty works, which include books, essays, short stories, speeches, and more. While not every single piece of written work was infused with humor, many were, ranging from deadpan humor to laugh-out-loud funny. We’ve put together a list, in no particular order, of ten witty pieces that will give you a peek inside the wittiness of this celebrated author. 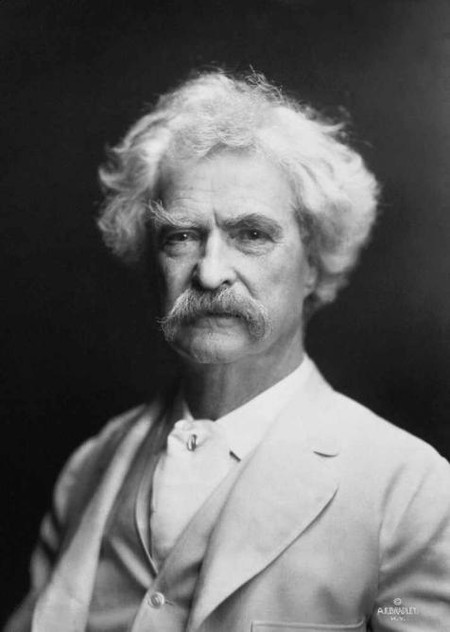 As anyone who has ever learned or attempted to learn a second language knows, it is difficult and can be very frustrating at times. Twain explores this in the witty essay ‘The Awful German Language,’ which was first published in Appendix D in A Tramp Abroad. He describes the language as ‘perplexing’ with its ten different parts of speech, one sound meaning several different things, super long words, which he believes have their own ‘perspective,’ and so on. After breaking down the language, Twain goes on to describe how he would ‘reform it.’ When it comes to these long compound words, for example, he would ‘require the speaker to deliver them in sections, with intermissions for refreshments.’

How to Tell a Story

In ‘How to Tell a Story,’ Twain discusses the humorous story, which he says is the ‘one difficult kind’ and purely American. The humorous story, as Twain points out, ‘is told gravely’ and takes time to tell, whereas comic and witty stories, which are English and French respectively, are short and get right to the point. Twain also states that when is comes to comic storytellers, they will often repeat the punch line while looking back and forth at each person’s face to see reactions. Twain describes this ‘a pathetic thing to see.’ He goes on to give readers a couple of examples: ‘The Wounded Soldier’ (comic) and ‘The Golden Arm’ (humorous).

‘Always obey your parents…,’ is first piece of ‘advice’ Twain gives in his satirical essay ‘Advice To Youth,’ written in 1882; however, he immediately follows it with ‘…when they are present.’ He also discusses respecting superiors, but if they offend in any way, then the youth may ‘simply watch your chance and hit him with a brick.’ Other pieces of ‘advice’ from Twain include ‘be very careful about lying’ and ‘never handle firearms carelessly.’ He writes of books and how ‘Robertson’s Sermons, Baxter’s Saints’ Rest…‘ are some of the books that the youth should read ‘exclusively.’ Twain was making a social commentary about the people of his time, but it is a fun read. 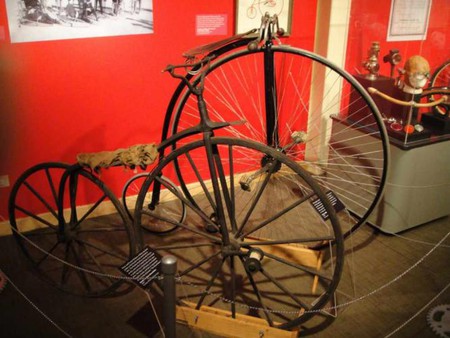 ‘Taming the Bicycle‘ is a funny account of Twain learning to ride an old high wheel bike. This piece, while never published during his lifetime as he was never happy with it, is laugh-out-loud funny. Taking lessons from ‘the Expert,’ Twain has much difficulty learning to stay on the bike. Indeed, ‘He [the Expert] said that dismounting was perhaps the hardest thing to learn… But he was in error there.’ Hilarity ensues as Twain falls, repeatedly, on his teacher as he has trouble staying the bike for any amount of time. Eventually, Twain does learn how to get on the bike and dismount properly; he even writes ‘Get a bicycle. You will not regret it, if you live.’

Professionals once described Fenimore Cooper’s The Deerslayer and The Pathfinder as ‘artistic creations’ and Cooper himself as ‘the greatest artist in the domain of romantic fictions.’ In ‘Fenimore Cooper’s Literary Offences,’ Mark Twain clearly thought otherwise. In this critical essay, Twain states that Cooper violated 18 of the ‘rules governing literary art’ and proceeds to explain each one. Some of the funnier moments or rules broken include ‘1. That a tale shall accomplish something and arrive somewhere. But the Deerslayer tale accomplishes nothing and arrives in the air’ and ’12. Say what he is proposing to say, not merely come near it.’ This piece is biting and funny at the same time.

While funerals are serious, Mark Twain manages to make the subject funny in ‘At the Funeral,’ a short essay in which the humorous writer gives his take on proper etiquette when attending such an event. For example, the attendee must not ‘criticise the person in whose honor the entertainment is given’ and definitely ‘make no remarks about his equipment.’ Also, the attendee should only ‘be moved…according to the degree of your intimacy’ with the people hosting the funeral or the deceased. And lastly, as only Twain would point out, ‘Do not bring your dog.’

On Theft and Conscience

‘On Theft and Conscience’ is an except taken from a speech Twain gave in 1902 and is printed in Mark Twain’s Helpful Hints for Good Living: A Handbook for the Damned Human Race. He recalled the first time he ‘removed’ (stole) a watermelon from a wagon; once he looked at it, he realized it was not yet ripe. He had a bit of remorse, so he returned the watermelon to the owner. This is Mark Twain after all; therefore, he told the owner ‘to reform.’ The owner, in turn, gave Twain a ripe melon, and Twain ‘forgave’ the owner. 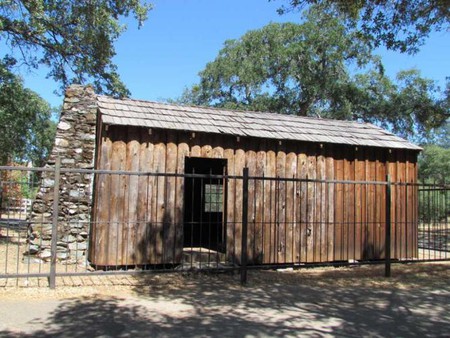 In 1865, Mark Twain wrote ‘The Celebrated Jumping Frog of Calaveras County,’ a witty short story about a gambler named Jim Smiley as told by the bartender, Sam Wheeler. A French writer, while liking the story and thinking it was funny, didn’t understand why it would cause anyone to laugh and translated the story into French in order prove his point. Twain caught wind of it and translated it back into English but using the grammatical structure and syntax of the French language. As he points out, ‘the Frenchman has riddled the grammar. I think it is the worst I ever saw…’ He published everything as ‘The Jumping Frog: In English. Then in French. Then Clawed Back into a Civilized Language Once More By Patient, Unremunerated Toil.’

A satirical essay written in 1879, ‘A Presidential Candidate’ makes fun of the campaign process and explores the ideal candidate or in Twain’s words ‘a candidate who cannot be injured by investigation of his past history…’ If the candidate did, indeed, expose all his ‘wickedness’ then his opponents could not use his past against him. A truly witty piece, some of the secrets revealed include the candidate burying his deceased aunt under his grapevines because ‘the vine needed fertilizing, my aunt had to be buried, and I dedicated her to this high purpose’ and his dislike for ‘the poor man.’

While it is a funny short story, ‘Advice to Little Girls‘ also has deeper meaning: girls should think for themselves. For example, one piece of ‘advice’ Twain shares is ‘If you mother tells you to do a thing, it is wrong to reply that you won’t.’ He writes that little girls should act as they will do what they’re told but that ‘afterward act quietly in the matter according to the dictates of your best judgment.’ This piece also has recommendations on how take chewing gum from little brothers, how to treat friends who have better toys, plus several more little gems.