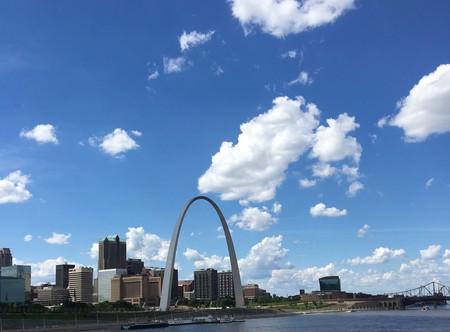 Foodies travel from coast to coast in search of quality cuisine, but they’re flying over one of the fastest growing culinary destinations. Touch down in St. Louis, and step into these chef-recommended restaurants for a deliciously Midwest food experience.

St. Louis’ culinary community is strongly rooted in the mutual support between local chefs and restaurateurs. Those who work in the city’s burgeoning food industry frequently dine at each other’s restaurants and collaborate behind the scenes, which sets the foundation for unique flavors and combinations.

Culture Trip sat down with some of the Gateway City’s most revered chefs, as well as some up-and-comers, to find out where they choose to eat when they’re off the clock. Whether you’re craving authentic Thai food in the quirky Loop neighborhood, or you’re in need of a seasonal and upscale vegetable-forward menu, here are a few recommendations from some of St. Louis’s most knowledgeable food experts.

Nalic’s food truck, Balkan Treat Box, hit the streets of St. Louis in 2017, quickly garnering several awards and earning a place on the city’s “best of” lists for visitors and locals alike. Her bricks-and-mortar shop is set to open in the Webster Groves neighborhood in fall 2018. Below are a few of her favorite places to eat when she’s finished serving the masses.

Owner Qui Tran, whose family owns St. Louis’s favorite Vietnamese restaurant, Mai Lee, partnered with Marie-Anne Velasco to bring forth this fast-casual Asian-fusion restaurant. Don’t let the relaxed atmosphere fool you – Tran and Velasco spent three years perfecting the menu and, as he told St. Louis Magazine in a 2017 interview, they even brought in acclaimed ramen chef Shigetoshi “Jack” Nakamura as a consultant. Nudo is also a favorite of Guerrilla Street Food chef/owner Brian Hardesty. According to Nalic, the Shroomed Out vegetarian mushroom ramen is not to be missed. “I will never forget my first slurp. It’s somehow light and rich at the same time.”

This Bevo Mill haunt is the definition of a family-run restaurant: mom Ermina Grbic is executive chef, dad Sulejman is the butcher, and daughter Senada is the sous chef. Their food exudes the family’s roots from the former Yugoslavia. Nalic, who creates her own Bosnian cuisine, offers nothing but praise for this fellow Balkan establishment. “They are the godfathers of Bosnian food in St. Louis, and they happen to be the most loving, generous and hard-working family in the business,” she says. “You walk into Grbic, and you’re immediately transported to the old country. One bite of Mama’s sarma (cabbage rolls stuffed with ground beef and rice, and topped with traditional paprika sauce), and you feel like you have also received one of her big hugs!”

Chef/Owner, Público, Privado, and Half & Half

Randolph owns and operates three of St. Louis’ favorite restaurants and has more than proved his deep knowledge of food. With Latin restaurant Público, tasting-menu-only venue Privado, and his diner (and first venture) Half & Half, Randolph seems to know exactly what St. Louisans crave. Now, the chef offers two of his personal favorites.

Protzel’s is something of a St. Louis institution. Established in 1954, parents and grandparents who frequented the shop when it first opened now bring their kids and grandkids to discover the same deli favorites. Though known for their corned beef, Randolph’s favorites include a few other specialties he recommends. “This is an old school deli with no frills,” he says. “I love the feel of it – the Reuben or beef tongue are great. Protzel’s is a staple in my neighborhood, and for my money, it’s the best deli in town.” 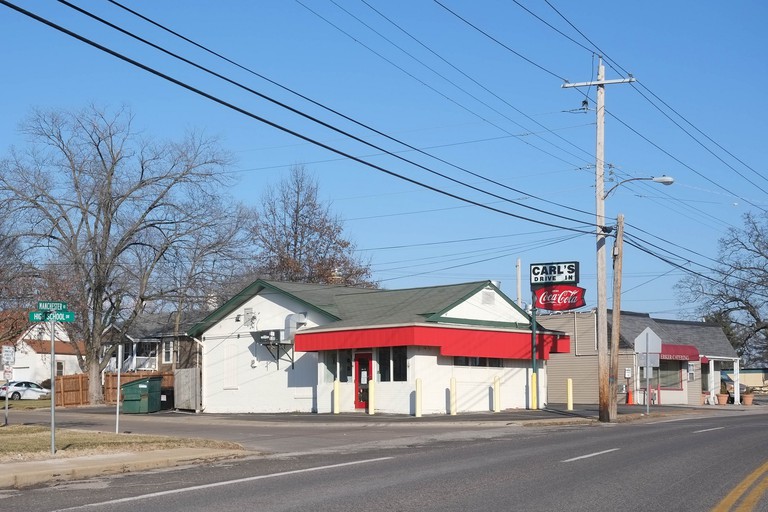 Carl’s, another St. Louis staple, opened in 1959 in a former gas station where Carl Meyer and his wife Pat originally offered curbside service and a walk-up window. The menu might be limited – burgers, hot dogs, sandwiches, “classics,” desserts (Ted Drewes, of course), sides, and beverages (including Carl’s famous homemade root beer). But Carl’s hones in on what it does well. “This is St. Louis’ real griddle burger,” Randolph says. “Carl’s is an institution for a reason. With no more than 15 seats, it’s a true experience. A double with cheese, fries, and an ice-cold root beer is always a winner.”

St. Louis native Michael Gallina met his wife Tara while working at a restaurant outside of New York City. When the couple decided to open an eatery of their own, the burgeoning food scene in St. Louis called them back to Gallina’s home turf. Their joint venture, Vicia, is a 2018 James Beard Award semi-finalist that also garnered many other accolades for their exceptional – though limited – menu. The menu is in constant flux based on what’s in season, but currently includes purple top turnip tacos and chicken-fried zucchini. Gallina shares a few of his currently frequented favorites.

This artisan bakehouse opened in South St. Louis in 2017 with the distinct mission to perfect the Midwest sourdough – and Gallina can’t get enough. “A.J. and Kirsten Brown have created a really special bakery with Knead and are making all their breads and pastries by hand each day,” he said. “The everything kolache is a must-have, as are the sourdough doughnuts. They have elevated and perfected classic St. Louis dishes in a super warm and hospitable little shop.”

Hold everything in the palm of your hand, and then devour it! The sourdough Everything Kolache. #hellosourdough #eatwellstl

Though seafood might not be a first thought when it comes to Midwest cuisine, perhaps it should be. Many in-the-know chefs configured ways to get fresh seafood on their menus for some amazingly delicious Maine classics served with a New Orleans twist. Favorites include the lobster rolls, poorboys and the seafood boil. Peacemaker, which is also one of Randolph’s regular haunts, is a prime example. “It’s not always easy to find super fresh seafood daily in St. Louis, but thank God for chef Kevin Nashan,” Gallina shares. “Peacemaker is the kind of place you can go for a quick dinner and to watch the game at the bar, or to find some really delicious, just-flown-in seafood that reminds me a lot of my time spent on the East Coast.” Gallina is a self-proclaimed sucker for the clam chowder, catfish poorboy and the peel-and-eat shrimp.

Brian Hardesty and Joel Crespo started Guerrilla Street Food as a food truck. The business grew quickly, and soon the pair needed two brick-and-mortar locations that served unbeatable Filipino and Filipino-inspired creations, which lit a fire for Southeast Asian cuisine in the city. As an out-of-the-box chef himself, Hardesty appreciates others who innovate. He now shares one of his favorite cuisine innovators in St. Louis.

With an ever-changing menu that features dishes from China, Korea, Thailand, Japan, and Vietnam, Kounter Kulture provides international cuisine using locally-sourced products. In line with their Tower Grove Farmers’ Market origins, this carry-out only spot is a perfect place to duck in for a quick lunch. If you prefer to hang around a bit longer, they also offer seating outside. “I love Kounter Kulture,” Hardesty says. “Everything chefs Mike (Miller) and Chris (Meyer) do is delicious. Their catfish steam bun, okonomiyaki, and daily specials use all local ingredients and are as impressive as they are perfectly executed.”

Togarashi spiced catfish steamed bun with a shishito pepper and tomato remoulade. We may not have Mokofuku in St. Louis, but we do have @kitchenkulture!

Acquiring the seal of approval from Gerard Craft in St. Louis is like discovering a golden ticket in a chocolate bar. The now-established chef never rests on his laurels when innovating his collection of six restaurants. When it comes to the places he loves to frequent, he keeps it simple, classic, and fresh.

For authentic Thai food in St. Louis, there are few places that meet the standards of this tiny space in University City. Sitting just outside of The Loop, fancy training is not the way at Fork & Stix – the staff rely on knowledge passed through generations of superb cooks to craft the cuisine. “This is a cute, small restaurant with amazing Northern Thai food,” Craft says. “The flavors are so bright and craveable. Be sure to try the khao soi or green curry.”

This lunch-and-dinner spot relies on old-world techniques to make naturally leavened breads. And that bread lends a certain something to the superb sandwiches, pizza crust and rolls prepared at Union Loafers. Also a Gallina favorite, the attention to detail is arguably unmatched. “The sandwiches here are simple but amazing because the bread is absolutely perfect,” Craft says. “You’ve got to try the ham & cheddar on rye.”

We made a little fresh ham with a farm leg. Only thing to do wit it is to slalth a lil but but on and place on a baguette. This place is a living thrill and I’m not kidding.