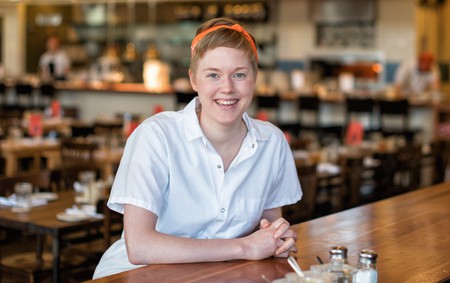 Thanks to innovative chefs and a culinary community fostering excessive creativity, St. Louis is an underrated food city that shouldn’t be overlooked.

When St. Louisans go to highly acclaimed restaurants in foodie centers—New York, Chicago, San Francisco—they often leave confused. It’s not that these amazing food havens aren’t everything everyone says they are and more; it’s just that St. Louis has a growing number of restaurants that are as good as much of what is found in these bigger cities. Some of the St. Louis mainstay chefs are to thank for laying the foundation, but the new chefs on the scene are crafting innovative cuisine that is novel in the city and putting St. Louis on the culinary map. 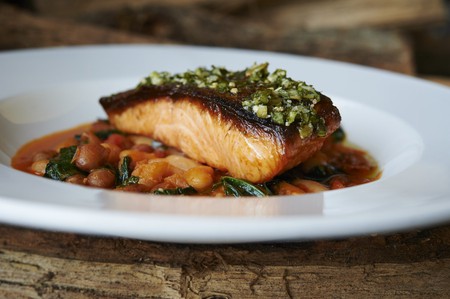 Arguably, the thing that makes St. Louis’ food scene so special is the same thing that puts curious expressions on people’s faces when the city is recommended as a food destination; it’s under the radar and somewhat unknown, and therefore, its chefs are free to experiment and push boundaries without fear of failing or disappointing the public. One such chef is Gerard Craft, owner of Niche Food Group and the 2015 James Beard awardee for Best Chef Midwest. Craft is known for being among the experimental chefs who started the food revolution in St. Louis, as he arrived in the city just as the food community was starting to catch wind of the untapped restaurant potential here. Among Craft’s many culinary gifts is his ability to find and cultivate some of the best up-and-coming chefs. He did just that when he hired Chef Ashley Shelton who is now executive chef at his restaurants Sardella and Pastaria. Shelton herself was a 2017 James Beard Rising Star semifinalist and a 2018 Best Chef: Midwest semifinalist.

“We have an open kitchen at Pastaria, and I try to interact with everyone as much as possible,” she says. “People are actually shocked that they can find really great food in St. Louis. But they can. Also, when I travel and tell other chefs that I’m from St. Louis, they now recognize the city and know of restaurants here. We’re slowly getting the credit deserved.” 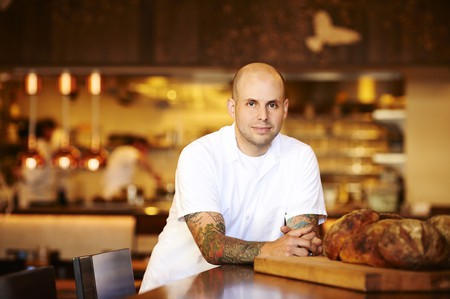 Niche Food Group restaurants are among the best known in the city for pushing boundaries and taking risks. Craft was even at the forefront of the city’s farm-to-table movement. Today, he owns five restaurants in the city, and he recently opened a second Pastaria location in Nashville.

In opening that first restaurant, Craft became part of a kind of food Renaissance in St. Louis, which helped form Shelton’s realization that food was her passion. Shelton’s mother, who passed away when she was quite young, had been a home cook, and Shelton had spent a lot of time with her in the kitchen. When she entered high school and took home economics, she felt her mother pulling her toward the kitchen again.

“Before that, my family dinners out would be at Olive Garden or something like that. Then, I started cooking at school, and there was this voice in me that was like, ‘Hey, you should cook.’”

Shelton’s family was supportive and encouraged her to get real experience. Her first food industry job was at St. Louis Bread Co. (that’s Panera to the non-St. Louisans). About a year later, Shelton applied for a sous chef position at Annie Gunn’s. She got the job, and honed her skills at the acclaimed St. Louis steakhouse. Upon graduating from high school, she continued on to the Culinary Institute of America in Hyde Park, New York, and soon realized how solid her hometown training had been.

“I really got my culinary background and understanding at Annie Gunn’s,” she says. “Culinary school taught me the theory behind what I already knew how to do in practice.” 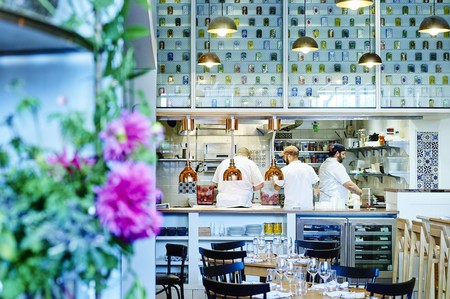 Having realized her love of Italian food at the Institute, Shelton knew her next step would be to further her education in Italy. She was admitted to the master’s program at Apicius International School of Hospitality in Florence, which was fortuitous for many reasons—not only did she get an intensive, comprehensive, and informative Italian cooking education, it also afforded her the opportunity to meet Craft.

“I was nearing the end of my time at Apicius, and I was starting to consider next steps. I got in touch with Lou [Rook, owner of Annie Gunn’s], and he mentioned that Gerard was planning to open an Italian restaurant in St. Louis. I sent Gerard an email, and he was like, ‘Well, we’ll be researching in Florence on this date if you want to meet up for an interview?’ And I was like, ‘Uh, yes, please!’”

The St. Louisans met for a meal in Italy. Although both remember the food being “truly awful,” the connection was there, and Craft offered Shelton a position as a sous chef at his upcoming venture, Pastaria, upon her graduation. Apicius had also offered her a position at the university, which she sincerely considered. What tipped the scales toward St. Louis for this now highly qualified chef? Not what you might think…

“My now-husband was back in St. Louis. We met in high school and reconnected during the time I was home in between the Culinary Institute and Apicius, and I just felt like when Gerard offered me the job, it was right for so many reasons.” 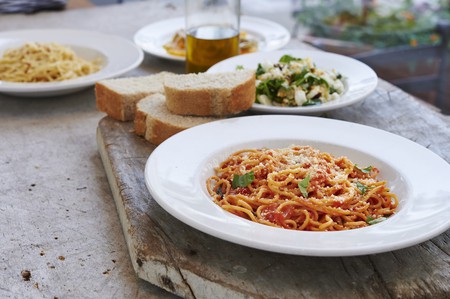 At another point in her life, she might have made a different decision, but she now believes coming home and working at Pastaria to be among the best decisions she’s made for her life and career. Shelton was there for the restaurant opening, an event that a lot of chefs often don’t get to experience. The opening was hugely anticipated and publicized in the city. There was a lot of pressure to get it right, but there was no definition as to what “right” meant. The young staff made the opening their own, and continue to create and innovate today.

“We have the freedom to be excessively creative and to fail,” Shelton says. “I think that there’s a lot more pressure on restaurants in New York or San Francisco to not try to do something way outside the box. We don’t have that here. And that’s something I don’t ever want to lose.” 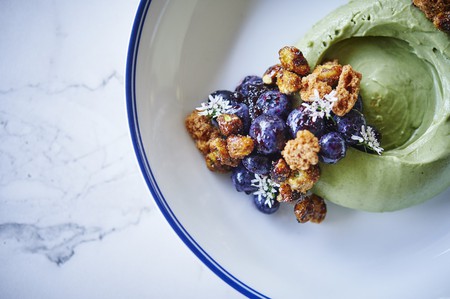 Shelton has worked her way from sous chef to executive, and now, to dual executive chef. Sardella and Pastaria are next door to each other, but they have completely different concepts. The commonality here is the drive for creativity she shares with Craft, as well as the mutual respect, and the shared goal to stay true to what makes the St. Louis food scene incredibly interesting and unique—the ability to remain on the fringe, no matter how big that food scene eventually gets or what external expectations begin to build.

“Our relationship is very unique in that I hear what he has to say, but he gives me a lot of creative freedom,” she says. “I think that’s partially the Midwest, though. Not only do our restaurants offer customers incredible hospitality, but we also are incredibly supportive of each other. We know each other, we’re nice to each other, we want to see each other succeed, and we collaborate. I think that brings about new possibilities that might not be available in other cities, where the dynamic is so different.”