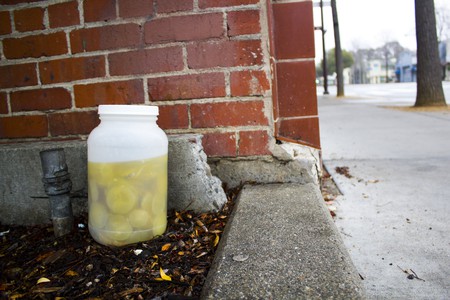 Every community has its icons—things that it is famous for and that are beloved by people from all around the region. It might be a sign, a house or a beautiful mural.

But one community in Missouri has a particularly unique icon—a jar of pickles that has been sitting next to the highway more or less consistently for several years.

The community in question is in Des Peres, a suburb of St. Louis. On the entrance ramp to highway I-270 North to Manchester Road, near a grocery store and mall, there is a glass container of pickles. 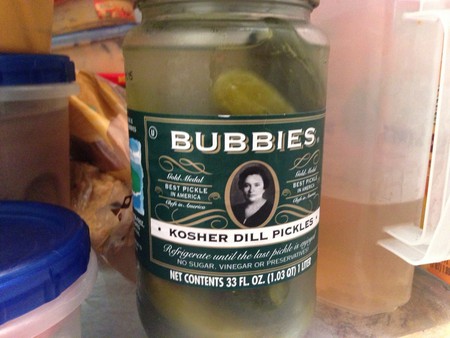 The jar has been sitting by the side of the road since 2012. It was first noticed by a local woman named Barb Steen, who lives nearby. Steen has been keeping watch over the container ever since. No matter what was happening—snow, construction, sun, traffic, etc.—the jar remained.

After a few years of noticing the pickles, Steen started a Facebook group dedicated to this particular jar—“Team Pickle.” “There has got to be a story behind these pickles, and inquiring minds want to know,” she wrote. “Let’s make them famous!”

At least one half of her wish came true—the pickle container caught the attention of an international news outlet. But the source of the pickles or why someone decided to place them where they did remains a mystery. People have certainly shared their theories on the Facebook page; two of the most popular speculations are that the jar is a shrine to someone who loved pickles or that the jar was left by aliens.

But the attention that the Facebook group created led to the pickles’ first disappearance. Granted, the jar had become rather weather-beaten and old after all of that time, but the group’s members were still quite sad. One member even wrote a poem: “A jar/ Viewed from afar/Has left a scar/Upon our hearts/Alas it departs!”

And it wasn’t long before a second jar replaced the first. The group celebrated. More fans joined. As the years went on, the glass container would sometimes topple over in inclement weather and shatter, or simply disappear. But it was never long before a vigilant fan would replace it with a new jar. 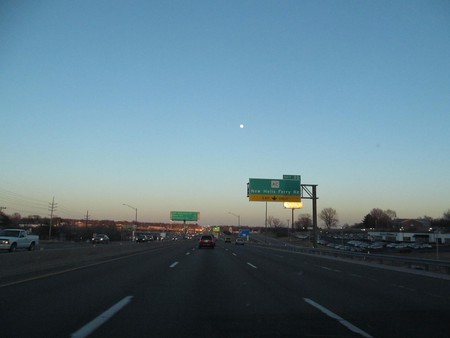 The jar began to attract media attention when a Reddit thread about the container went viral, and the story got picked up in the press. The jar now has fans as far away as Hawaii and the United Kingdom.

The jar has even inspired a copycat one closer to St. Louis, but as Barbara Steen and all the jar’s first fans can attest, there will only ever be one original.