Housed in a building designed by internationally acclaimed architect Tadao Ando, the Pulitzer Arts Foundation is a landmark institution in the bustling Midwest city of St. Louis, Missouri. Often referred to as one of the best exhibition spaces in the world, it is on a par with such renowned galleries as the stunning Chichu Museum of Art in Japan. 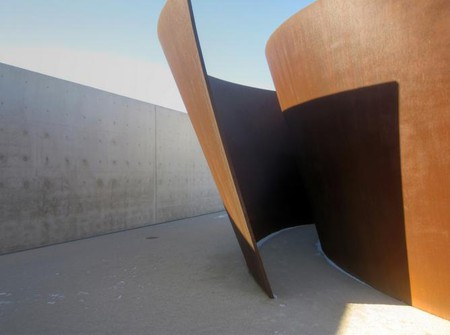 Before embarking on the project of designing the future home of the Pulitzer Arts Foundation, Japanese architect Tadao Ando had established his high reputation in the field of architecture for the simple grace of his designs. Ando’s previous projects included mostly private homes, religious spaces and some museums in Japan, peppered with a few projects in Europe. In 1995, he was awarded the prestigious Pritzker Prize, one of the highest honours in the field of architecture, for his Church of the Light in Ibaraki, Osaka Prefecture, Japan.

The building Ando designed for the Pulitzer Foundation creates large, open interior spaces for exhibitions and is characteristically simple and free of ornamentation on the exterior. Referring to the space as “an uncompromising box”, Ando states that he achieves the desired perception of the space through the use of proportions, in how adjacent spaces relate to each other, and illusions achieved by the building’s asymmetry. It was specifically designed to house works of art, framing the space of the Foundation, but also allowing versatility through its simplicity to compliment the many different types and styles of art that would be coming through the Pulitzer’s doors. The Pulitzer building was a unique project for Ando in that not only was it his first public building in the United States, but also it was the first time he worked in a collaborative effort with other artists to achieve harmony between the building and two commissioned permanent works by Ellsworth Kelly and Richard Serra. 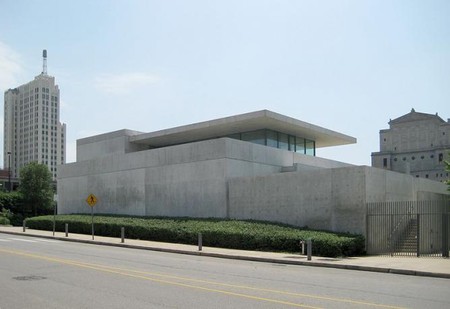 Legendary artists Kelly and Serra were commissioned by the Pulitzer Foundation to create permanent installations that would complement and enhance Ando’s architectural space. Kelly’s painting, Blue Black, and Serra’s sculpture, Joe, are both philosophically kindred to Ando’s Zen aesthetics. With Blue Black, Kelly addresses the relationships of colours to each other in weight and proportion, balancing his canvas in Ando’s curated space to enhance the painting’s effect. Richard Serra is similarly concerned in his practice to the relationship between the viewer and his or her interaction with Serra’s monumental sculpture and the empty space it slices up. This original and highly successful collaboration is one of the Pulitzer Foundation’s stellar achievements, already complete before the doors were opened to the first visitors.

One of the first exhibitions was curated by Ellsworth Kelly, featuring his own work from a span of over 50 years as well as works from the Pulitzer family’s private collection by Mark Rothko and Alberto Giacometti, among others. Future exhibitions have been organised around themes such as the portrait as homage and embodiment in 2007 and, more recently, The Progress of Love, in conjunction with The Menil Collection in Houston and the Centre for Contemporary Art in Lagos, Nigeria. The Pulitzer has also put on solo exhibitions, featuring the work of Gordon Matta-Clark, Ann Hamilton and Dan Flavin.

Although the Pulitzer does concentrate its efforts on modern and contemporary art, the venue has also hosted non-Western and older works of art, including an exhibition of Old Master paintings. For its 10th anniversary, the Pulitzer Foundation organised Reflections of the Buddha. This exhibition showcased Buddhist art from Afghanistan, China, Korea, India, Japan, Nepal, Mongolia, and Tibet and juxtaposed it with works by Oscar Muñoz and Hiroshi Sugimoto, all enhanced by the Pulitzer’s building itself.

The Pulitzer Arts Foundation is unusual in several respects. The aforementioned commissioned works are the extent of its permanent collection, which makes it unlike any other museum. On the other hand, the temporary exhibitions change approximately every six months, and the space was intentionally located in St. Louis’s Grand Center district in an effort toward sparking cultural regeneration in the area. In this sense, it is like a museum. Additionally, due to its sole reliance on private funding from the Pulitzer family, the Foundation has no need to fundraise or charge admission, and limits the number of people allowed in the two days per week it is open to eliminate overcrowding. In this final sense, it is certainly not like an American museum. 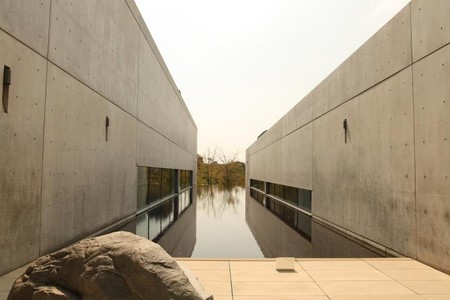 Over the last decade or so, the Pulitzer Foundation has proved its staying power. Once a month, the St. Louis Symphony Orchestra performs in the gallery, accompanying the visual display with an aural ode. There are neither labels for the artworks on display nor didactic texts to tell the viewer what he or she should see or think – for better or worse.

While the foundation cannot be easily labelled, it’s best described as unique institution that functions as a type of idealistic experiment situated between being a museum, a private gallery, a community centre and a work of art in and of itself. Museums can take note of its innovative programming strategy, and techniques for controlling crowds in its exhibitions. Its interdisciplinary focus creates a crossover between the performing and visual arts, to the enhancement of both genres. Not all organisations will be able to implement strategies like being open only two days a week, due to the Pulitzer’s unique funding model, but the art world and cultural travellers alike should keep an eye on The Pulitzer as a bastion of idealism and cultural experimentation.