7 Foods You Can Only Try in St. Louis, Missouri 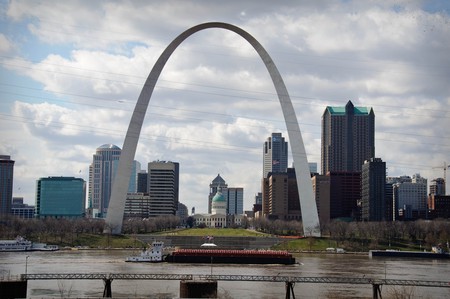 St. Louis is home to the Arch, as well as many culinary delights | © Dave Herholz / Flickr

St. Louisans are proud of their originals—be that hometown celebrities, sports teams, or local recipes. Here are a few of the favorite culinary treats without which no trip to St. Louis would be complete.

Whether you woke up ravenous or you drank a little too much the night before, this breakfast dish is the cure for what ails you. The main components include eggs, potatoes, chili, cheese, and a protein, usually a hamburger patty. It’s all stacked, and those in the know often try to get a taste of everything in each bite. It’s rarely, if ever, a pretty presentation, but the flavor combination when the craving hits is close to unparalleled. For the classics, give City Diner or Courtesy Diner a try.

Former St. Louisans pine for St. Louis-style pizza to the point that some local restaurants even ship it within the United States. However, among non-natives, it can be controversial. The cracker-thin crust is topped with a thin layer of sauce, Provel cheese (which—if you’ve even heard of it—is not quite the monstrosity many believe it to be), and loaded with end-to-end toppings. St. Louis native Jon Hamm famously (well, famously in St. Louis) defended the hometown favorite and its most popular purveyor, Imo’s Pizza, on Jimmy Kimmel Live in 2013, stating that, “It tastes like 11 World Series victories.” He got a lot of points for that one. 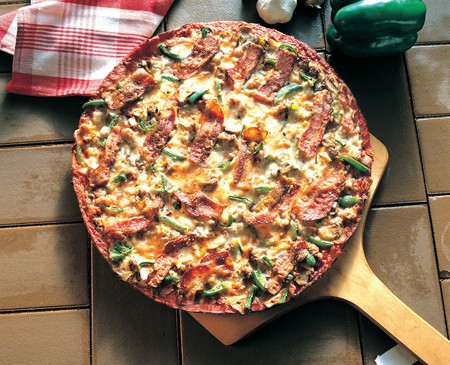 Start with two pieces of white bread. Between them, place a crispy egg foo yong patty. Then slather with mayonnaise, and top with lettuce, tomato, and dill pickles. Or pick up this delicacy at a local South Side Chinese restaurant for less than $5. Yes, really. No one is quite sure why it’s called the St. Paul, though one theory suggests that the inventor was originally from St. Paul, Minnesota.

When done right, never has there been a more satisfying doughy, chewy, and crunchy bite. Starting with ravioli as most people know it, the pasta is then toasted—and by “toasted,” they mean deep-fried—which almost completely changes the dish. Most often meat-filled, though sometimes there’s a cheese option, it’s usually served as an appetizer with marinara dipping sauce. It’s a mainstay on menus throughout the city and is featured with various cuisines, from bar food to the original Italian menu. Arguably the best, however, is at Charlie Gitto’s on The Hill, St. Louis’ Italian neighborhood. 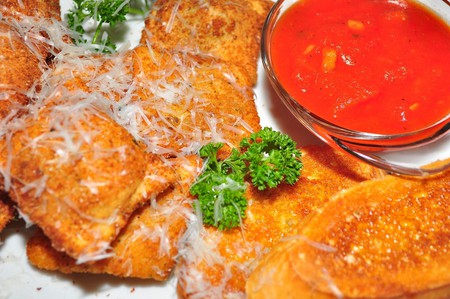 St. Louis-style barbecue is all in the technique—the meat is first cooked and then coated with sweet barbecue sauce, versus dry-rubbed and slow-smoked. Try baby back ribs, brisket, pulled pork, and so much more at Sugarfire, where they’ve put their own twist on the classics.

Many a St. Louis-food skeptic has been turned after their first bite of a Ted Drewes frozen custard concrete. Although the concept of ice cream blended with candy and other toppings isn’t unique to St. Louis, Ted Drewes’ frozen custard is an experience you can only get here. The lines are long, but it will take you as much time to decide what flavor combinations you want to blend for the ultimate frozen-treat experience. As you head back to the parking lot to eat your creation while leaning against your car, turn it upside down. No, really. That’s how rich and creamy your flavor experience is about to get. 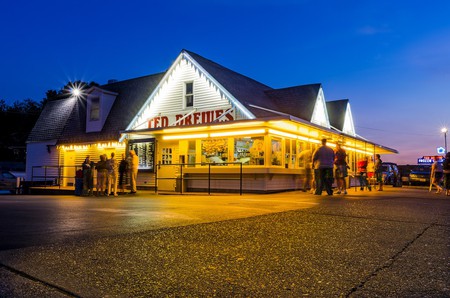 Gooey butter cake is sold in most grocery stores and bakeries in St. Louis, such as Park Avenue Coffee. Many families have even passed recipes down through generations. The exact facts of the origins are mostly unknown, but many believe that a Depression-era German baker was attempting a simple yellow cake and mistakenly added too much butter, too much sugar, or possibly too much of everything. Without the resources to start over, he attempted to sell the resulting confection, which had a dense cake bottom, gooey middle, and powdered-sugar crust on top. The sweet, buttery mess was a hit and is still a classic that locals eagerly offer visitors. 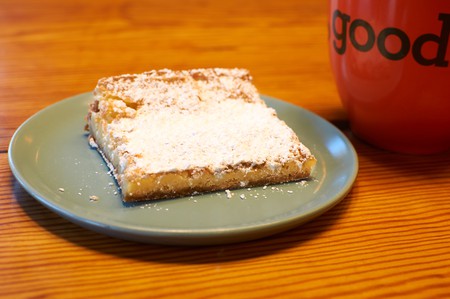 No trip to St. Louis is complete without at least one piece of Gooey Butter Cake | © Park Avenue Coffee
Give us feedback